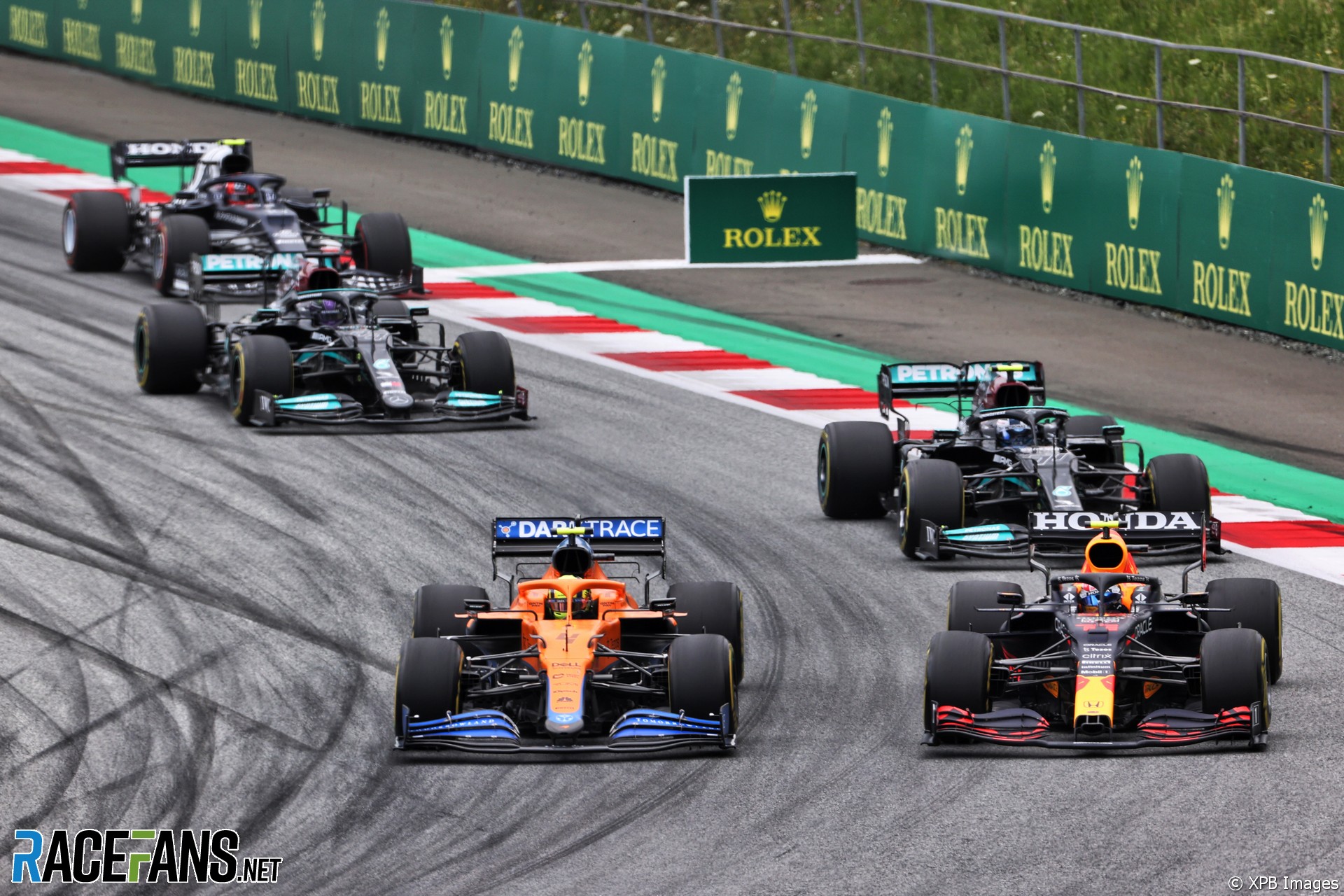 In the round-up: Lando Norris doesn’t expect McLaren to get on terms with F1 pace-setters until after the team’s new wind tunnel is completed.

Norris, whose four-year deal to drive for McLaren was confirmed yesterday, said it’s impossible to tell at this stage how competitive the team might be this season.

“I have strong faith in everyone in McLaren now that they’re working as hard as possible, they’re doing the best job they can to continue this kind of trend we’ve been on, the last few years. Whether that means we jump up a few positions, whether that means we maybe lose a couple of positions, that’s just the way it is. But that doesn’t mean I think anything less of the team or whatever, I’ll still have that faith and confidence.”

Norris believes the team will be better placed to take on the likes of Mercedes and Red Bull later in his new deal with them, after it has completed its wind tunnel upgrade.

“In year two, year three, year four, that’s the higher end and that’s where more opportunities for us as a team to achieve more will be coming.

“I have confidence in the team for this year. Whether or not we will be able to win races or the championship this year, I think, is a very far question, something we just have to wait and see.

“But we still know that without the wind tunnel, without a few things that we have just yet, to be able to beat teams like Mercedes and Red Bull who are performing at such a high level, it’s extremely difficult and almost impossible unless you’re so incredible in every other area that you’re just making up for not having a good enough wind tunnel. And I don’t think we’re at that point just quite yet.”

Crypto.com to sponsor Miami Grand Prix for next nine years

Formula 1 has announced that the promoters of the Miami Grand Prix have committed to a nine-year sponsorship deal with cryptocurrency trading platform Crypto.com.

Crypto.com sponsored F1’s sprint qualifying during the 2021 season, including a prominently branded truck that acted in place of a podium for the top three finishers in sprint qualifying. Six sprint events were originally planned for 2022, but as recently reported F1 is likely to hold just three due to opposition from teams over costs.

The new Miami agreement will feature signage across the circuit and in multiple places around the event site ‘campus,’ including a hospitality terrace and fan zone in the Hard Rock Stadium.

After Formula E debuted its new ‘duels’ qualifying format at the Diriyah Eprix, Venturi driver Lucas di Grassi says that it will be more important than ever, going into future rounds.

Formula E heads to Autodromo Hermanos Rodriguez this Saturday for the third round of the 2022 season. Di Grassi, who won in Maxico in 2017 and 2019 said that since his move to Venturi “we have very strong momentum and in Diriyah, we showed what we are capable of as a team.

“Because the margins between teams are so fine, qualifying will be extremely important this season, and as we saw in the first two races, being consistently fast throughout this stage is crucial,” Di Grassi continued. “I think if we can progress to the duel stages again and reach the semi-finals at least, we should be in a good position to fight for another strong result.”

The luxury automotive leader will spearhead the iconic brand’s global growth, as well as playing a key role in Aston Martin’s future commercial and product strategy.#AstonMartin

The F1 Revolution Will Be Televised (Road & Track)

"Now there’s an added ingredient that would have been absolutely unthinkable under Ecclestone’s snooty, tightfisted regime: After defining itself from the beginning as a sport of exclusivity and prestige, F1 opened its doors to fans with the Netflix docudrama Drive to Survive."

"As the official tyre partner to ERA Championship, Goodyear will supply tyres to every driver and car in the entry-level electric formula racing series that promises to launch a career pathway for promising young driving and engineering talent. Goodyear will provide one slick and one treaded wet specification of tyre to the entire ERA Championship field. "

"The 17-year-old came second in United States Formula 4 last year, and earlier this week it was confirmed he would race an identical Crawford F4-16 car in the Road to Indy’s new USF Juniors series for DEForce Racing."

Sato on growing up in Yokohama, Japan: 'there's a mixture of city and mountains, it isn't flashy' (Formula 2)

"'There is a track that is an hour away from my home and I go there sometimes, maybe once or twice a year. New Tokyo Circuit is where I grew up karting. The layout has changed now, so it isn't the same as when I grew up, but I have been back and it is still fun to drive'"

Biker56 raises a point regarding track preparations for F1’s new downforce generation methods. No race car is pleased to be met with a flying drain cover but could circuit features and furniture face changes due to ground effect?

With ground affect, and higher speeds, the pressure beneath the car will be lower.

Remembering the loose drain cover at Baku 2019 that destroyed GR’s Williams (and maybe 2020 Portugal), have the tracks done anything to prepare for this?
@Biker56