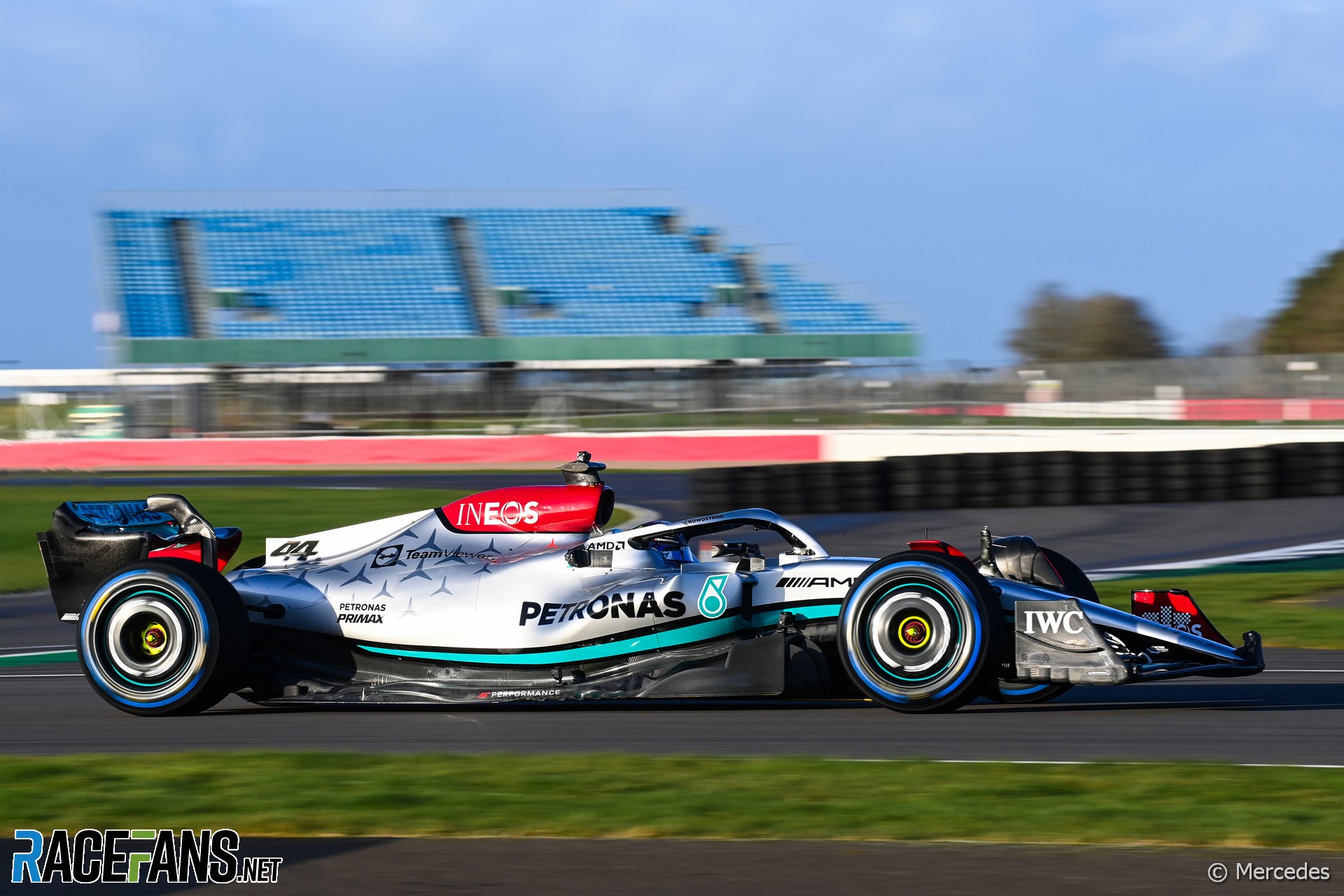 Despite heavy winds from storm Eunice battering much of Britain, the team took advantage of the opportunity to hold a filming day at Silverstone, where the new car was presented for the first time earlier today.

George Russell, the team’s new driver for 2022, was first to take the new car onto the track. His team mate Lewis Hamilton took over later in the day, by which time conditions had improved.

Mercedes join Aston Martin, Ferrari and Red Bull in running shakedown tests for their new cars ahead of the start of the season. Red Bull ran in secret at Silverstone yesterday.