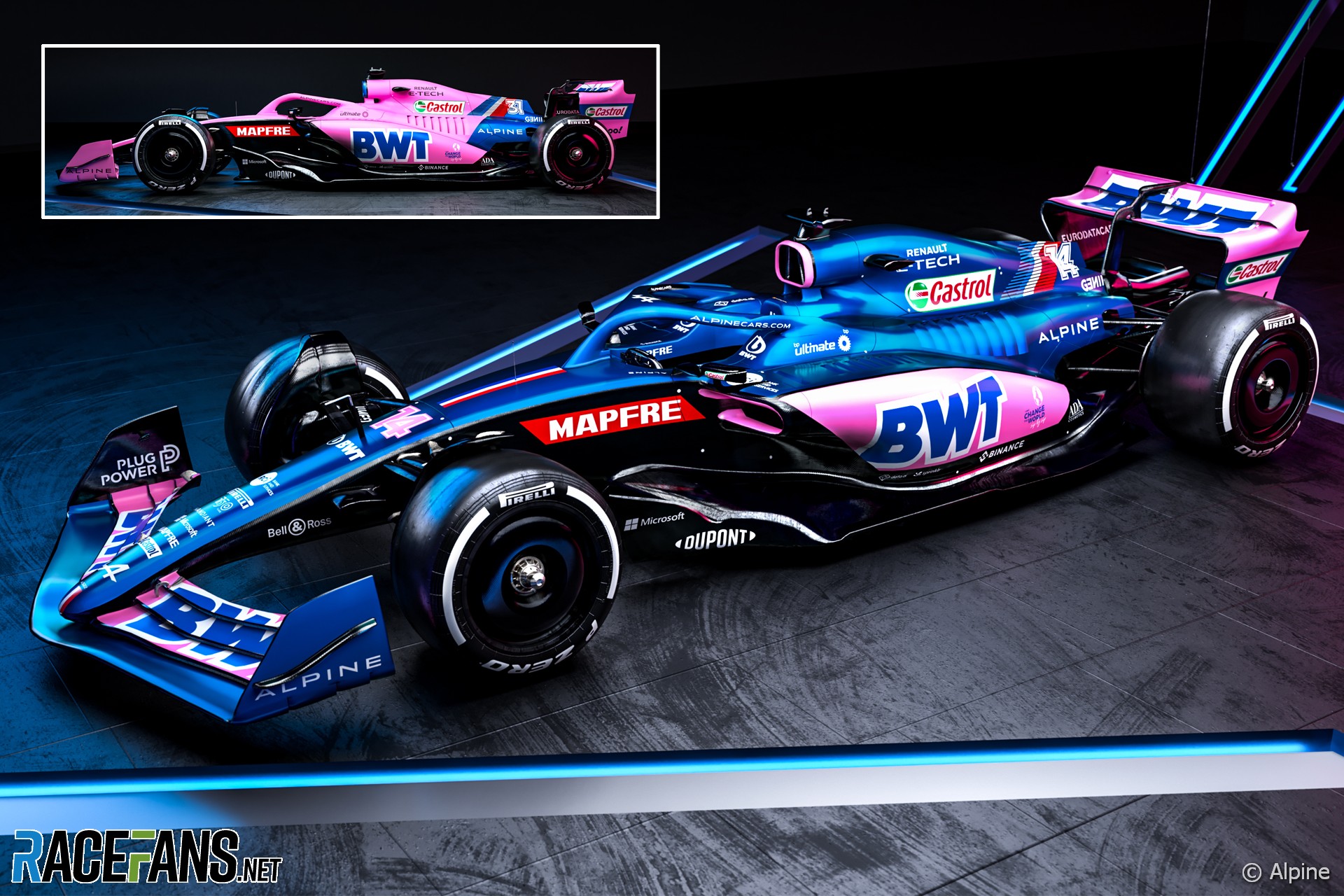 Alpine has presented its new livery for the 2022 Formula 1 season.

The team revealed a car bearing its new blue and pink livery at an event in Paris. The team has landed sponsorship from BWT, which previously sponsored Aston Martin and Racing Point, for the 2022 season.

However the team will start the season using a different, ‘flipped’ colour scheme. It will run a predominantly pink colour scheme over the opening two races, highlighting its new sponsorship deal.

Fernando Alonso and Esteban Ocon remain the team’s drivers for the new season. However the team’s senior management has had a shake-up, with Otmar Szafnauer arriving from Aston Martin to take over as team principal following the departure of former executive director Marcin Budkowski.

“I’ve had the displeasure, I would say, of racing against these formidable competitors,” said Szafnauer. “I remember too well the win in Hungary where they didn’t put a foot wrong and I congratulate them that they are such competitors, a group of racers and I look forward to joining them and helping them not just beat the Aston Martins of this world but everybody else on track.”