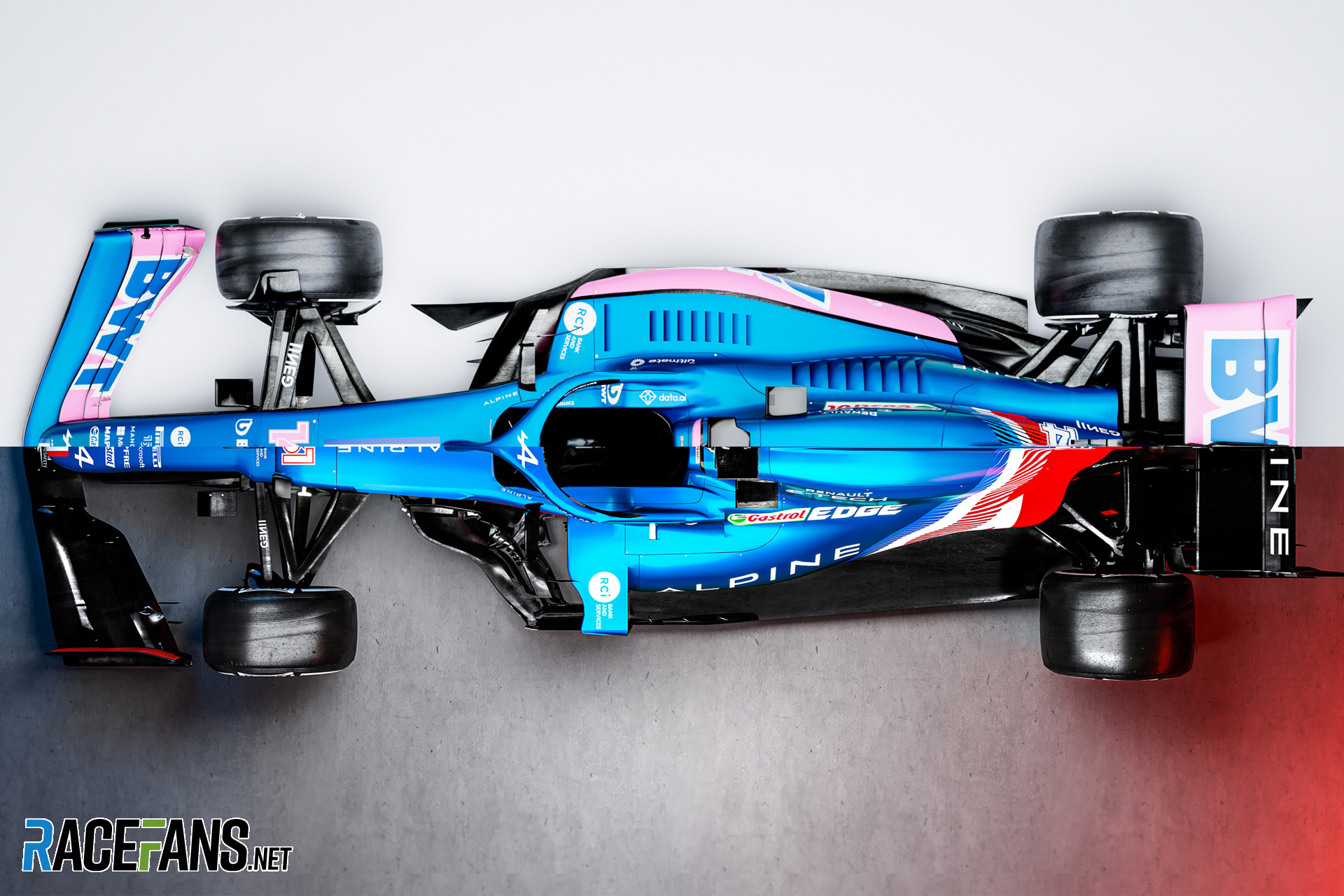 While Alpine presented a show car in Paris yesterday, they also issued images of the new A522 chassis which will run for the first time today.

Like all its rival teams, Alpine have had to get to grips with an entirely new set of technical regulations. But within the A522’s carbon fibre exterior lies a heavily revised Renault RE22 power unit – unique to this team, which it says has undergone an extension transformation for the new season.

The distinctive, enlarged engine cover seen on last year’s Alpine is not apparent from the images issued by the team yesterday. Having seemingly followed the lead set by Mercedes with the packaging of its power unit, Renault appear to have allowed Alpine to make noticeable packaging improvements, as technical director Matt Harman indicated at the car’s launch.

In other respects the differences between this year’s car and last are much the same as they are for other teams. The top-down view shows how drastically reduced the bargeboards are, though Alpine appear to have pushed the limits of the rules here to add bargeboard-like deflectors which extend forwards in front of the sidepods.

“It’s not just the of shape the car’s that changed,” chief technical officer Pat Fry explains, “but the technicality in the rules is massively complicated now. So everyone is trying to look at the wording of the rules to try and work out what we can actually get away with.”

As with many of the cars we’ve seen so far, this is likely to reflect an earlier stage of Alpine’s thinking with its 2022 design. We may see a more evolved version of the car on-track at its shakedown run today and when testing begins tomorrow.

Use the sliders below to transition between images of the 2022 and 2021 Alpine F1 cars.

Note these images may have been altered for ease of comparison and should not be used as a reference for measurements.