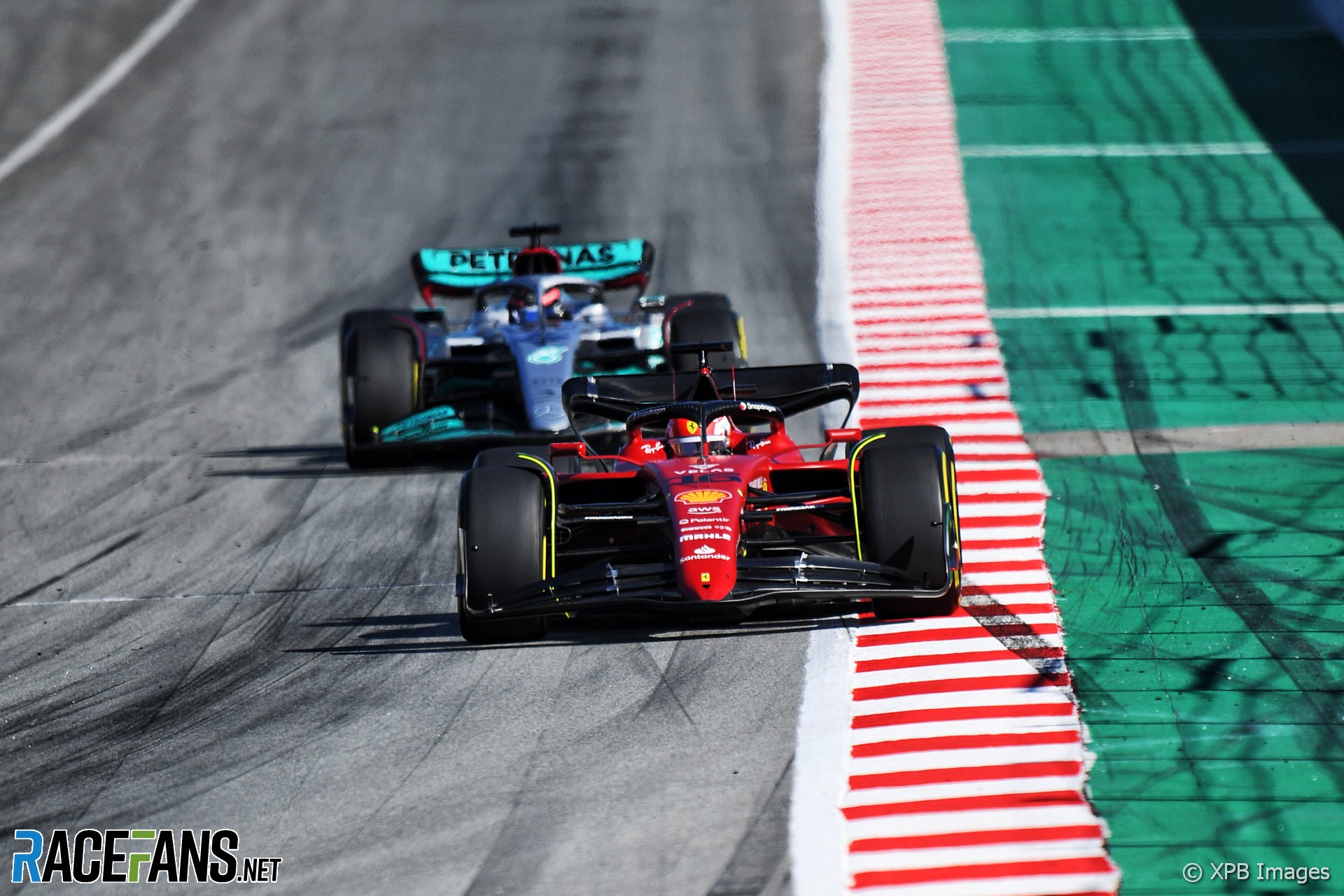 Lewis Hamilton expects Ferrari has seized an opportunity to make more progress early on with the development of their new car for 2022 than Mercedes did.

His Mercedes team were locked in a championship fight with Red Bull which ran until the final race of last season. While the two teams continued work on their 2021 cars, Hamilton expects Ferrari and other teams focused on their new machines for 2022 earlier.

“You would assume that Ferrari perhaps didn’t do much development of that car and just put everything into this year’s car,” he said. “So does that mean that they’re several months ahead? Or a team is several months ahead of everyone? We’ll wait and see.”

Hamilton is relishing the intrigue created by one of the biggest changes in F1’s regulations which was introduced during the off-season. All 10 teams are in action at the Circuit de Catalunya today and many different solutions to the new rules have appeared. Hamilton stopped by the garages of some teams including rivals Red Bull earlier today.

“Just this morning arriving and walking down the pit lane and seeing all the different cars, I think it’s one of the most exciting and interesting seasons that we’ve ever embarked on,” he said. “So it’s interesting to see where everyone comes out and where we stand at the start in the first race.”

“This is a really exciting time,” he added. “We don’t know where everything stands at the moment.

“But I do hope that these rules deliver what Ross [Brawn, F1 motorsport director] showed us years ago in terms of closer racing. It’s definitely puts everyone hopefully on a more level playing field.”

He dismissed the suggestion Mercedes could have gone in the wrong development direction with its 2022 car while it was preoccupied with the title fight last year.

“We’ve got very intelligent people back at our factory, I trust them 100 percent. And whatever we start with today, whether good or bad, we will work through it. And we’ve always had a great development plan and workforce.”