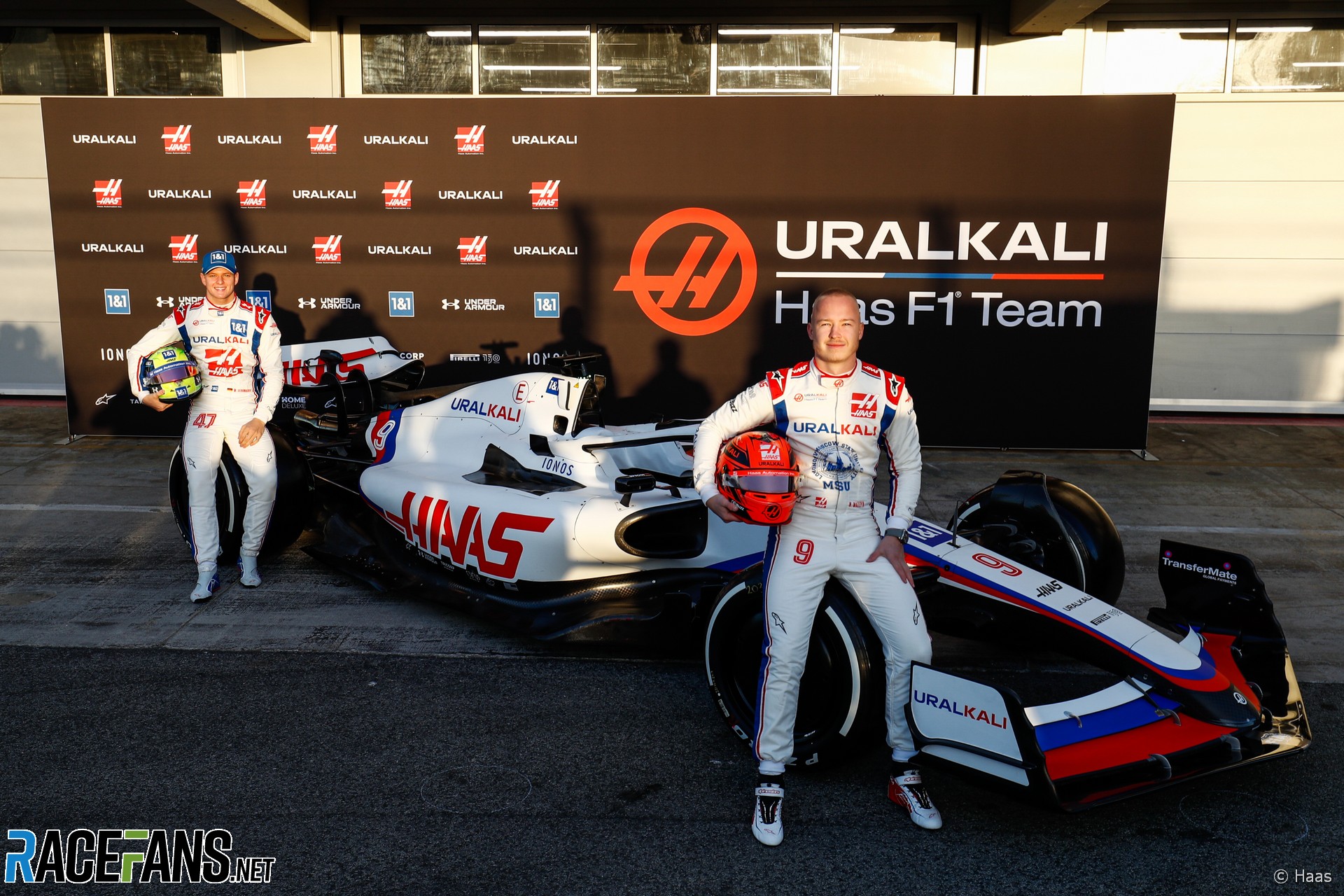 Haas has officially presented the VF-22, its new car for the 2022 Formula 1 season, at the start of testing in Spain.

The team was the first to reveal images of a 2022 car earlier in February when it issued renderings of its new design. The VF-22 ran in a filming day at the Circuit de Catalunya earlier this week and was formally presented at the track ahead of the start of pre-season testing today.

Haas fell to last place in the constructors’ championship in 2021, after concentrating its resources on developing the VF-22, designed to F1’s drastically overhauled technical regulations for the new season.

The team, which entered F1 in 2016, will hope to benefit from continuity as it begins its seventh season. Drivers Nikita Mazepin and Mick Schumacher have a year of experience behind them. Uralkali, which is run by Mazepin’s father Dmitry, remains the team’s title sponsor.

Haas also retains a close technical collaboration with Ferrari, which not only supplies its power unit, but other parts at the rear of the car. A group ex-Ferrari staff, headed by designer Simone Resta and based at Maranello, worked on the design of the new VF-22.