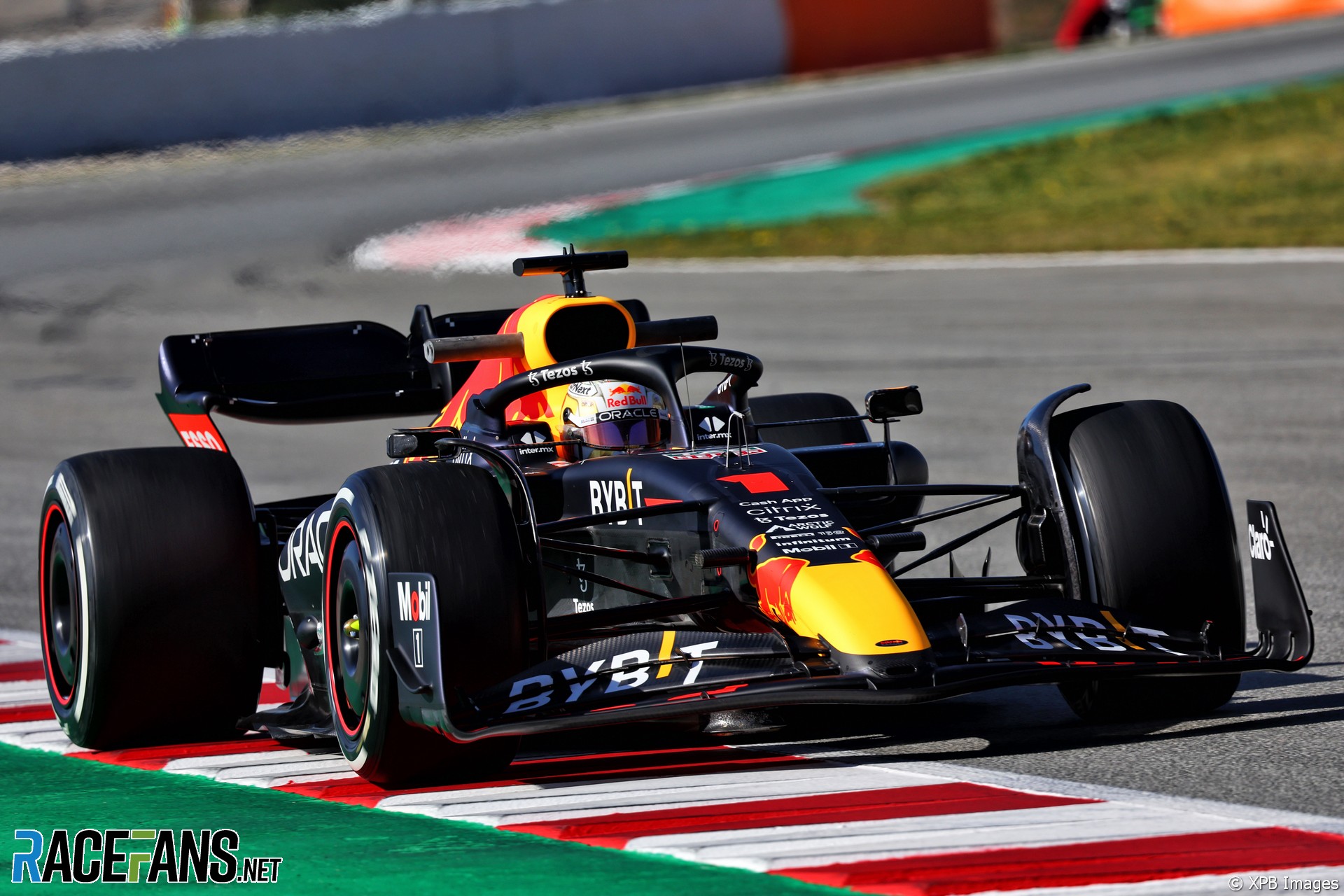 Red Bull has finally revealed the real RB18, its new car for the 2022 Formula 1 season.

The team presented a show car in its latest livery for the upcoming season two weeks ago. But it has kept the real RB18 under wraps, conducting a shakedown test behind closed doors at Silverstone last week, before revealing its genuine car today.

The RB18 immediately caught the eye as its hit the track at the Circuit de Catalunya on the first day of pre-season testing. Its sidepods are steeply cut away beneath its air intakes, and appear to have only recently been completed, having not been fully painted.

Last year Max Verstappen ended the domination of the world championship by Mercedes drivers, beating Lewis Hamilton to the title in a controversial end to the season in Abu Dhabi. As the champion, he has chosen to use the number one on his car this year, replacing the number 33 he has used every season since his debut in 2015.

Team principal Christian Horner said that “RB18 has seen the biggest team effort in the history of our team. I think that 2021 was so demanding, going all the way down to mid-December. So to have to turn this around and build, design and manufacture this car has been an enormous effort and is testimony to the long hours and the hard work that’s gone in behind the scenes in the factory and on the campus in Milton Keynes that we’re here today with this incredible new machine.

He said that there was a clear advantage to maintaining the Red Bull driver line up over the course of such a big change in regulations. “I think they demonstrated last year what a strong pairing they are, and I think that I expect that to grow this year. Checo in his second season with the team and of course, with such a big regulation change, you want your two drivers working together as one unit, and that’s tremendously important to us.”