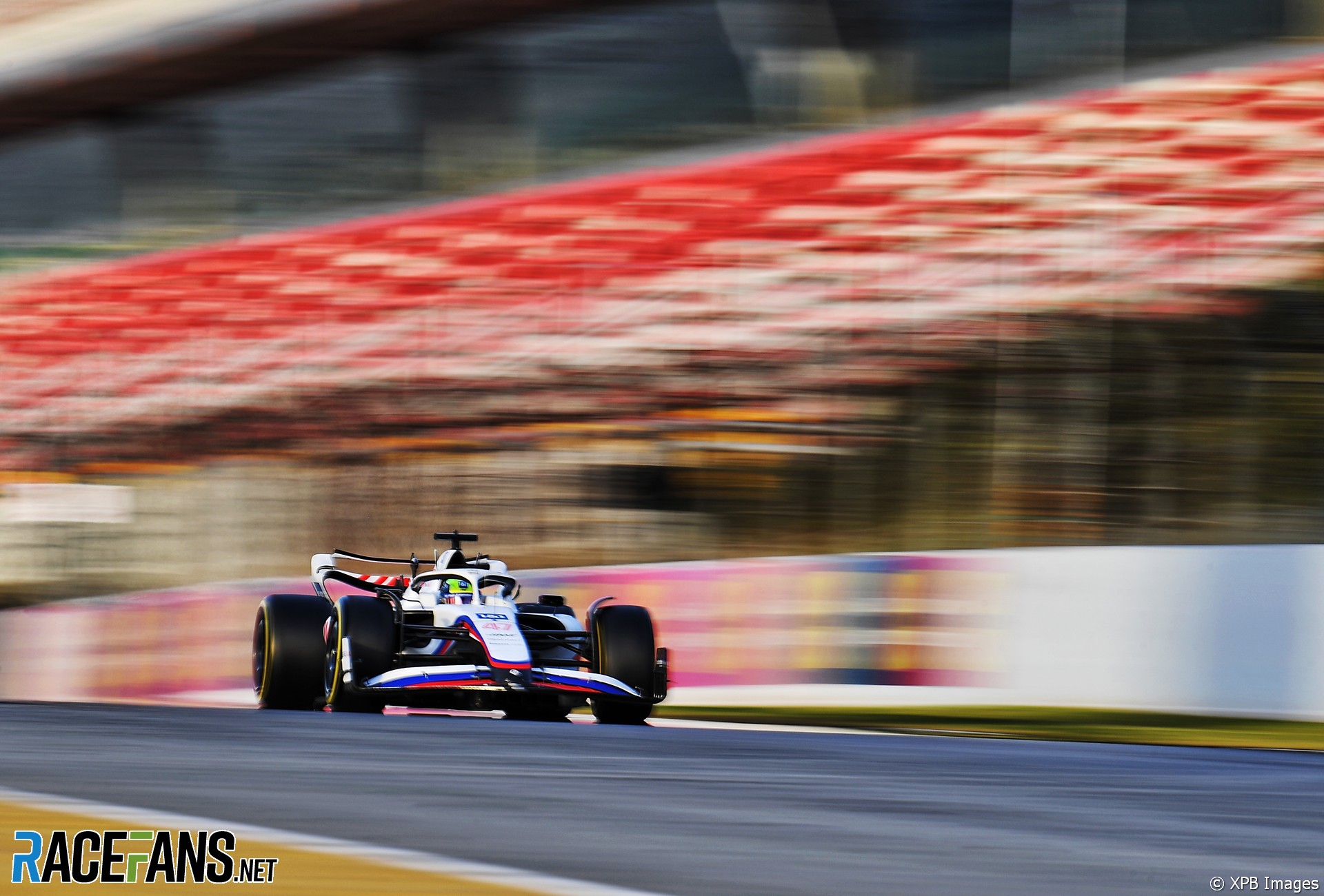 Mick Schumacher believes that all F1 teams will have to deal with potential floor damage issues with 2022’s ground effect cars this season.

The Haas driver took part in the afternoon session of the opening day of pre-season testing for the 2022 season, driving the team’s VF-22 at racing speeds for the first time. However, Schumacher was only able to cover 23 laps in the four hour session after he suffered floor damage during an early run.

Schumacher admits the team were unable to cover the level of distance they wanted to through over the first day of running.

“I think it’s nothing to be concerned about,” he said. “Probably the smile isn’t as big as it could be.

“I mean, we only did 23 laps, from what I saw, from my side. So obviously we would have wanted to have probably a three-digit number there. But those things happen and now it’s just about trying to get the laps that we lost today in tomorrow.”

Schumacher believes that all teams will have to work out how to limit similar floor damage problems with the new ground effect cars for this upcoming season.

“Obviously the floor is taking quite a beating,” Schumacher said. “I think every team has issues with that. So it’s just a matter of trying to [be] one of the quickest teams [to fix it] so that we are able to be at the front.

“It seems like it’s a concern overall for every team. So yeah, I think it will be one of the things we’ll focus on. And I think the first one to fix that will probably be up ahead.”

Schumacher will run in Thursday’s morning session in the VF-22, before handing over the car to team mate Nikita Mazepin in the afternoon.