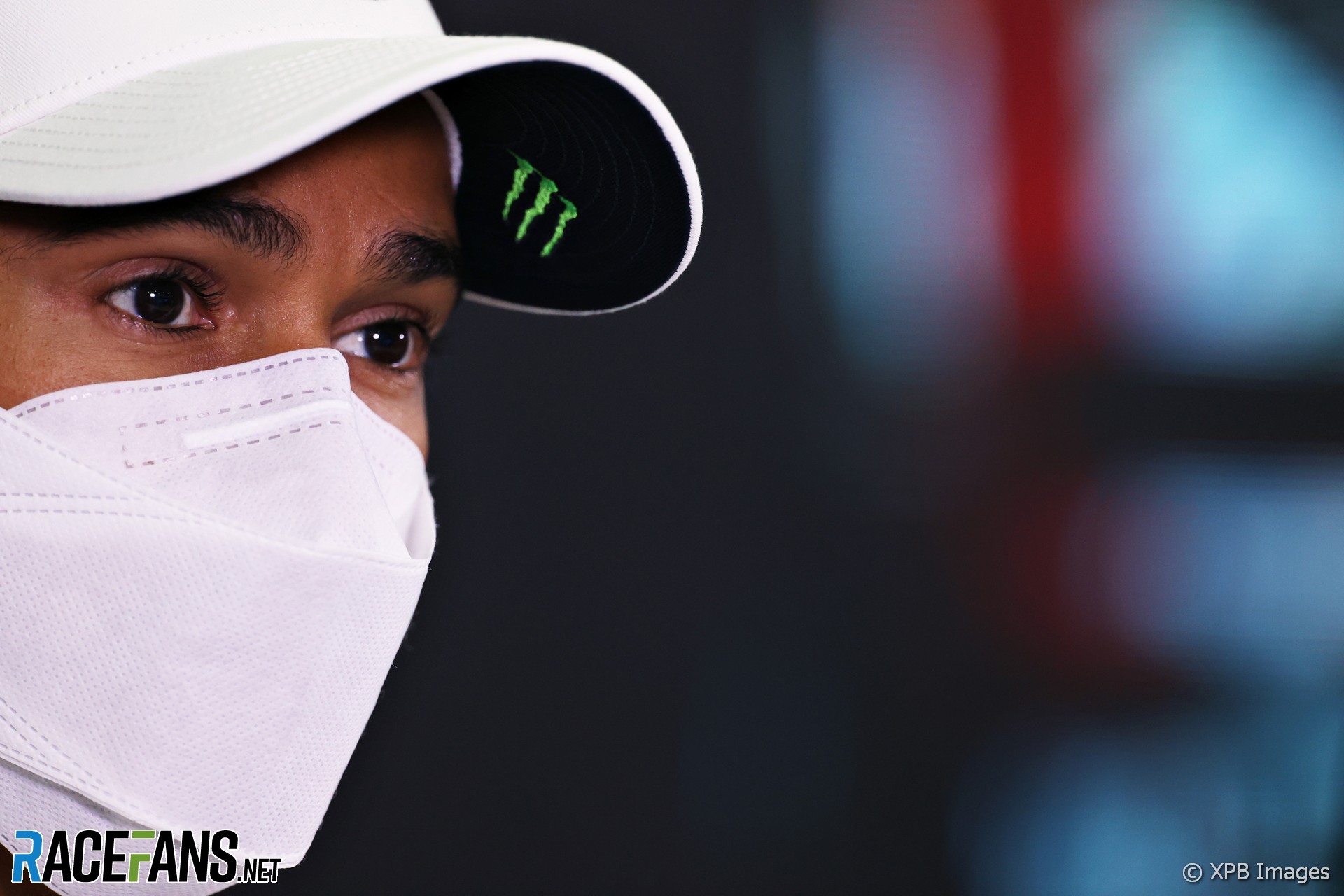 Lewis Hamilton believes some Formula 1 stewards show too much bias towards particular drivers.

The seven-times world champion also said he wants to see more diversity among F1’s selection of stewards at race weekends.

The FIA is making extensive changes to officiating in F1 following last year’s finale in Abu Dhabi, where Hamilton lost the world championship to Max Verstappen following a controversial call by former race director Michael Masi. The role previously held by Masi will now be shared by two people.

The role of the stewards, who make decisions on racing incidents and determine any penalties which are issued, has not been changed. But Hamilton has called for broader representation among the different stewards appointed from race-to-race.

“I want to see more women in the stewards’ room,” said Hamilton at Circuit de Catalunya today. “I think last year it was maybe one or two.

“It would be awesome for them to have a male and female as the two race directors that they’re talking about doing. I think that’s a great way of promoting diversity too.”

Hamilton also suggest some stewards may take a softer stance against particular drivers.

A series of other disputes over the racing rules arose during 2021, notably in Brazil, after Verstappen forced Hamilton wide and was not investigated by the stewards. Nicholas Latifi expects the changes to race control this year to improve the consistency of decisions made by the stewards.

“Last year it was clear with some of the racing actions with some of the drivers it wasn’t always the most consistent calls. Sometimes a driver gets away with forcing another driver off the track without a penalty, other times it involved a penalty.

“Obviously there’s some changes now in the FIA the race directors, putting in place new measures, we’re talking about this new virtual assistant to race control. So I think there’s going to be a process to hopefully improve the consistency.

“I’m sure in terms of what is and isn’t allowed maybe at the first drivers meeting I’m sure there’ll be some chats amongst us all to try and get some clarification on that so we know from race one what’s allowed and what’s not.”

However Daniel Ricciardo expects there is always likely to be some disagreement between drivers over where the limit between hard and unfair racing lies.

“Probably amongst all of us drivers, we’re probably in line with what we think is the way to go racing,” he said. “But there will still be a bit of a difference also in what’s forcing and what’s not.

“So even between us, it’s not always that straightforward. Not an easy job, but if there is at least that kind of consistency that’s all we can ask, and then we know a little bit better what’s right from wrong.”