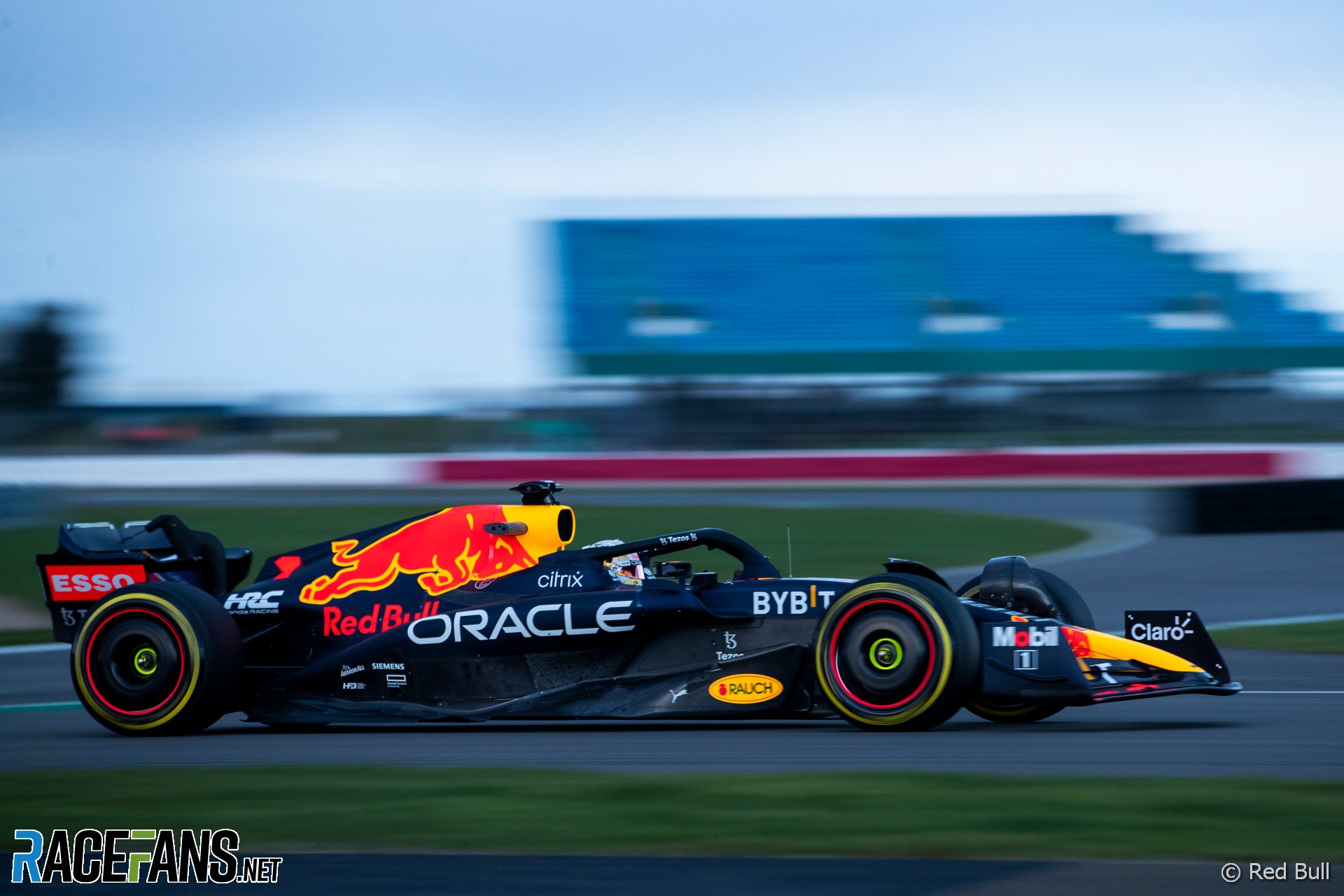 Max Verstappen reserved his judgement on Red Bull’s new RB18 after his first run in the car behind closed doors at Silverstone last week.

Red Bull presented a show car at their livery launch two weeks ago. The RB18 was seen in public for the first time today in pre-season testing.

But the car ran for the first time at Silverstone last Thursday. Like many of their rivals, Red Bull used one of its filming days to conduct a shakedown test of its new car.

“We managed to get it running and your first impressions, which I think always very important” said Verstappen. “But the car looks good. The rules are very different this year with the cars so it’s nice to get your first few laps and get a feel.”

All ten F1 teams have produced cars to radically new technical regulations for the upcoming season. The new world champion said he didn’t have any immediate impression of the changes.

“I don’t have anything yet, I just want to rock up to the track and try to do the best I can like every single year,” he said. “And then if the car is quick then I’m sure we can do a very good job again.”

Sergio Perez, who is going into his second year at the team, praised the effort Red Bull had put into the RB18.

“I think the key to it will be the rate that we can do through this season, that will be the massive impact,” he added. “You could really see with the different cars the way some of the teams have interpreted the rules. It will be interesting come the first race to see which concept of car is the best.”

Verstappen is driving the car again in testing at the Circuit de Catalunya today. Perez is due to take over tomorrow.