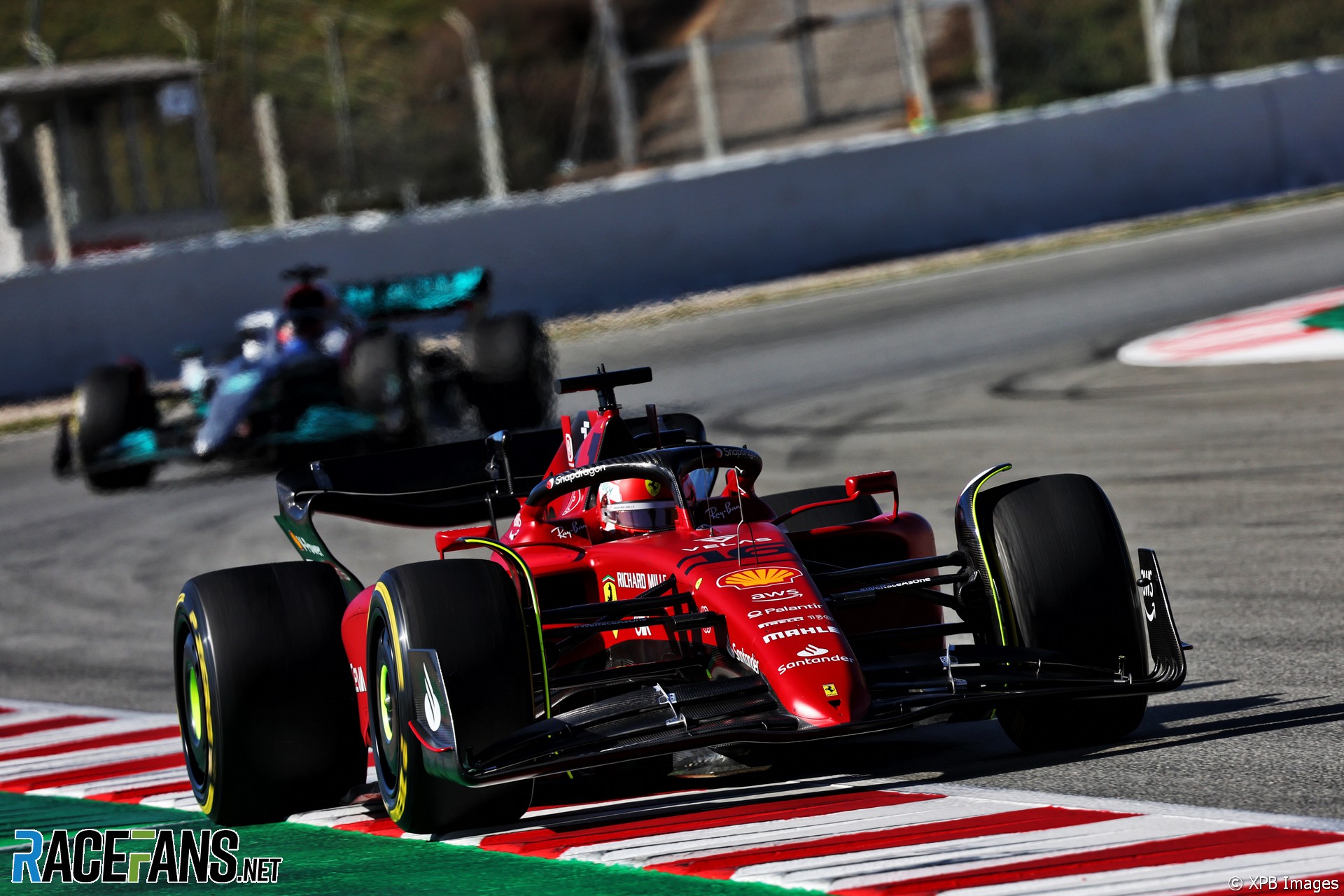 Formula 1’s radical new era officially began at Barcelona this morning, as the first day of pre-season testing for the 2022 season began at the Circuit de Catalunya.

All 10 teams completed at least some running with their new cars for 2022 during the morning session, with Ferrari, Mercedes, Red Bull and Williams all covering a race distance.

It was a morning free from major problems or red flag interruptions, allowing teams to commence their testing programmes without any disruptions.

Charles Leclerc went quickest of all the 10 drivers in the new Ferrari F1-75, recording a best time of a 1’20.165. Lando Norris was second fastest, three tenths slower in the McLaren MCL36.

New Mercedes driver George Russell was third quickest in the Mercedes W13, six tenths from Leclerc’s pace. Sebastian Vettel was just over a second slower than Leclerc with the fourth fastest time of the session, with Yuki Tsunoda recording the fifth-fastest time in the AlphaTauri.

World champion Max Verstappen was sixth-quickest in the new RB18, but logged the most laps of any of the ten drivers to partake in the morning session, with 80 laps completed.

Lewis Hamilton will take over the Mercedes for the afternoon session, while Lance Stroll will replace Vettel in the Aston Martin. Alex Albon will step into the Williams taking over from Latifi, while Valtteri Bottas will get a turn in the Alfa Romeo. Mick Schumacher will also get his first turn out in the VF-22 this afternoon.