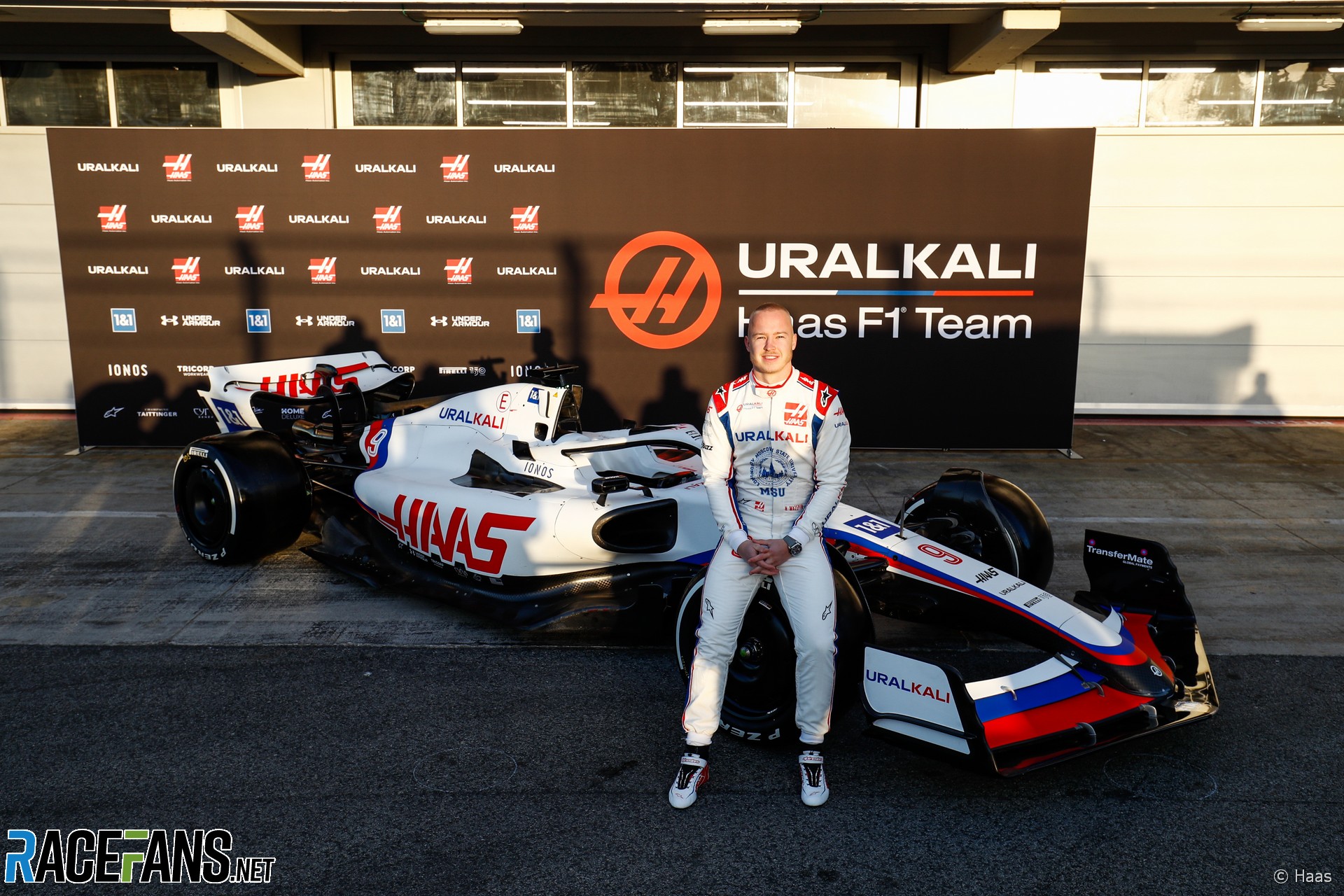 Nikita Mazepin expects the Russian Grand Prix will go ahead this year despite the escalating diplomatic crisis over Ukraine.

The race which is due to take place in September was called into question after the Russian army moved into eastern Ukraine yesterday. International sanctions have been brought against Russia by the United States, European Union and United Kingdom.

British prime minister Boris Johnson said it was “inconceivable” the UEFA Champions League football final could take place under the circumstances. It is slated to be held in St Petersburg, three months earlier than grand prix in Sochi.

However Mazepin, F1’s only Russian driver, said he expects the series will head to Sochi as usual.

“From the understanding that we’ve had with Formula 1 the race is going ahead,” he told Sky, “and you will surely see me there.”

“I have always been a big support of sport without politics,” he added. “Today I am in Barcelona. I cannot tell you the excitement of driving the new car and the excitement of actually being involved in the development of this new car, from seeing the pictures and then seeing it in physical, carbon copy of the pictures is great.”

Mazepin’s father Dmitry is the CEO of Russian fertiliser manufacturer Uralkali, which is the title sponsor of Haas. The team previously played down the concerns financial sanctions against Russia could present it with funding problems.

Haas officially presented its new car for the 2022 season today and Mazepin drove it this morning. However technical trouble limited him to just 18 laps over five hours, the second-lowest tally after Robert Kubica’s nine.

Mazepin said the reason for the issues was that “sometimes simulation doesn’t match real life” and “the cars [are] such on the edge of technology that sometimes reliability is a weak point.” However, after Haas’ 2021 struggles he said that there were reasons to be optimistic: “I just hope the performance is there and it looks like it is.”