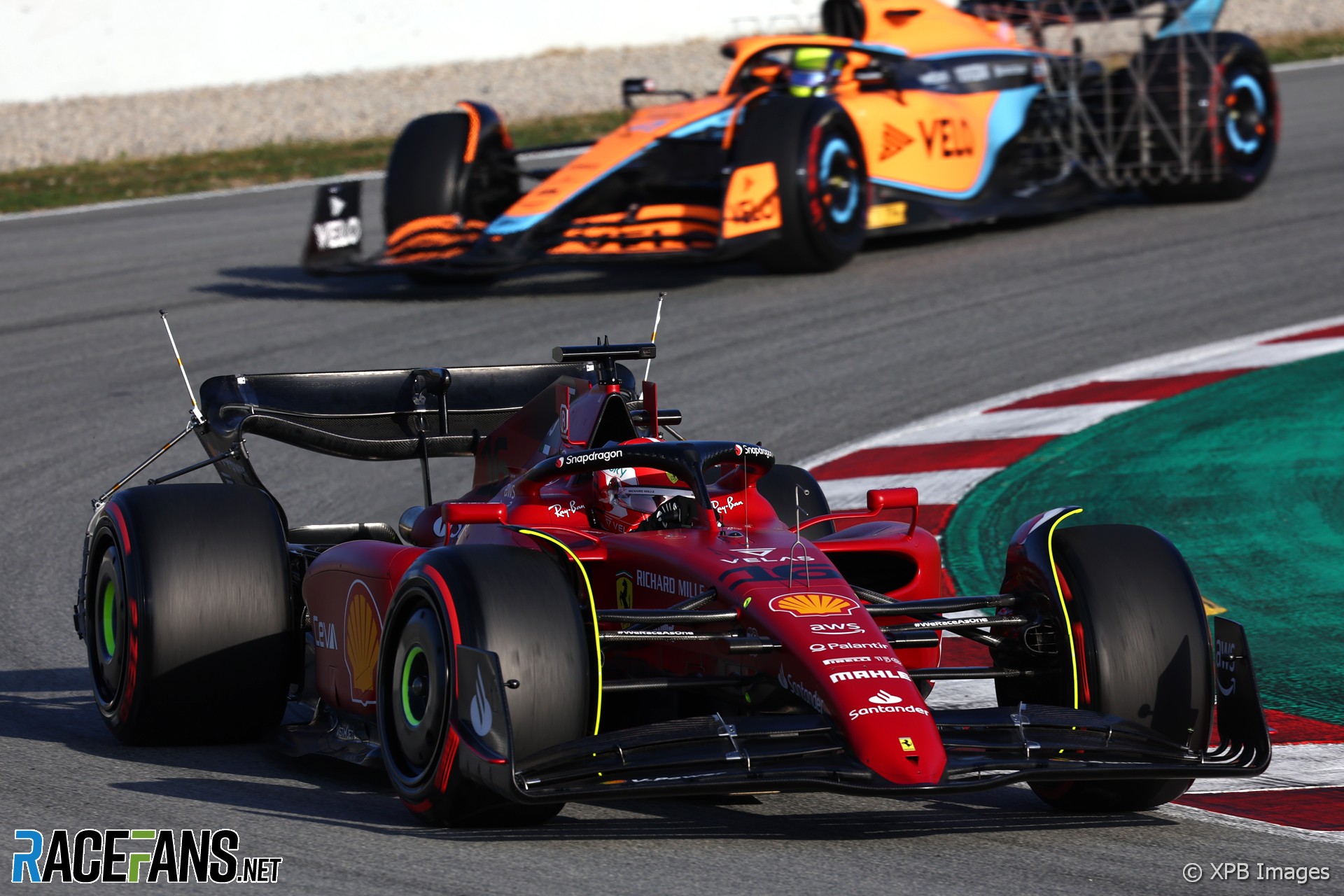 George Russell believes Ferrari and McLaren look stronger than his Mercedes team after the first two days of testing for the 2022 Formula 1 season.

After completing a full race distance in Barcelona during the afternoon session on day two of testing, Russell’s personal best lap of a 1’20.537 was Mercedes’ quickest lap of the test so far, but only fast enough to see him end the day fourth-fastest. Russell’s team mate, Lewis Hamilton, covered 40 laps of the Circuit de Catalunya during the morning session, but was ranked last of the 16 runners.

Speaking after the day’s running, Russell admitted he was wary of the overall performance shown by Ferrari and McLaren over the first two days of testing.

Charles Leclerc set the overall best time of the day in the Ferrari. Lando Norris went quickest of all in the McLaren MCL36 on the first day on Wednesday and team mate Daniel Ricciardo finished day two in third place, having been quickest in the morning.

When asked where he felt Mercedes compared to Ferrari and McLaren, Russell replied: “certainly not ahead. That’s pretty, pretty sure.

“They seem to have things well under control and they’re on top of everything and they look very strong – low fuel, high fuel, and with the tyre management,” Russell continued. “So, who knows?

“We all know that we’re on different programmes, but we definitely know from the average of all of the different runs we’re behind them at the moment. So let’s wait and see. Championships are not won in Barcelona winter testing, but it’s certainly been an intriguing two days.”