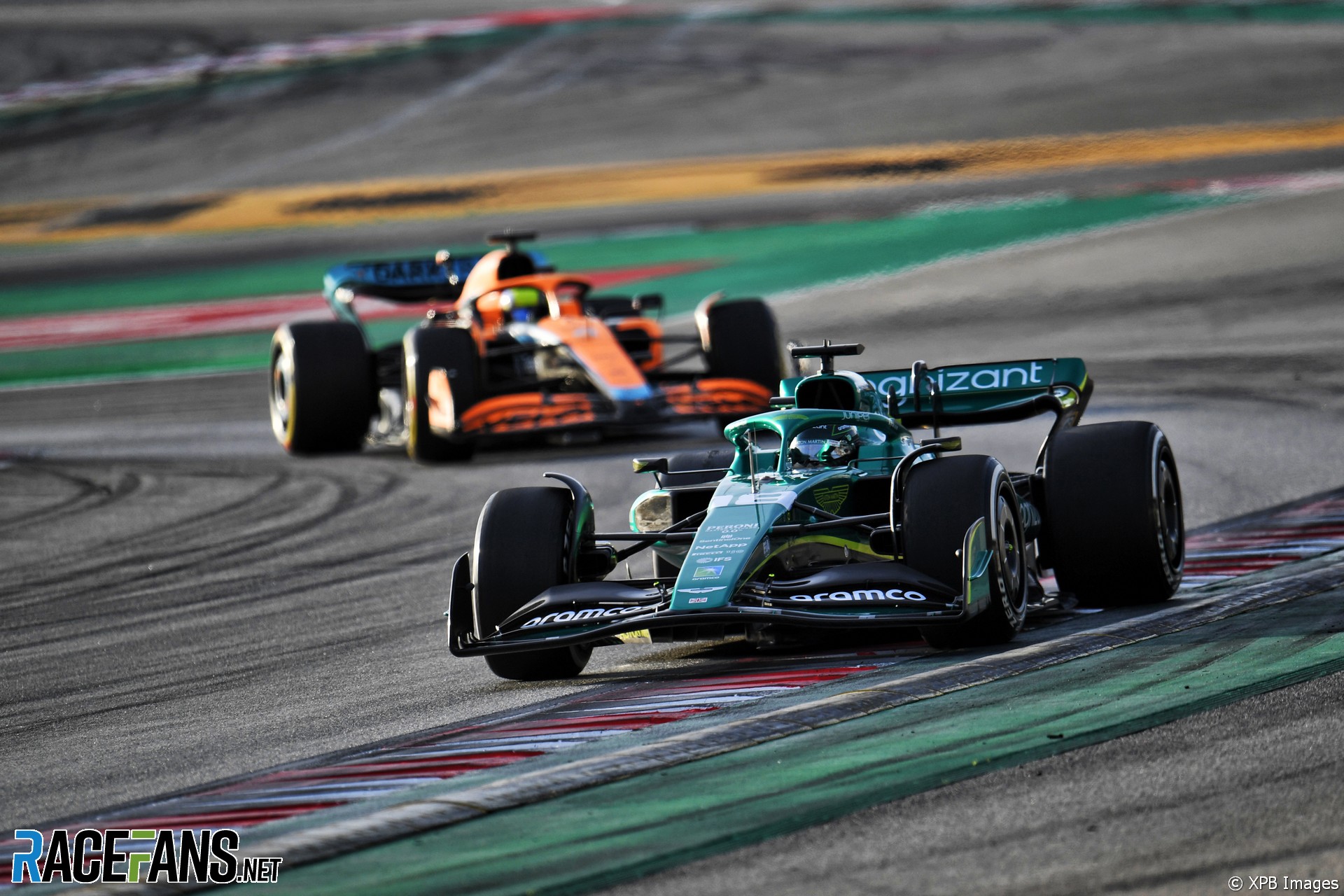 Formula 1’s attempt to make overtaking easier with its new rules for 2022 is showing early signs of success, according to two drivers.

Max Verstappen and Alexander Albon both remarked they found it easier to run closely to other cars during the test.

“I had a couple of laps behind Gasly and it feels good, the initial feeling,” said Albon, who has returned to Formula 1 this year after a season in the DTM.

“Obviously I haven’t raced in a while, so it’s a bit harder on that side. But I was surprised how close I could stay through turn two, turn three. I was almost under-driving because I was expecting worse, if that makes sense. But the initial feeling is positive.”

F1 has introduced drastically revised technical regulations for the new season which are designed to reduce the disruptive turbulence produced by each car, which makes it harder for others to follow behind closely. Max Verstappen concurred with Albon’s view that the changes appear to have been successful.

“I’ve been following a few cars and it seems like it’s a little bit easier to stay behind,” he said. “At least you don’t have this weird loss of downforce where sometimes you have a lot of understeer or massive oversteer.”

However he doesn’t expect the changes to completely eradicate the negative effect of following behind another car.

“Of course I don’t expect it to be fully gone and [that] you can follow on the rear diffuser, because of the speeds we’re still doing in an F1 car. But it all seems a bit more under control.”

15 comments on “Following other cars has become easier with new rules, Verstappen and Albon agree”