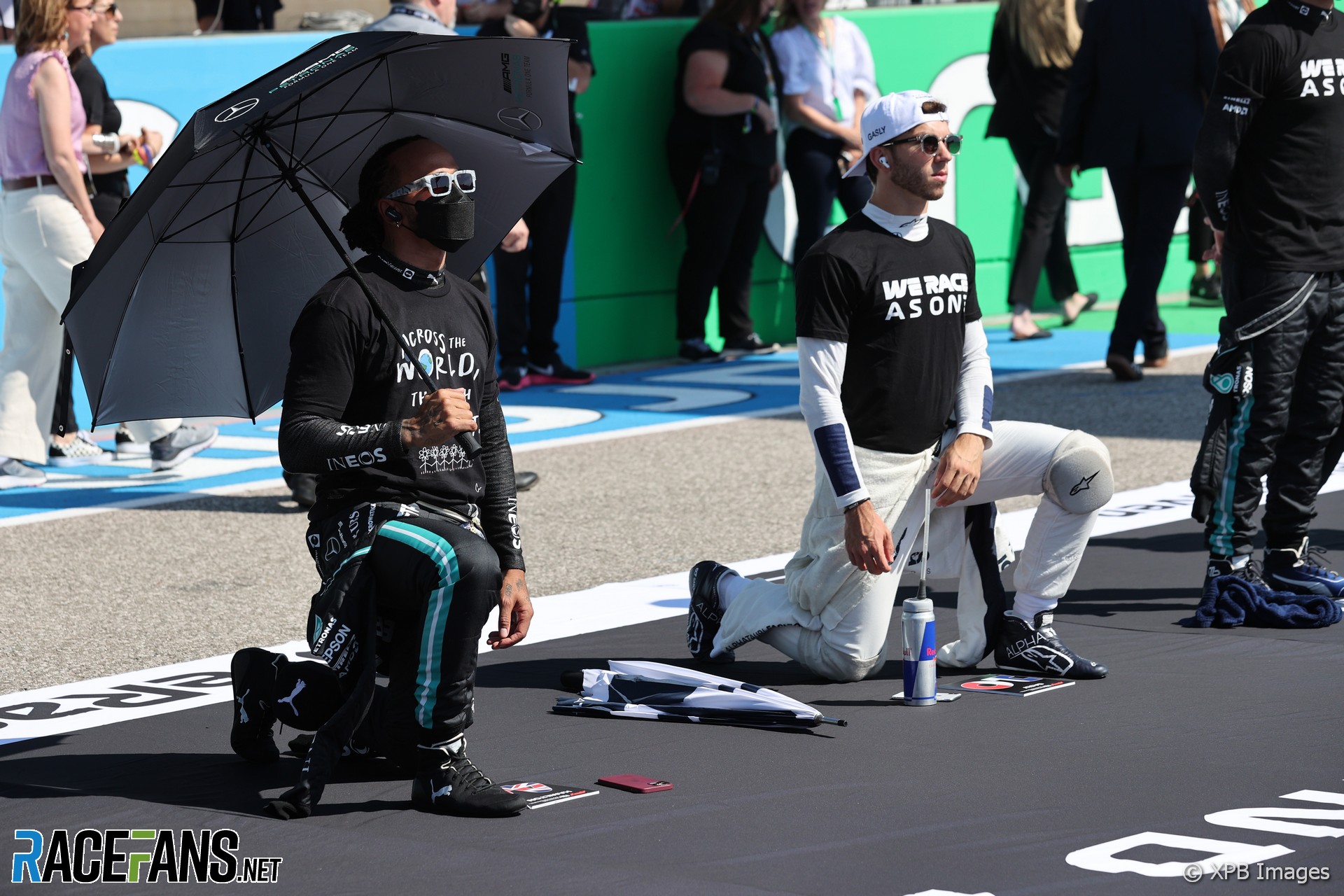 Lewis Hamilton has backed Formula 1 CEO Stefano Domenicali’s decision to end the series’ pre-race We Race As One grid moments.

Domenicali revealed last month F1 will not continue to give drivers a designated time to show their support for causes such as diversity and environmentalism. Drivers will still be free to ‘take the knee’ and perform other such gestures at other times if they choose, and F1 will continue to produce the We Race As One video which airs at the start of races.

We Race As One was launched prior to the start of the 2020 season. It came about partly as a result of a wave of protests and social outrage in response to the murder of George Floyd in America, with Hamilton himself participating in a Black Lives Matter protest in London during the delay to the opening race of the 2020 season.

When asked by RaceFans yesterday, Hamilton said he accepted Domenicali’s view that taking action to promote diversity and other causes should take priority over gestures.

“I’ve not put a huge amount of thought to it but, of course, I do think what Stefano said makes sense, that it is about action now, and so that’s something that I look forward to seeing over a period of time,” said Hamilton.

“Things like, for example, I had a great call last year with all the teams about getting included in this charter, so that every team is trying to push for diversity. I guess just really rather than just talking about these things and making those gestures, actually really pushing [for change].”

Hamilton indicated he may continue to perform gestures of his own ahead of races. “I don’t know whether we need to have that one moment. We should be able to do it at any stage, really.

“I did feel that the overall slogan last year, with all the different things compiled into one, I think we can do more and be more impactful somehow. But I don’t know what that is just yet.”

In the two years since We Race As One began, Hamilton has set up The Hamilton Commission which produced a report looking at the causes of the under-representation of black people such as himself in motor racing. His Mercedes team has launched its Accelerate 25 programme which aims to increase the diversity of its new hirings.