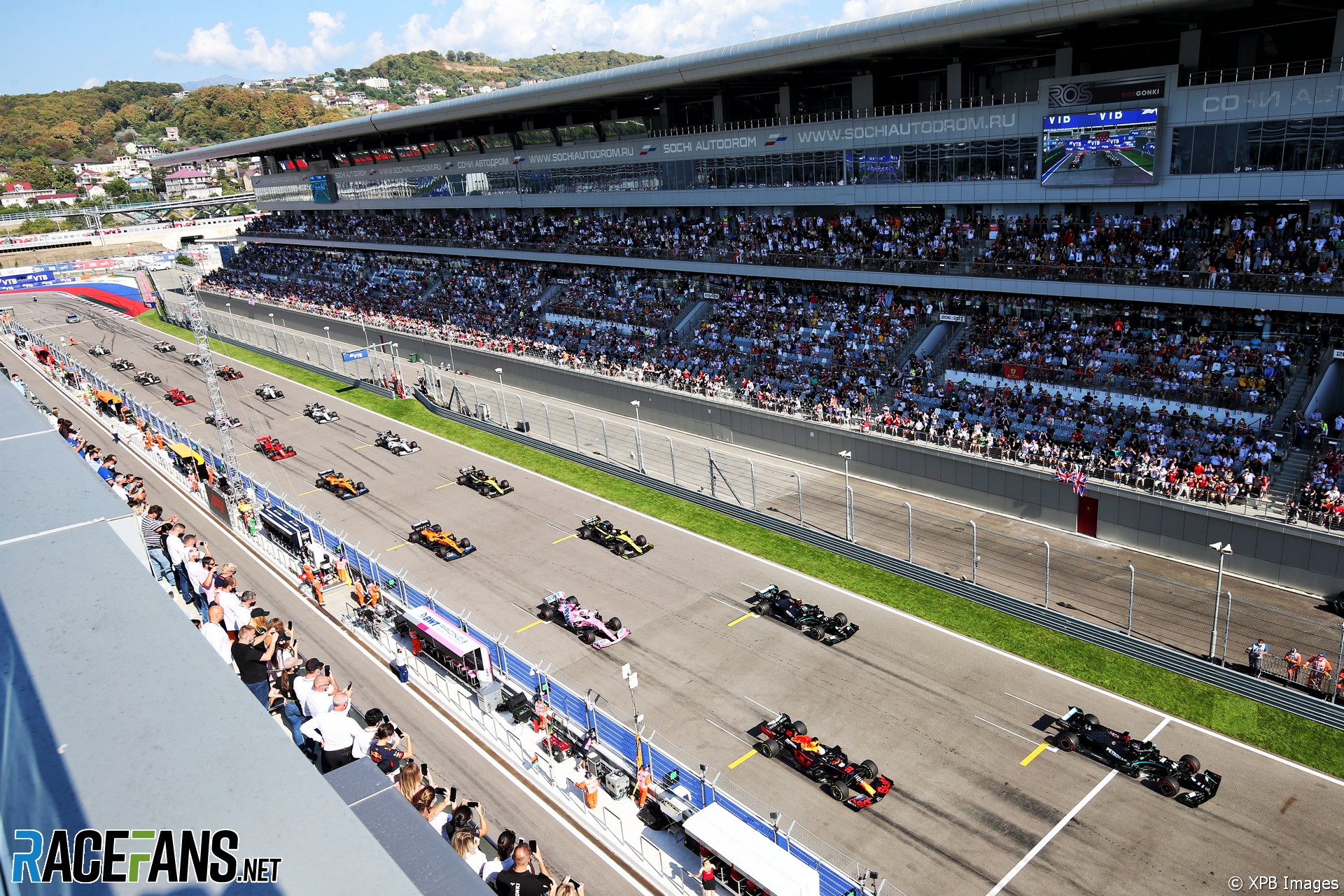 This year’s Russian Grand Prix will not go ahead, Formula 1 has confirmed.

The series has been under pressure to cancel the race, which was due to take place on September 25th, following Russia’s invasion of Ukraine yesterday. F1 CEO Stefano Domenicali held a meeting with team principals yesterday.

In a statement on Friday F1 said: “The FIA Formula 1 World Championship visits countries all over the world with a positive vision to unite people, bringing nations together. We are watching the developments in Ukraine with sadness and shock and hope for a swift and peaceful resolution to the present situation.

“On Thursday evening Formula 1, the FIA, and the teams discussed the position of our sport, and the conclusion is, including the view of all relevant stakeholders, that it is impossible to hold the Russian Grand Prix in the current circumstances.”

Formula 2 also indicated its support races at the grand prix will not go ahead.

However shortly afterwards the race promoter Rosgonki issued a response claiming the cancellation of the race was not definitive.

“According to the official statement released by Formula 1 on 25/02/2022, due to the current political situation in the world, the FIA has decided to suspend preparations for the Formula 1 world championship round in Russia previously scheduled to be held in Sochi in September 2022 because it is impossible to hold it in the current circumstances.

“The agreement between the official Russian Grand Prix promoter ANO ‘Rosgonki’ and Formula 1 is suspended due to force majeure events.”

Rosgonki told fans not to seek refunds on tickets they had purchased at this stage. “The purchased tickets are not cancelled,” it said. “There is no need to get refunds for them now because it is still possible that the round will take place and will be held as previously scheduled.”

McLaren said on social media it “is in full support of F1 and the FIA’s decision to remove the 2022 Russian Grand Prix from the 2022 race calendar.”

Team principal Andreas Seidl said they expressed their opposition to racing in Sochi during yesterday’s meeting. “We as McLaren made our position clear that, from our point of view, the Russian Grand Prix is untenable under the current circumstances,” he said.

This year’s Russian Grand Prix was due to be the last at Sochi Autodrom before the event moved to the Igora Drive circuit outside St Petersburg.