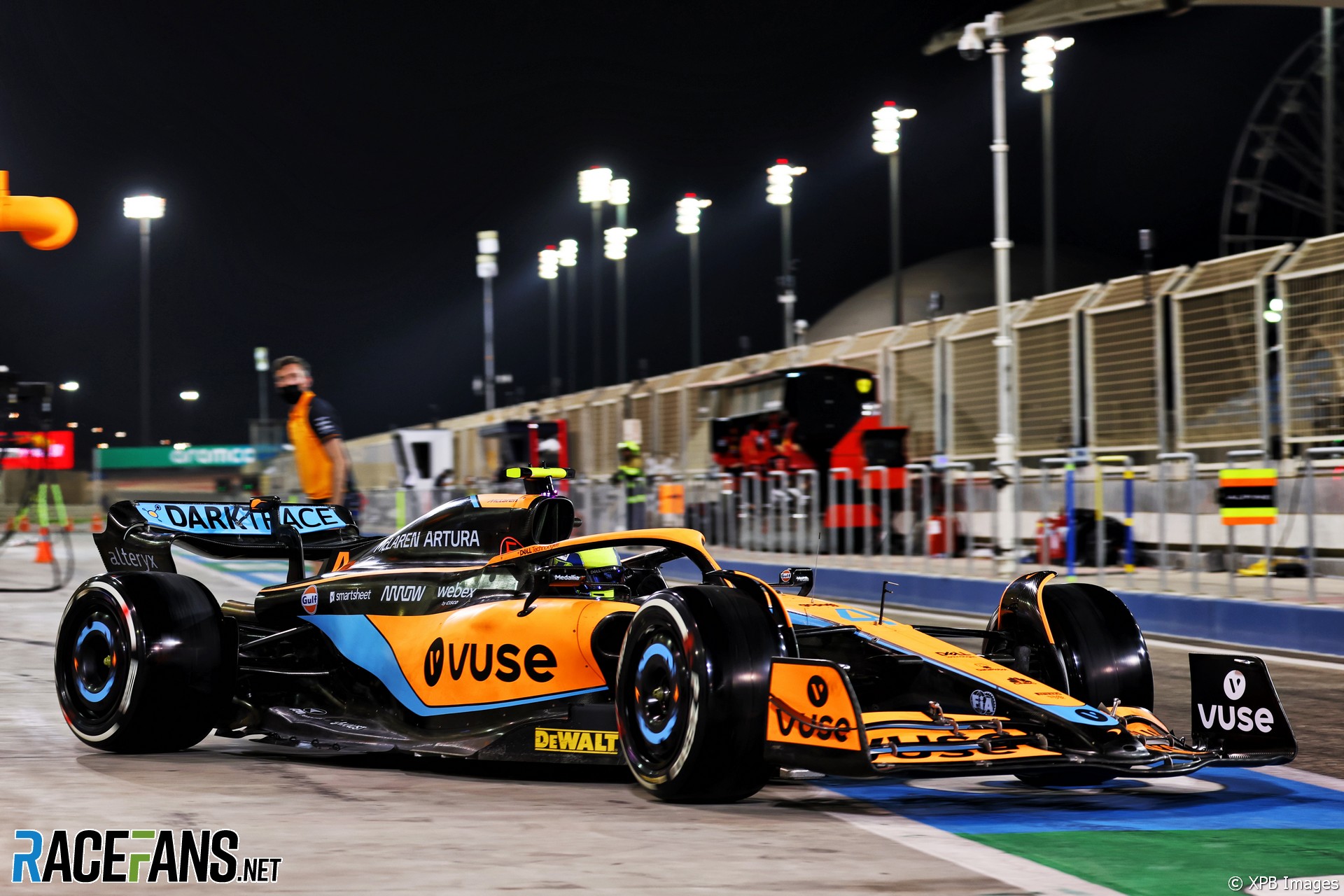 Lando Norris says the braking problems McLaren encountered during today’s test in Bahrain won’t be solved easily and will limit the team’s mileage in the meantime.

The McLaren driver was restricted to 50 laps on Thursday while many of their rival teams covered twice as many.

“We just had problems with the brakes today, simple as that,” Norris explained. “The exact problem I’m not too sure, just temperatures and stuff.”

Rising brake temperatures confined the team to short-length runs, he said. “It didn’t allow us to do long runs at least.

“There’s things we’re trying to fix for the next few days, it’s not going to be an easy fix. We’ll see what we can do. Everyone’s working hard to come up with something.”

The team are already working on improvements which will help them cover more laps in the coming days, he said. “We hope to figure out things tonight and over tonight and into tomorrow and so on.

“But it wasn’t obviously something we could just fix today. It’s not something that is easy to fix.

“We’ll come up with compromises and things in there to allow us to do more running, for sure. The guys are already working on that.

“I’m not too sure just yet, I was just driving the car as much as I could and getting to know everything else. There’s just a lot of work to do.”

Norris took over driving duties today from team mate Daniel Ricciardo, who is unwell. He said the team are unsure whether Ricciardo will be able to return for Friday’s running.