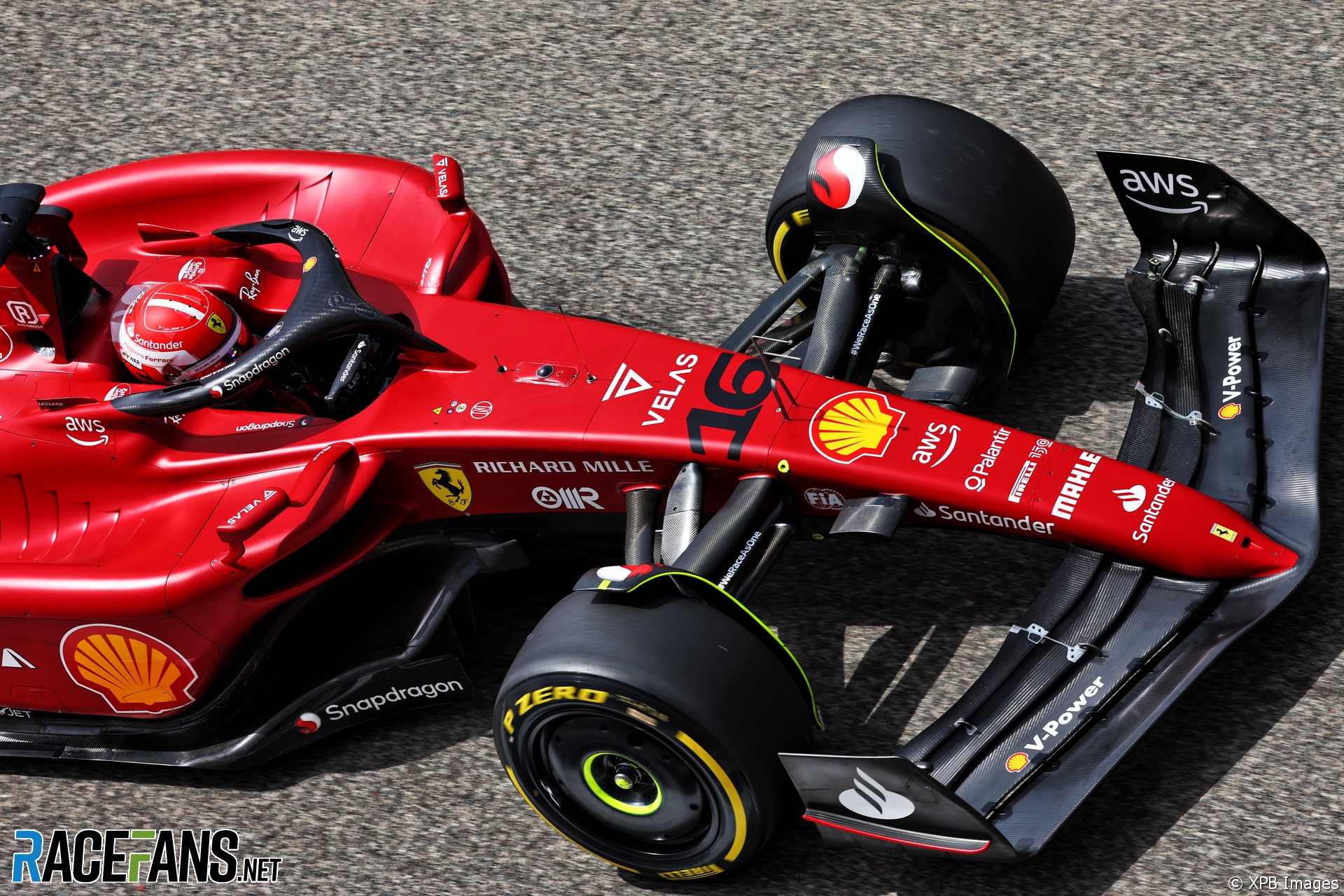 Red Bull team principal Christian Horner believes Ferrari have got off to a strong start in testing for the 2022 Formula 1 season.

The F1-75 has been consistently among the quickest cars on the track since pre-season testing began at the Circuit de Catalunya two weeks ago.

Mercedes caused a stir yesterday by revealing a significant upgrade to their W13 which now features much slimmer sidepods. Horner said it was hard to tell at this stage what different it has made to their performance.

“The jungle drums speak fairly loud on these kind of things in Formula 1 and there’s been rumours of fairly radical interpretation,” he said in response to a question from RaceFans. “Even so it obviously visually is quite a departure from the concepts we and other teams have taken.

“That doesn’t mean to say it’s naturally better or worse – it’s just a different interpretation. Of course there’s compromises that have been made with their layout to accommodate that. So it’s impossible to draw any conclusions other than it looks very different.”

He said another of Red Bull’s rivals has impressed him most since testing began. “For me the car that looks the most settled on circuit is the Ferrari at the moment,” said Horner.

“They’ve had a very strong testing period so far both in Barcelona and in Bahrain so far. I would say they’ve looked extremely competitive on track.

“But you have to remember these cars are still very immature. The rate of development will be fast and intense and I expect that to change and Mercedes are going to be a huge factor in this championship, I have no doubt.”

Horner countered reports elsewhere yesterday claiming he had suggested Mercedes’ sidepod design contravenes the rules. “It looks like it ticks all the boxes,” he said.

“Comments have been quoted that certainly weren’t made,” Horner added. “I think that the car is obviously innovative, it’s an interesting solution.

“As far as we’re concerned the Mercedes car looks like it complies with the regulations. It’s just a different interpretation, a different solution.”

While Ferrari’s pace stood out for Horner, he also believes Mercedes are yet to reveal their real potential.

“It’s just impossible to tell. I think what you can say is that it’s only going to be next Saturday [in qualifying] you’ll get the first snapshot when the fuel comes out, people run as close to the weight limit as they can and we’ll see how competitive they are.

“We’ve got a complete clean sheet of paper. I don’t think Mercedes have fully shown their hand here. I think Ferrari are the form team you’d have to say at the moment. Hopefully we can be in there as well. It looks like McLaren have a strong car, Alpine have been quick so it’s impossible to predict.”