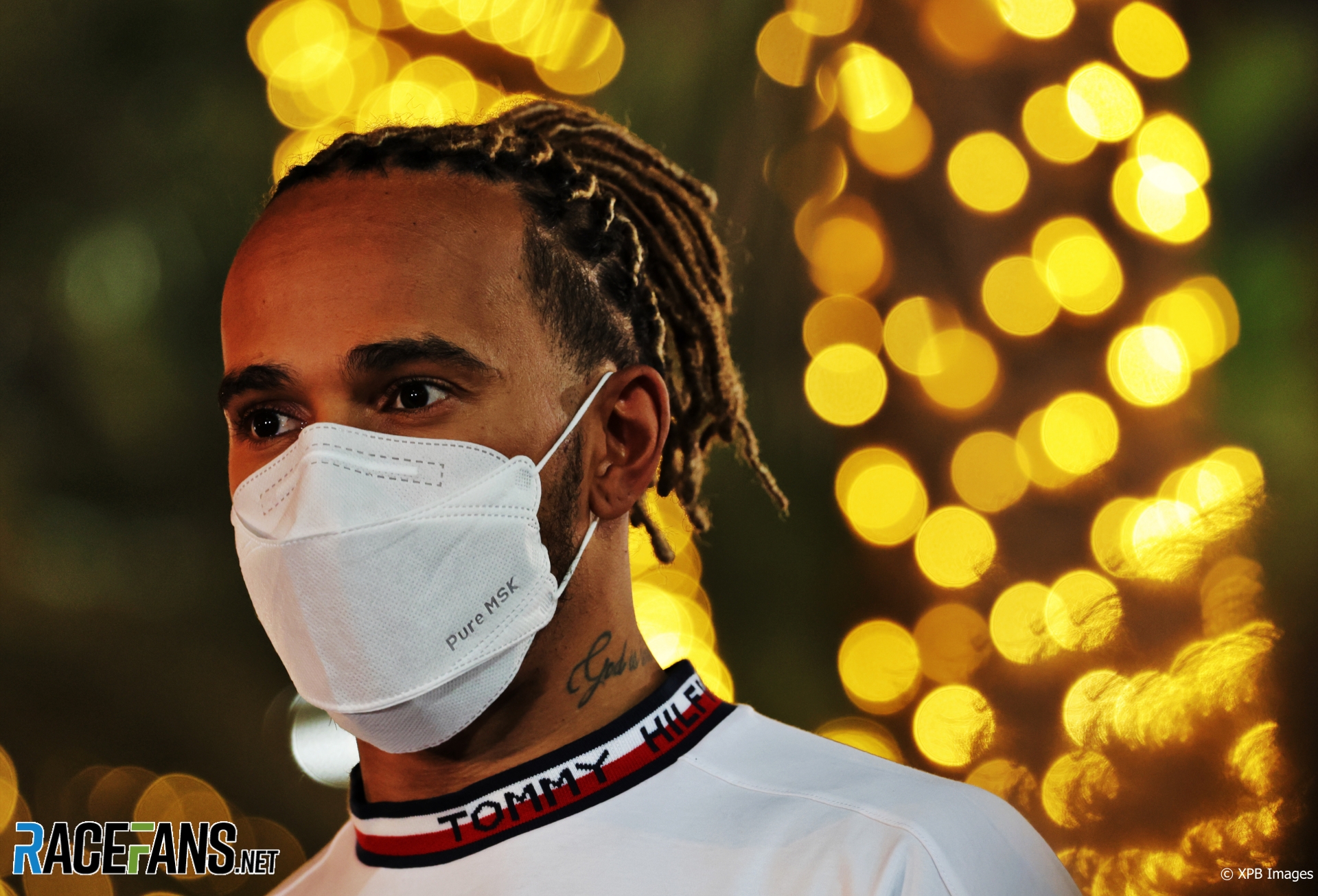 Lewis Hamilton welcomed the FIA’s admission that errors were made in the handling of last year’s championship-deciding Abu Dhabi Grand Prix.

The governing body today released a seven-page executive summary of its findings after it examined the controversial circumstances in which Hamilton lost the championship to Max Verstappen last year.

It determined FIA F1 race director Michael Masi failed to comply with F1’s rules by bringing the Safety Car immediately after ordering lapped cars to unlap themselves. The FIA also said a “human error” led to only five of the eight lapped cars – the five which separated Hamilton from his championship rival Verstappen – being allowed to rejoin the lead lap.

The report was released minutes after final practice for the Bahrain Grand Prix. Speaking after qualifying, Hamilton said he had not had a chance to read it. “I’ll read it maybe after the weekend or something like that,” he said.

Having been informed of its key findings, Hamilton said he was pleased its authors acknowledged errors were made by race direction in their handling of the final restart.

“I wasn’t expecting an apology, and it’s not really something I’m really focussed on,” said Hamilton. “We know that’s the way it is and that wasn’t going to probably happen.

“But the fact is that at least there is that transparency, I mean it’s a human error, I think that’s a positive step.”

The report stated explicitly that no mechanism exists for altering the outcome of the race or Verstappen’s championship triumph.

“We can’t go back, unfortunately, and change the past,” said Hamilton. “And so I just look at focussing on doing what I can do now and trying to shape the future, working with this team, trying to get this car into a window, we’ve got a bit of work to do.”

Mercedes team principal Toto Wolff said he’s “not been thinking about Abu Dhabi any more since our car has proven to be not competitive on the track for this year.”

However he praised the FIA for taking the step of publishing the report’s findings. “I think it’s a massive step change to what we’ve seen before.

“Whether the report is complete or not, or weak or hard, I think to release it is a good step forward in terms of governance. And you can read it either way.

“For us there is the words that say ‘human error’. Human error and the acknowledgement of is, I think, very important and now we close the chapter.”