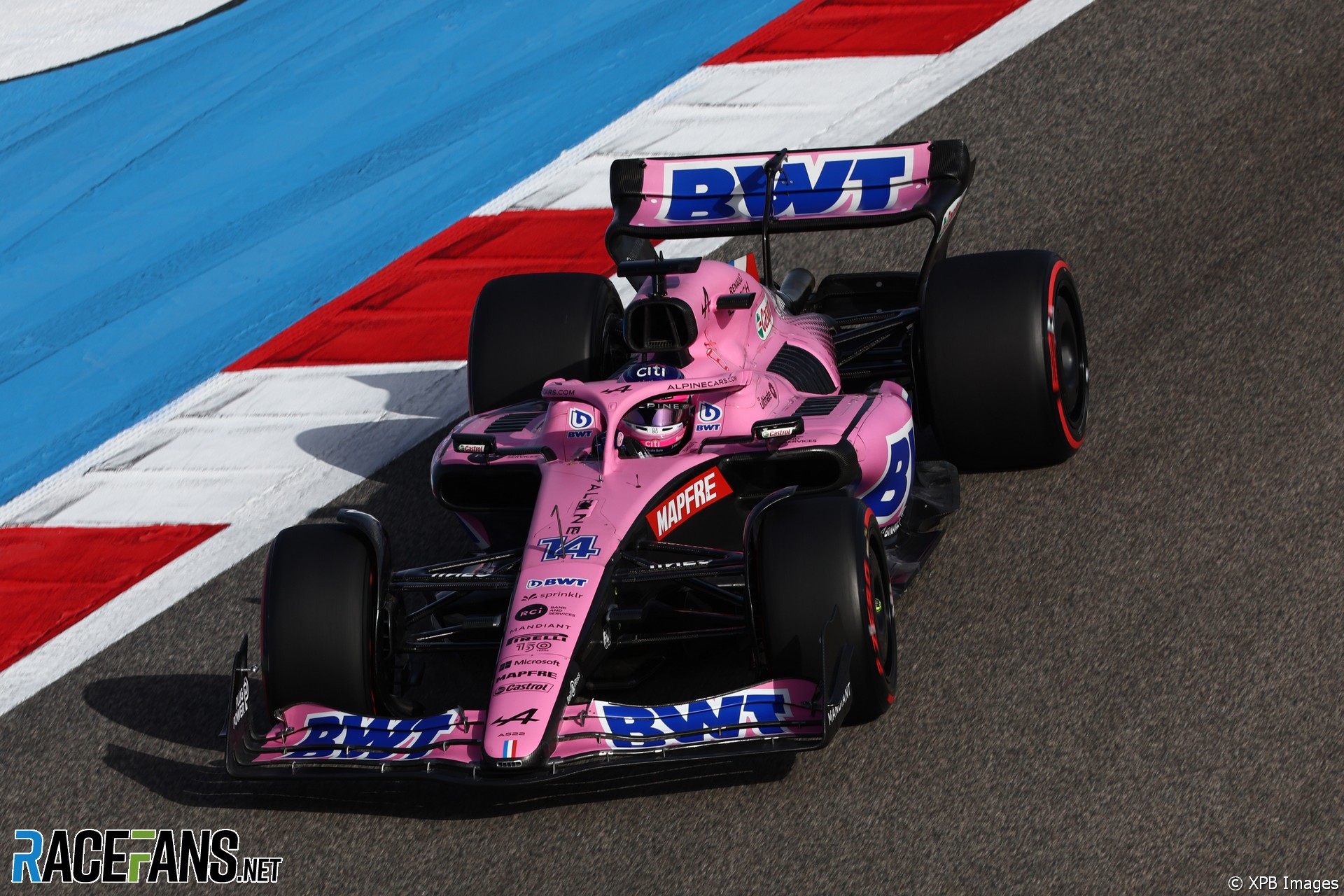 Fernando Alonso says qualifying in the top 10 for the first race of the new season was a “relief” for Alpine.

However he urged his team to press on with their development programme after lapping 1.6 seconds slower than pole-winner Charles Leclerc in Bahrain.

“To be fighting for the top 10 with both cars I think has been a relief a little bit for Alpine that the job done during the winter has been positive,” said Alonso.

“Now it’s up to us to develop the car as quick as possible. It’s going to be a huge development for everybody and we need to be fast off-track as well on that.”

Alonso will start the first race of the season from eighth on the grid, three places ahead of his team mate Esteban Ocon. However he is concerned by the size of the team’s lap time deficit to Ferrari and Red Bull.

“We need to push the button now in the factories and try to make the new parts [come] to the circuit as soon as possible,” he said.

“There are good ideas already in the factory, but I think it’s the same for everybody with the new cars, we will see in the first couple of months big changes on the cars. We need to make them work and hopefully close that gap with pole position that is still too much, over one second.”

However Alonso said he was pleased Alpine had not been affected by ‘porpoising’ as badly as some other teams.

“No bouncing for us so far this weekend,” he said. “So fingers crossed it’s still a mystery for many people. So hopefully tomorrow stays like that.”