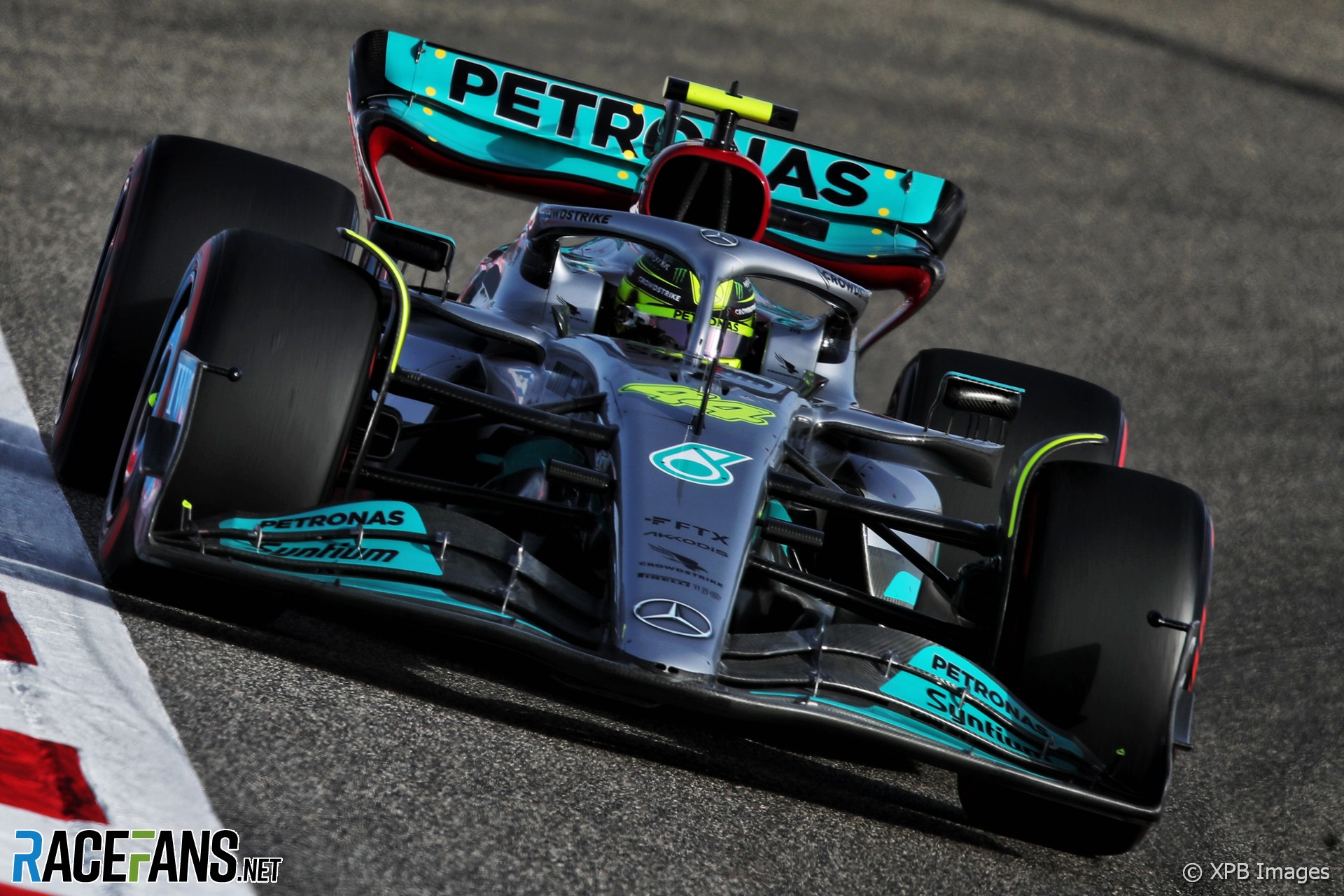 Lewis Hamilton spent hours redesigning his helmet and car livery on his iPad to help fans recognise him more easily in races this year.

The Mercedes driver has reverted to a yellow helmet design, as he also used when he first arrived in Formula 1 and earlier in his motorsport career.

Hamilton said he set to work on the new design after the team launched its W13 earlier this year.

“My original helmet was a real yellow,” he said. “But for this year what I noticed and was sensitive to was how those that are watching the grands prix can’t tell the difference between the two cars. That was the issue that I brought up to my team.”

His car number is also yellow, as is the T-bar on top of his car’s airbox and the front of the new, mandatory wheel arches on his W13. Hamilton said he sent his revisions straight to team principal Toto Wolff and Mercedes-Benz board chairman Ola Kallenius for approval.

“I spent hours at home after the launch with my iPad in the app where you take a picture and you’re editing, and sending these pictures of what the car livery would look better as to Toto and to Ola.

“I went, did some research, tried to look for what the most ‘popping’ colour would be and came back to yellow. So we put that on the car.

“Then I realised you still can’t see the helmet with these halos. So I decided to bring some light to the colour, to the helmet.”