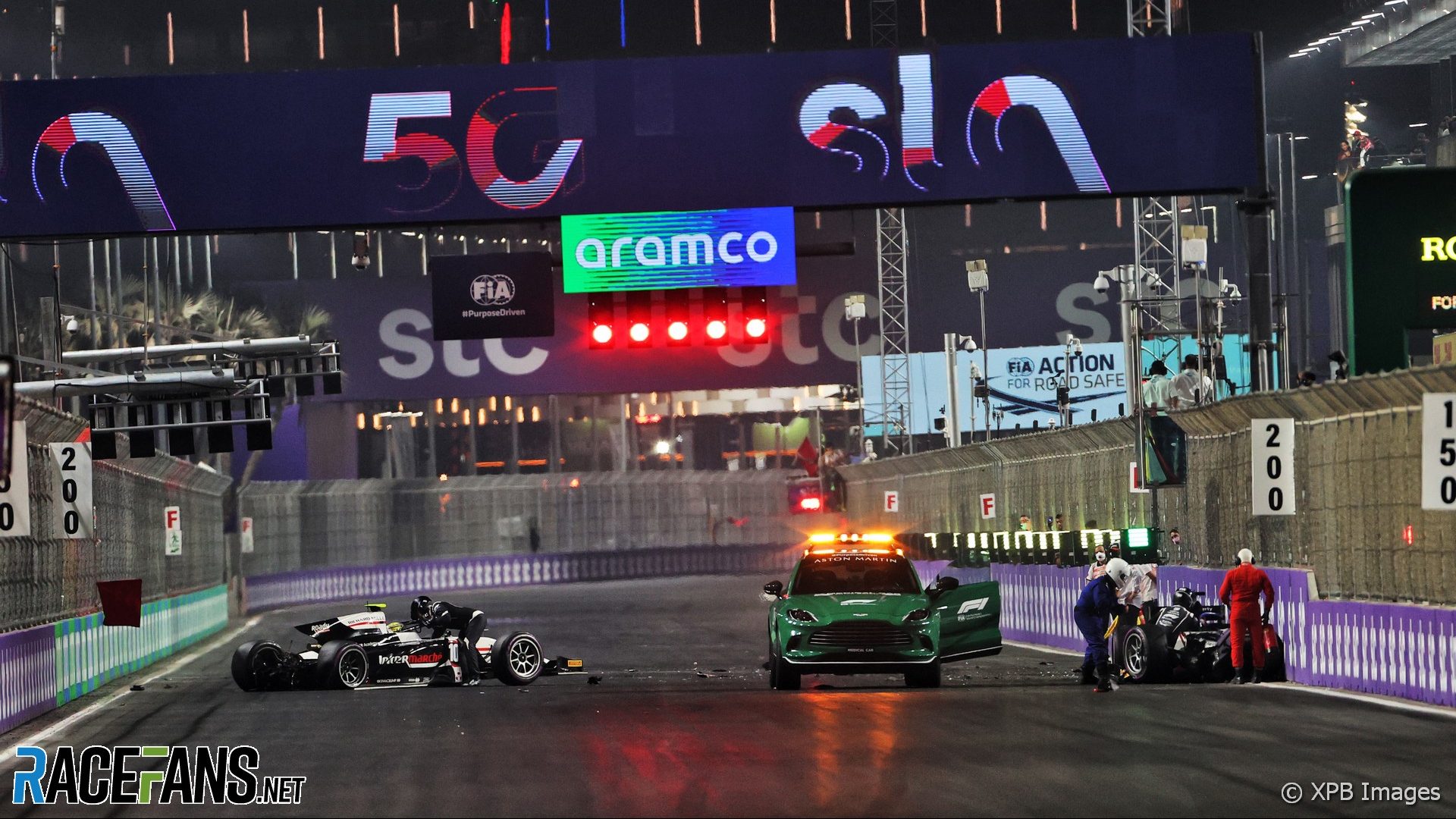 Pourchaire failed to get away from third on the grid at the start of the feature race at the track three months ago. He was struck by Enzo Fittipaldi with a force of 72G.

In last weekend’s feature race Pourchaire made a slightly slow start, dropping down to fourth before the first corner. He admitted afterwards he has been having difficulties with his starts.

“I struggled a bit,” he admitted Pourchaire, after the race. “Since what happened in Jeddah last year, I’m not super, super confident at every start. I need to work a bit on that.

He said his start on Sunday was “not very bad, I was P4 after the first lap, which was okay. But next time I will try to improve that and I will try to do better starts, better first laps and I know I can do it.”

Pourchaire and Fittipaldi were taken to hospital for checks after the crash in Saudi Arabia last year. Pourchaire was released without injuries, while Fittipaldi suffered fractures.

“It happened and I know the feeling of that now,” Pourchaire added. “And yeah, I would try to not do it again.

“I don’t have any mental issues or things like that but it’s not easy. It’s not easy to not think about that. But it’s okay.”

Pourchaire’s win in yesterday’s race puts him in the lead of the F2 championship as the series returns to Jeddah this weekend.