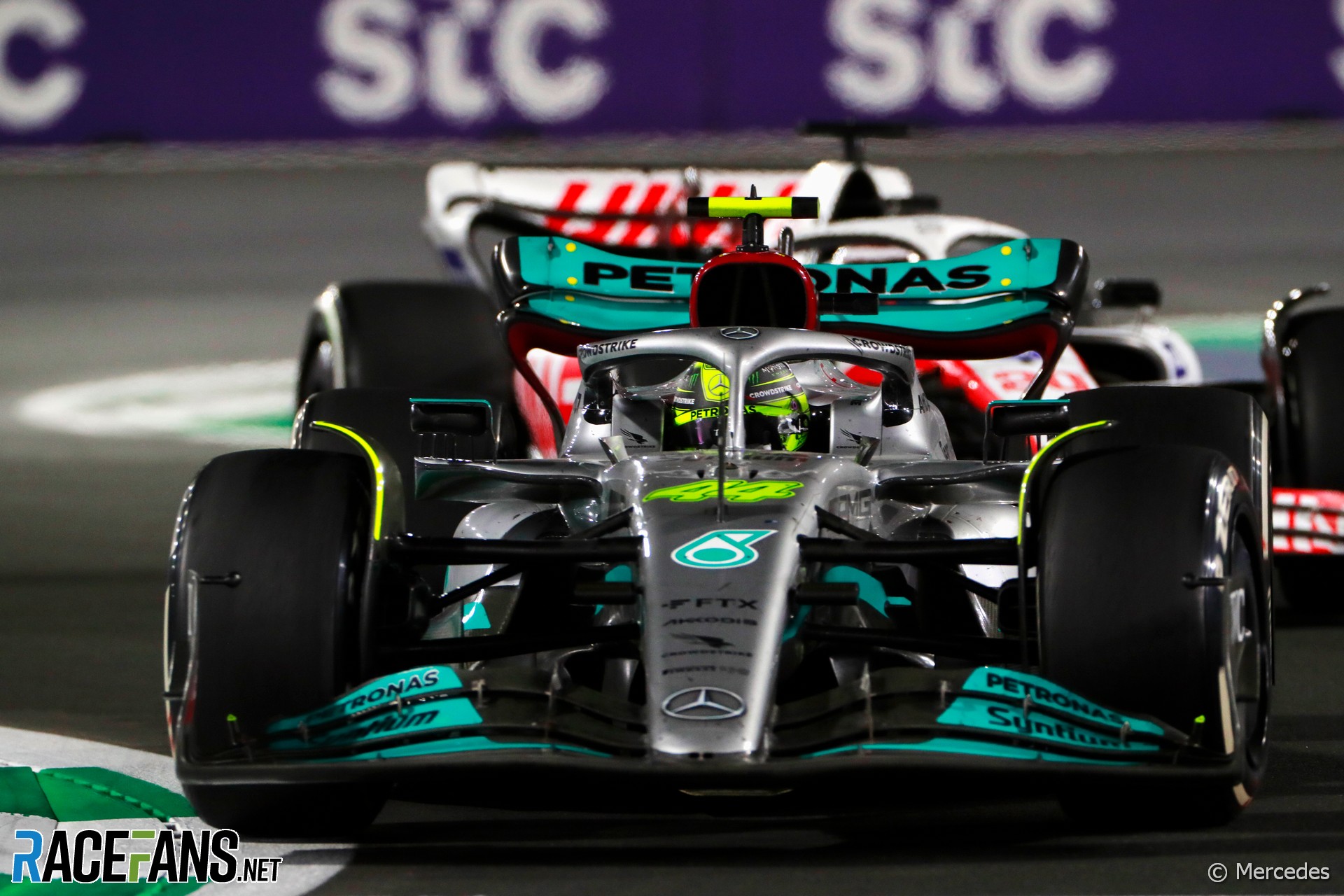 Having salvaged an unexpected podium finish from the opening race of the season, Lewis Hamilton could be satisfied with his early damage limitation as Mercedes began 2022 with an unexpectedly uncompetitive car.

However his form took a nosedive at round two, where he crossed the line in a lowly 10th place. “Is there even a point for that position?” he asked his race engineer as he awaited confirmation of his result.

There was, but only one, which was a rare low for a driver as accustomed to success as he is. It’s been a long time since he opened his championship with two results as lowly as this.

His haul of 16 points from the first two races is his lowest since the current scoring system was introduced. Third and 10th is also his worst pair of results at the start of the year since 2009, his first world championship defence, when he was disqualified in the season opener and took seventh next time out. He finished third on the road at Melbourne in 2009, so without that penalty this would be his worst ever start to a championship.

Two of the other British drivers in the field finished ahead of him: George Russell in fifth and Lando Norris seventh. Their combined efforts helped move Britain past the landmark total of 10,000 points scored by its drivers, becoming the first country to reach that mark.

The exact total of points scored by British drivers in the world championship stands at 10,001.78. How did that peculiar decimal score, eleven-fourteenths of a point, come about?

The fractions were contributed by Hamilton, Stirling Moss and Mike Hawthorn. Hamilton had a half-point as part of his score at Spa-Francorchamps last year, when half points were controversially awarded despite no laps of racing taking place.

Moss and Hawthorn also picked up half-points scores in their time. Hawthorn took fourth place in a shared drive with Jose Froilan Gonzalez, coincidentally at Spa, in 1954. Moss took his half point when he and Bruce McLaren were both credited with fastest lap at the 1959 United States Grand Prix.

The bonus point for fastest lap also explains the final missing two-sevenths of a point scored by British drivers. At the 1954 British Grand Prix no fewer than seven drivers were credited with the fastest lap, as they were only timed to one second. Among the seven were Hawthorn and Moss, claimed one-seventh of a point each, which explains how Britain ends up with a total of 10,001 plus eleven-fourteenths of a point.

Having posted a zero at the season-opener, Max Verstappen bounced back with victory in Saudi Arabia. He delivered the first win for Red Bull as an engine supplier, as it now brands its Honda-sourced power units.

This was the 21st victory of Verstappen’s career, putting him level with Kimi Raikkonen. It was the first win for car number one in Formula 1 since Sebastian Vettel won the 2013 Brazilian Grand Prix, also for Red Bull.

The day before his team mate Sergio Perez scored the first pole position of his career at his 215th attempt. He is the 103rd different driver to start a race from pole and the first Mexican to do so.

Perez smashed the record for longest wait to achieve a pole position. The record was previously held by Mark Webber, whose first pole came at his 132nd attempt, at the 2009 German Grand Prix and, again, in a Red Bull.

Two years ago Perez broke Webber’s record for the longest wait to score a grand prix victory. He did so at the Sakhir Grand Prix, his 190th start, for Racing Point.

With the Ferrari drivers filling the rest of the top three, the rostrum featured no Mercedes-powered drivers for the first time in 41 races. The 2019 Brazilian Grand Prix, where Hamilton finished third on the road before a time penalty promoted Carlos Sainz Jnr, was the last time Mercedes powered no one to the podium.

Have you spotted any other interesting stats and facts from the Saudi Arabian Grand Prix? Share them in the comments.

31 comments on ““Is there even a point for that position?” Hamilton’s worst start to a season for 13 years”