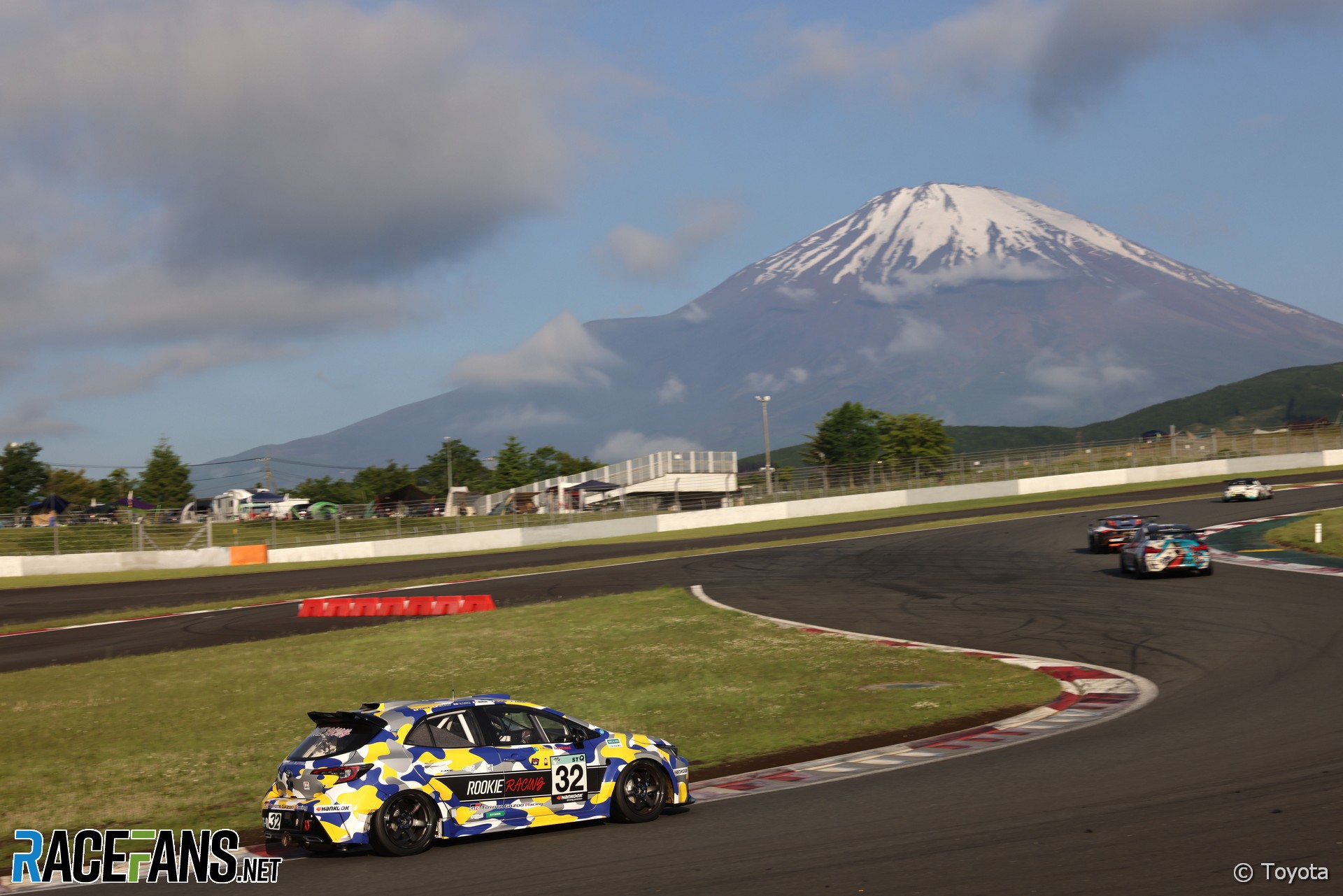 Under the real threats of drastic, anthropogenic climate change, it can be slightly uncomfortable to be a fan of car racing. Yes, we all know what we love about the sport but while the reek of petrol in a pit lane excites the senses of motor racing fans, it also has an increasingly guilty association, for both championships and the manufacturers involved.

There is an obligation to present a cleaner image. A lot of the time, that points towards electrification – but if there was a way to cleanly use a combustion fuel, surely that would prove irresistible to racing?

That way may be hydrogen. There are issues with the way that hydrogen is generated (primarily from fossil fuels) and there are a lot of questions about whether it could, realistically, be a fuel for mass transit. However, racing series could have the option of using green hydrogen (generated by splitting water with electrolysis) offering the magical combination of a fuel that will run in a roaring engine which could also be burned in a way that generates nothing but water as waste.

The most commonly discussed use of hydrogen for powering cars is through fuel cell technology. Fuel cell vehicles use tanks of hydrogen as an alternative to batteries for energy storage but are otherwise entirely electric. They can use the same motor generator units as battery electric vehicles, but the fuel cell stack delivers the power. Instead of recharging the battery, tanks are refilled with hydrogen.

A limitation on them, as opposed to battery vehicles, is that the tanks need to be very rigidly robust. But in a large enough car to accommodate them, like BMW’s fuel cell-powered X5, the range can be impressive. The X5 has two tanks carrying 6kg of hydrogen that deliver an estimated 311 miles of range – only 69 miles less than BMW’s premium battery car, the iX.

In theory, the refuelling time is then very short – just enough to refill the tanks – and the car emits nothing more harmful than, essentially, clean water. Fuel cell stacks are large, consume rare earth elements and are comparatively low in output relative to batteries but the appeal of being able to ‘fuel’ an electric car from a pump is big enough to have them not eliminated from the conversation around future fuels.

BMW has a long history with hydrogen. From 2005-07 it built the Hydrogen 7 which is the only hydrogen combustion production car ever made. At the time of its demise it looked as though it had been a curious experiment that very few people had enthusiastically seen any benefits to and hydrogen combustion effectively went away for the next decade as a concern at most automakers.

In Japan, bolstered by government funding to promote hydrogen, Toyota has remained extremely devoted to the cause. As well as developing its hydrogen fuel cell cars, including the production Mirai, it has continued to pursue hydrogen combustion as an avenue, including last year adapting a Corolla to burn hydrogen and running it at an endurance race.

Toyota converted the Corolla in just three months, from conception of the project to racing at the 24 Hours of Fuji, which it completed. Although it wasn’t in the running for victory, the fact that the converted system was able to take on the enormous task of running a day-long race – something any Le Mans team can tell you is far from trivial – is impressive alone. Particularly because Toyota said the process was relatively simple, effectively only changing the Corolla’s fuel injection system.

Hydrogen combustion has a particular attraction with regards to converting diesel cars. As diesel becomes a less and less acceptable fuel, following almost every automaker being caught in the particulate emissions scandal that started with the Volkswagen Group in 2017, there are more areas in which cars powered by it are effectively banned.

That creates a problem, firstly, for anyone who owns one but also on a broader scale due to rendering running fleets of cars obsolete. Replacing diesel cars is an air quality necessity but the cost of manufacturing replacements also represents significant carbon emissions, beyond the basic financial burden.

Toyota’s chief engineer of hydrogen, Naoyuki Sakamoto, told me after the Corolla’s race debut that the process used on the race car would work effectively for other combustion cars. The Corolla itself, after all, is hardly an extreme racing prototype and so there appears to be genuine hope that this would work as a direct transfer from race to road. Toyota confirmed that it was still chasing performance equivalence from its hydrogen-powered engine (hydrogen burned as a fuel produces considerably less energy than petrol or diesel) but that overall it was happy with the way that the car had performed.

Where this falls down, however, is that hydrogen engines emit nitrogen oxide particulates (NOx) over a certain temperature. In some applications, such as JCB’s hydrogen combustion diggers, the solution is to simply run the engines at a lower temperature than would create the problem. However, that obviously won’t work with a racing car.

While exhaust emissions and engine particulates are by no means the biggest source of CO₂ from racing, it’s unlikely that knowingly running in a way that created particulates would be palatable as a completely “clean” form of racing.

The other potential issue is safety. Hydrogen tanks certainly can be made extremely robustly; I got the chance to look at an armoured X5 that had had 24 hand grenades let off underneath it without damage to the tanks when I visited BMW’s Munich home last year. When Pininfarina made a prototype fuel cell GT car it incorporated the huge, highly rigid tanks into the crash structure of the vehicle because they had to be so strong.

That works as a housing solution for the tanks in GT cars and might even in sportscar prototypes. However, it would be extremely challenging to fit them into the rear of a single-seater car. The sheer weight of the tanks – often nearly equal to the fuel they hold – would be prohibitive for any category like Formula 1. Hydrogen has never been seriously discussed as an F1 fuel and isn’t likely to be in the future, as even the relatively minor drop in energy density by increasing the proportion of ethanol in fuel is challenging teams this year.

The additional factor of particulates would also likely be unacceptable for any series with a significant number of street tracks. But for forms of motorsport like endurance racing where races take place distantly and with relatively large vehicles, there may be potential for a hydrogen-burning future.