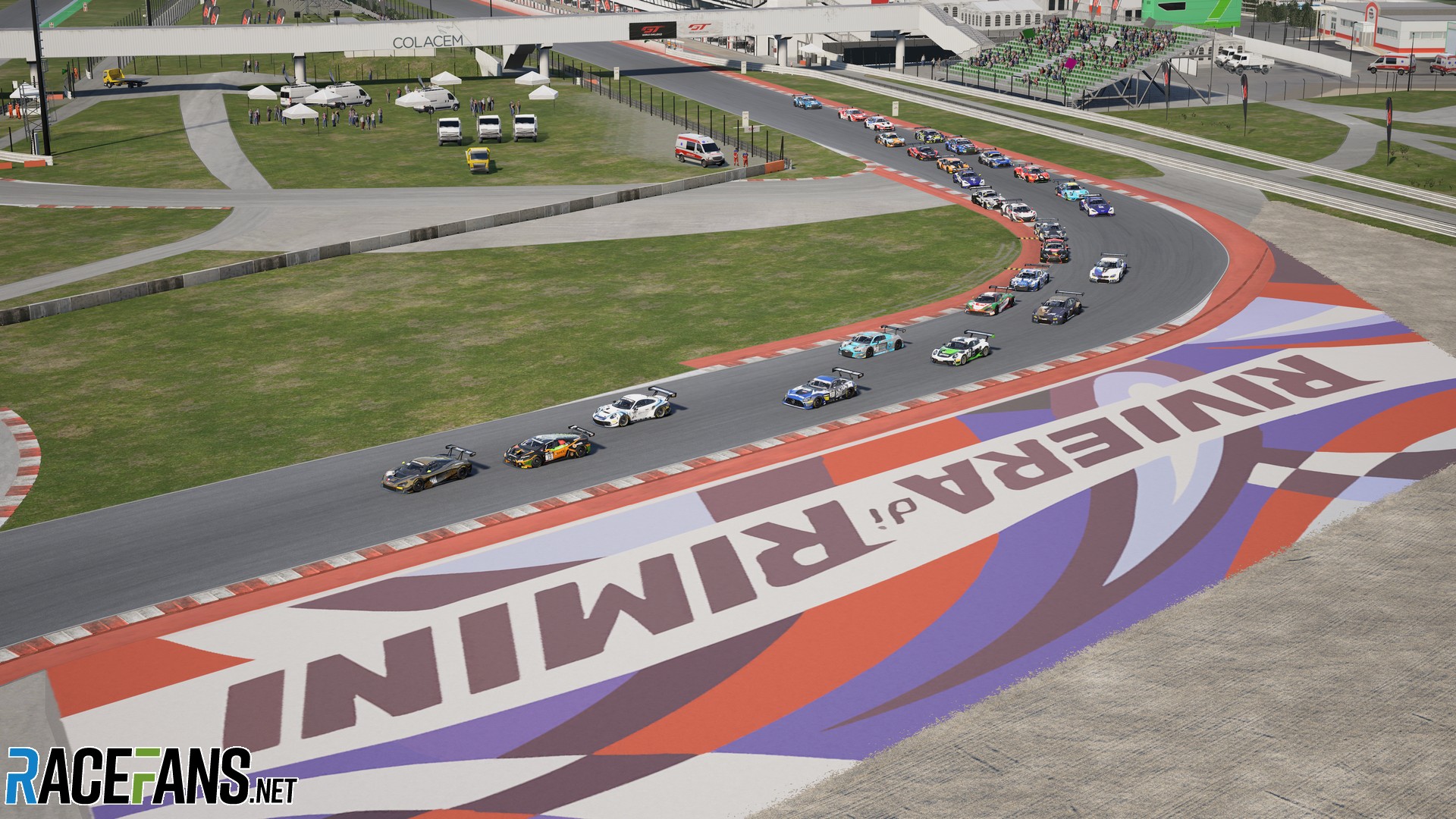 Nearly two years after bringing their incredibly successful GT3 racing simulator to consoles with a release on PlayStation 4 and Xbox One consoles, developers Kunos Simulazioni and 505 Games have released a current-gen update for the game for PS5 and Xbox Series S|X.

But does the most hardcore racing simulation available on consoles benefit from being brought onto more powerful hardware?

When it was originally launched on last-gen consoles over a year after original release on PC, Assetto Corsa Competizione immediately became arguably the most realistic racing game ever to be released on major consoles.

While the game has received some attractive new improvements on the new hardware, the game at its core is fundamentally the same as one released back in the summer of 2020. So for a more in-depth overview of Competizione’s qualities, be sure to read RaceFans’ original review of the game.

Best of all, this new current-gen upgrade is completely free if you already own a PS4 or Xbox One copy of the game. There is no upgrade fee and you can download the enhanced version the game immediately and your save data and profile will transfer over, allowing you to seamlessly resume your virtual GT3 racing career.

Assetto Corsa Competizione is a truly impressive, detailed and authentic hardcore simulation racing game. Every minute of development time has been spent making Competizione the most realistic approximation of real life GT3 and GT4 racing as possible. To get the most out of what the game offers, you need to be prepared to treat races like you are a true professional driver with an actual team and sponsors relying on you and invest the time and effort necessary to keep a GT3 car on the road at all time.

The handling model has a depth and fidelity to it unlike anything else seen on console before. While these cars are more challenging to drive than you might expect if you’ve never tried a hardcore simulation game before, once you’re up to speed, you feel an immense sense of control over the car, you are directly responsible for every millimetre your car travels.

There’s nothing stopping you from racing with a controller if you wish – and there are DualSense enhancements over the PS4 version if you do – but a wheel is virtually essential to the experience here, not least of which due to the sheer volume of commands and functions you need to consider while racing that makes a controller feel desperately lacking in input options.

The main enhancement for the current-gen upgrade lies in the graphical performance of the game. Whereas the game ran at only 30 frames-per-second on a base PS4 on release – and regularly fell below that – the improved hardware means that Competizione is a silky smooth 60FPS in gameplay. This transforms the experience over last-gen consoles, as it means whether you’re lapping alone in a thunderstorm, starting in the middle of the pack or racing Spa at night with headlights tracing the trees, you will have a consistent frame rate to ensure you get all the visual feedback you need to make those split second decisions and adjustments.

With improved lighting effects, the game looks better on current-gen as well as simply performs better. While Competizione is not the best looking racing game available in 2022, with some flat looking environments and cars that occasionally look as if they’re floating over the track on replays, none of that will matter when you’re immersed in an intense wheel-to-wheel battle.

As good as it is to play, there are some minor annoyances that may be frustrating for beginners. As a original PC-based simulator, the general menu system and UI experience is clearly designed for a mouse and keyboard and can be incredibly unintuitive while trying to navigate with a controller. It can be difficult to get your head around all the different parameters and setup options if you’re a complete simracing amateur and the audio feedback from your race engineer isn’t as helpful as Project CARS or even the F1 series.

But once you have your head around how the game works and are into the swing of how these incredibly powerful cars drive, there is a level of satisfaction to be had from simply throwing them around a circuit and improving your laptimes or ticking off a consistent sequence of laps during a race stint. It helps that the AI are actually raceable too, although the best fun is to be had online with the generally respectful and serious community that Competizione has.

There are a lot of things about Competitzione as a racing game that others on the market do much better than it, but when it comes to the core racing experience and handling model on offer here, there is simply nothing that is as complex, rewarding or realistic. With the graphical enhancements of this current-gen upgrade and the fact it’s free for last-gen owners, there’s possibly not a more accessible and affordable entry into the world of hardcore simulation racing than Assetto Corsa Competizione.