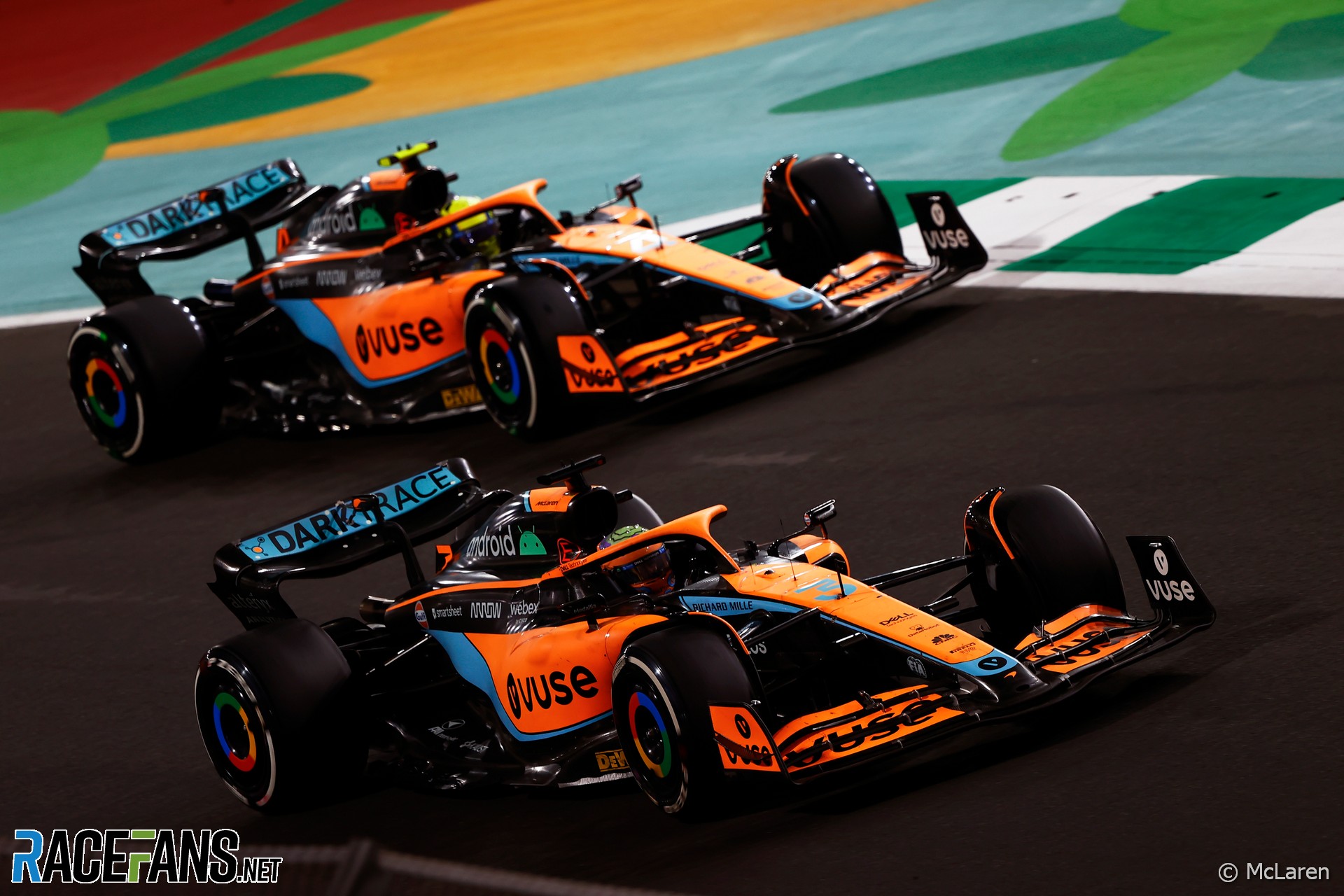 The compromises McLaren made to address its braking problem in pre-season testing are not the only cause of its uncompetitive start to the season, according to team principal Andreas Seidl.

After a difficult second test, in which the team’s running was limited by braking problems, Daniel Ricciardo and Lando Norris finished outside the points in Bahrain, taking 14th and 15th respectively.

Norris was able to take seventh in the Saudi Arabian Grand Prix, but Ricciardo was forced out of the race by a mechanical problem on his car.

McLaren team principal Andreas Seidl said the team’s focus would be on “understanding more the current strengths and weaknesses of the car” before this weekend’s Australian Grand Prix. “We need to see which improvements we can make already for Melbourne,” he added. “At the same time I don’t expect big miracles there, we simply need a bit more time.”

The braking problem the team encountered for the first time in Bahrain forced it to run an interim fix at the opening two races. “In the time available it was the only solution we could bring to the car which is definitely not optimal in terms of performance,” said Seidl.

However, he admitted the team has other problems to resolve on its MCL36. “We simply lack grip, which is the result of missing mechanical grip and aerodynamic load on the car, which was [clear] on the race weekend in Bahrain,” he said. “Definitely not just an issue of the current brake ducts we’re running.”

McLaren performed better on the quick Jeddah layout than they did in Bahrain, but Seidl is wary of jumping to conclusions about the car’s potential strengths.

“To be honest it’s still early days. It’s not that straightforward to define all the upgrades in detail that we want to bring in over the course of the season now, also as a reaction of what we have seen in the first two races in terms of performance deficit.

“But the goal is clear for us as a team, to get back to where we want to be and where we have to be on all kind of tracks independent of layout, ambient conditions, tyre selection, et cetera.

“I’m absolutely convinced we have the team to do that in order to strike back everyone is fully motivated to do that in a very united approach as well and we simply need now a bit more time.”