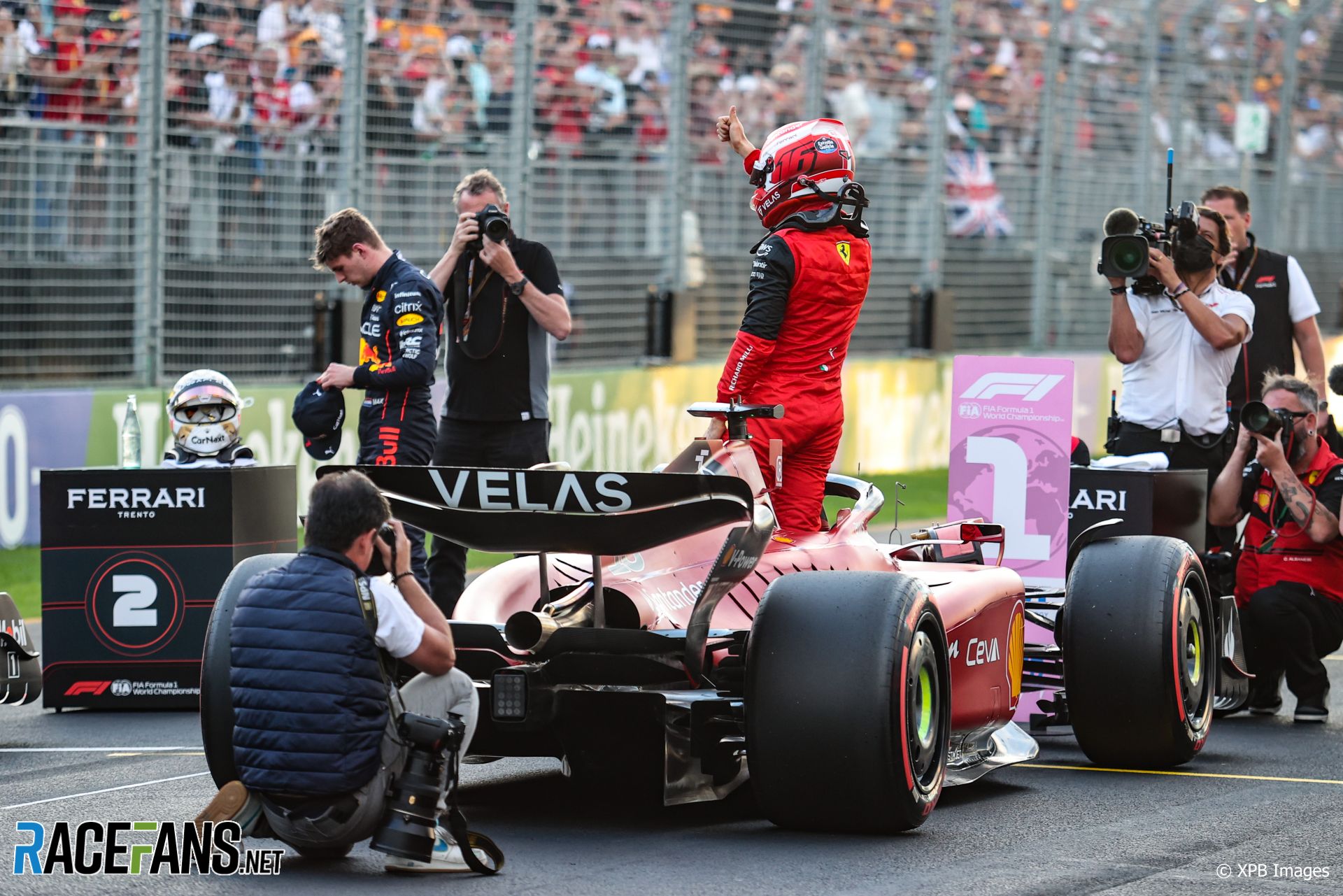 The first of three sprints this year will take place at Imola following off-season revisions which Liberty Media hope will win over more fans to a format change which has proved divisive.

Only one change of substance has been made. The extra Saturday races will now award more points: Eight for a win instead of three, running down to one point for eighth place instead of third.

The other alterations are merely cosmetic. These include renaming the Saturday race from ‘sprint qualifying’ to the ‘sprint session’.

This appears to be part of an attempt by F1 to downplay how the sprint events supplants the traditional qualifying session as the means of deciding the starting grid.

In the same vein, F1 has been at pains to claim one of the most frequently criticised aspects of the sprints has been addressed. Last year several drivers, as well as many fans, objected to the Saturday races being used to decide the grid for the grand prix, including pole position.

When F1 introduced sprints last year it played up the novelty of this chance, proclaiming: “For an F1 sprint series race, pole position goes to the winner of F1 sprint itself.” It failed to anticipate how unpopular it would prove: Sebastian Vettel was among those who described it as “wrong”.

F1 claims it has taken the criticism on board and changed it for this year. “The driver who sets the fastest time in qualifying – which on sprint weekends will take place on Friday – will be attributed ‘pole position’,” it announced when this year’s sprint rounds were confirmed.

However Formula 1’s rules are set by the FIA, and its regulations make it unambiguously clear that at sprint events pole position will continue to be decided by Saturday’s race, not Friday’s qualifying session. Article 41.4 (a) states:

“The grid for the race will be drawn up based on the final classification of the sprint session with the driver finishing first on pole position.”

Nonetheless F1 and the teams have been keen to push the idea that whichever driver is quickest on Friday will be regarded as the pole position winner ‘for statistical purposes’, irrespective of the fact first place and all the other places on the grid won’t be decided until the day after, per the rule book.

In a video released by Mercedes earlier this month the team’s trackside engineering director Andrew Shovlin stated: “Pole position now is awarded for the fastest driver in qualifying, not in the sprint race itself. So it doesn’t matter what happens on Saturday, if you were the fastest driver around the lap, you get that pole position and that will remain in the record books.”

Different statisticians may treat the upcoming race differently: The regulations make no reference to a statistical definition of ‘pole position’. But having one driver fastest in qualifying and a different driver on pole position is nothing new; it’s been happening since the fifties.

Why didn’t F1 make the sprint races standalone points-scoring events with no bearing on the grid? Because doing so would have run the risk of drivers intentionally retiring from them.

Using the sprint races to set the grid for Sunday’s grand prix means every driver on the grid has a reason to stay on track until the end. Take that away and suddenly the driver in last place has a stronger incentive to retire before the finish.

Ordinarily the 20th-placed driver would have virtually no chance of moving up 12 places into the points-paying positions. Therefore, as non-points scoring finishes do not count towards their championship classification (unlike in grands prix), they may as well reduce the mileage on their tightly-restricted parts by pulling out. The possibility of a succession of last-placed drivers retiring from the closing laps of a sprint race because participating in it was (literally) point-less would not fit with F1’s endless hyping of new format.

Could F1 have solved that problem by extending the points positions for sprint races far beyond the top 10 finishers? Not without knock-on effects which would have proved undesirable: The number of points awarded for grands prix would need to rise in order to ensure no Saturday finishing positions were worth more points than their Sunday equivalents.

F1 painted itself into a corner with its sprint events. Every driver needs a tangible reason to participate in them, and as F1 couldn’t award enough points for all of them, it had to be grid positions. Faced last year with the unpopularity of that change, F1 reasoned it was better to make a cosmetic change than a substantive one.

But loudly proclaiming the winner of Friday’s qualifying session as the official pole position winner will only cause confusion if someone else wins Saturday’s sprint race or grid penalties put a different driver on pole position. As was the case in all three of last year’s sprints.

There was another solution F1 could have opted for: To spare itself the headache entirely by scrapping the sprint format, which it seems few would miss. But as long as the commercial upside to sprint races is thought to outweigh the sporting complications it causes, that isn’t on the cards.