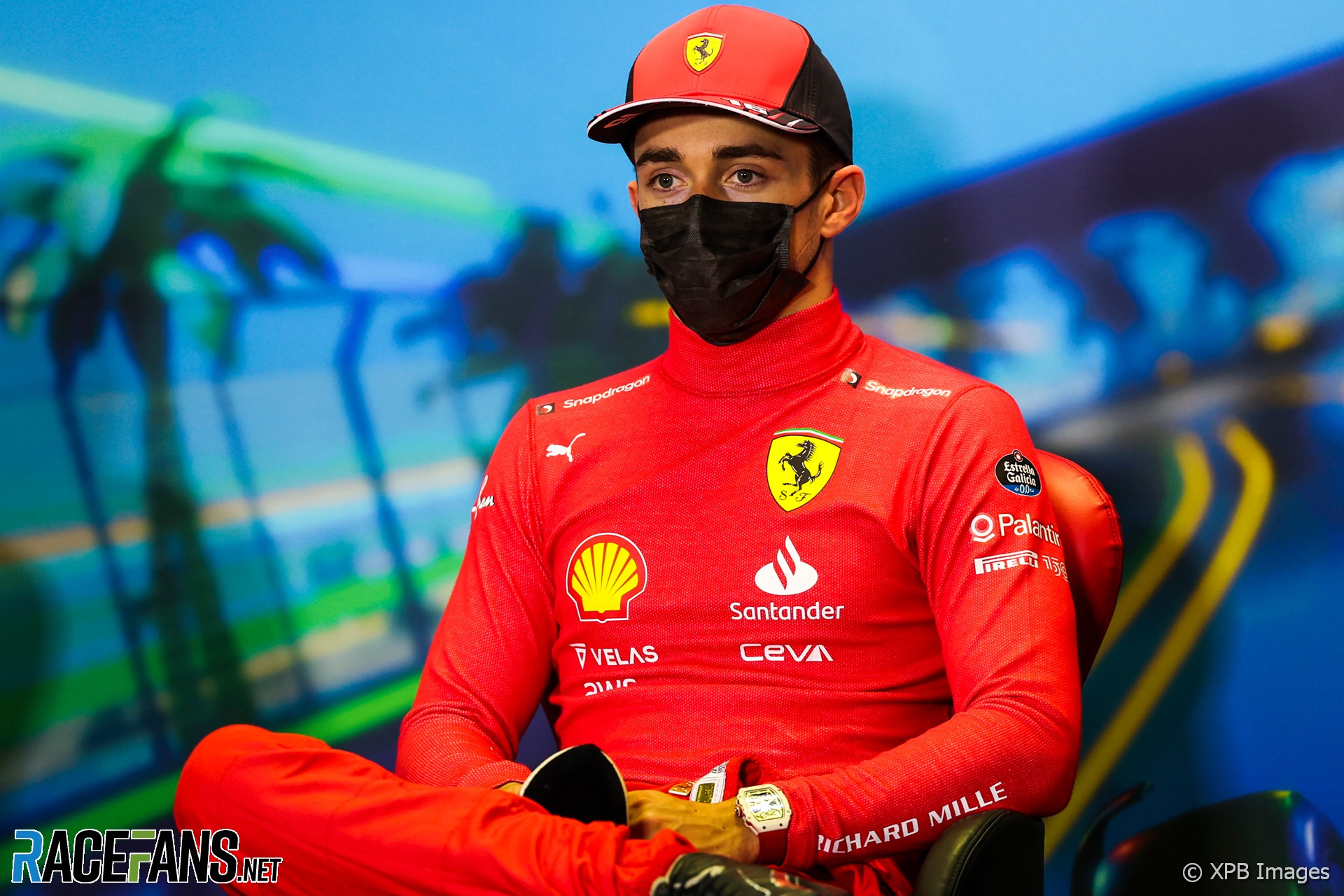 Charles Leclerc was the victim of a robbery in Viareggio, Italy yesterday in which his watch was taken, Ferrari has confirmed.

The Ferrari driver was in the seaside resort west of Imola ahead of this weekend’s Emilia-Romagna Grand Prix.

Corriere della Sera reported Leclerc was with his trainer Andrea Ferrari on Via Salvatori in the Darsena district when the watch was taken. The world championship leader is believed to have been approached by someone who requested a photograph with him at around 10pm on Monday evening.

The police are investigating the robbery. Leclerc has since posted a photograph on social media of himself in the Ferrari simulator.

Following the incident Andrea Ferrari criticised the lack of street lighting in the area in a post on social media. “For months since Via Salvatori has been completely in the dark,” he said. “We’ve been reporting this for months.”

“Well, last night in Via Salvatori they robbed us,” he continued. “Have you thought about fixing the street lamps sooner or later? I ask for a friend.”

Last year Leclerc’s rival Lando Norris was mugged for his watch at the Euro 2020 football final at Wembley stadium in London.

35 comments on “Leclerc robbed of watch in Viareggio”