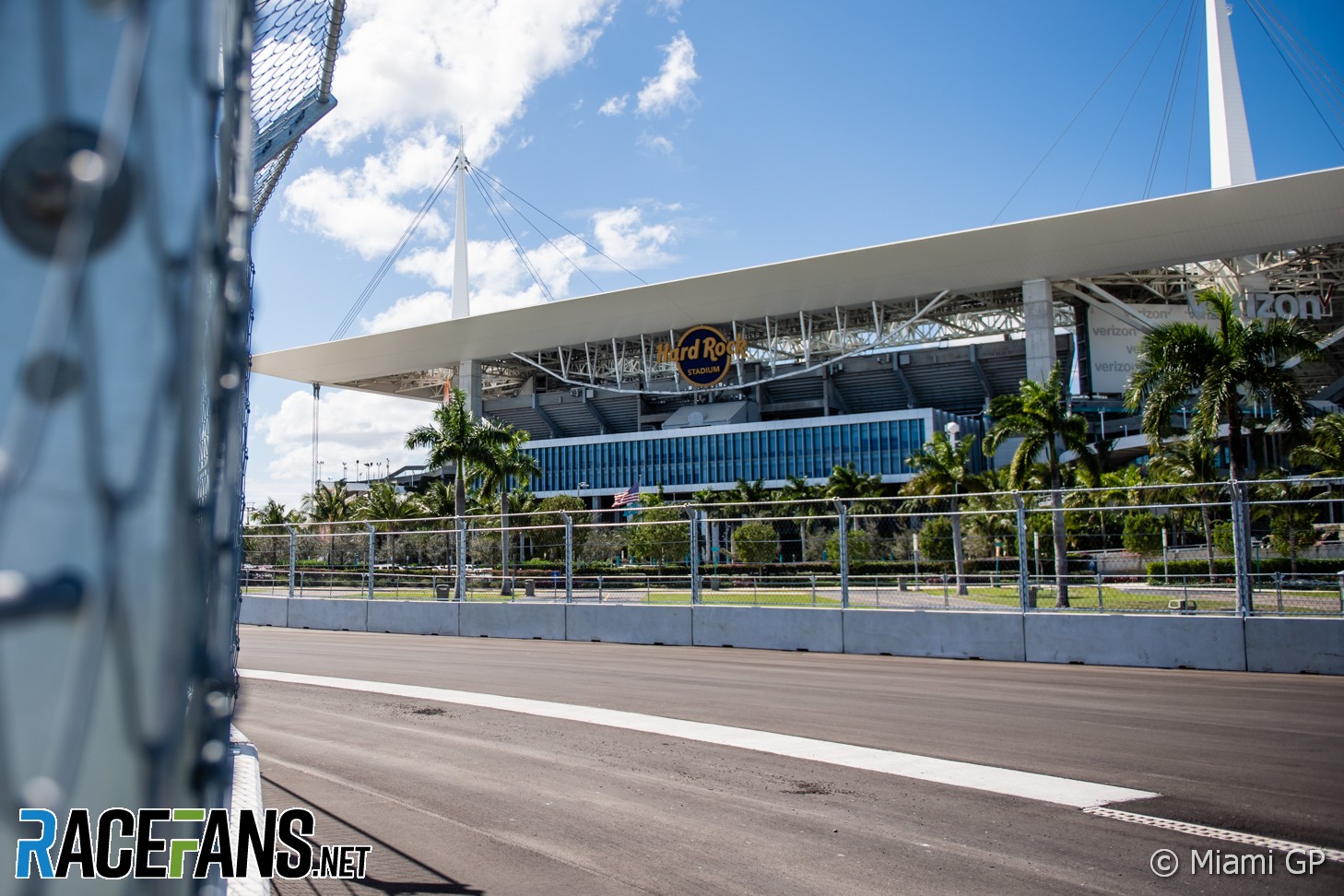 The promoters of the Miami Grand Prix say the new track which will hold the race is almost complete.

They say the Miami International Autodrome, which is laid out around the Hard Rock Stadium, is “95% complete”. The first Miami Grand Prix will take place after this weekend’s Emilia-Romagna Grand Prix, on May 6th-8th.

The event’s CEO Richard Cregan said they are “in the final stages” of completing the track following the race’s announcement one year ago yesterday.

“We are delighted with the progress we have made and it’s a huge credit to the hard work of the team here in Miami, in consultation with both Formula 1 and the FIA, to get this circuit finished in a tight timeline,” said Cregan.

“We have tried to create a track that drivers love to race on and a campus that offers unique, best-in-class fan experiences and we can’t wait for the first weekend in May to be here.”

The 5.41-kilometre, 19-turn circuit will include three straights and one continuous, 1.28-kilometre acceleration zone. It is expected to have three DRS zones.

The circuit was laid using 24,000 tons of asphalt and 11,000 metres of concrete barriers and debris fences. “There has been no compromise on any aspect of the circuit design or quality of construction,” Said Cregan.

“In my experience of working with new venues over the years, I’ve never seen as much effort on perfecting the surface of the track as we have done in Miami. Everything was exactly per the design, and everyone involved in construction has done an incredible job.”