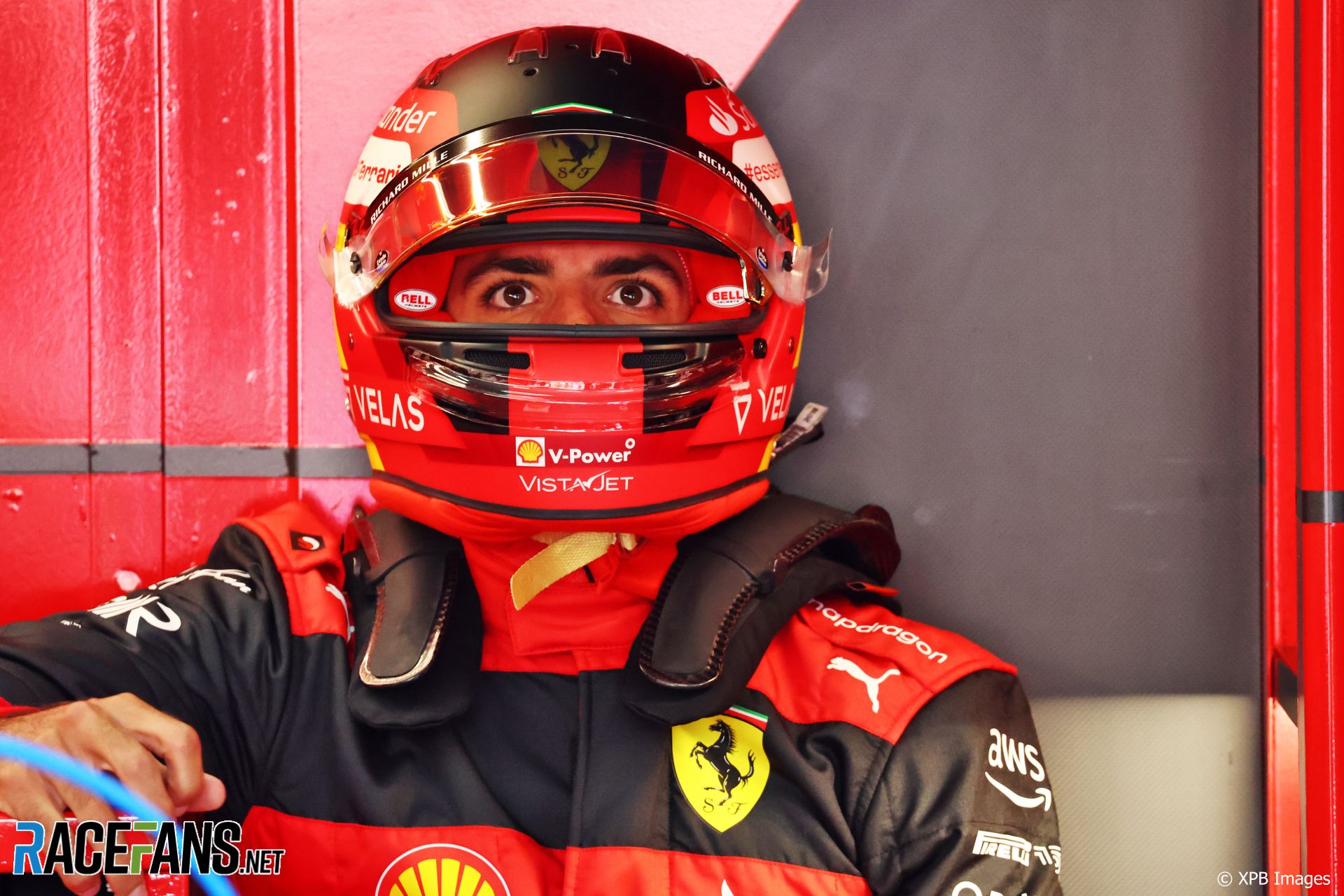 Ferrari team principal Mattia Binotto says Carlos Sainz Jnr will learn how to manage the pressure that comes with racing for a championship-contending team.

Sainz recently signed a two-year contract extension with Ferrari, keeping him at the team until the end of the 2024 season. However he has endured some costly mistakes either side of the announcement of his new contract. He spun into retirement in Australia two weeks ago and crashed out of qualifying on Friday in Imola yesterday.

However Binotto is convinced signing Sainz to a two-year extension to remain alongside Charles Leclerc was the “best” outcome the team could have achieved.

“Why two more years? I think, because first we are very happy with him, the way that he has integrated in the team,” said Binotto. “The way that he’s performing and think simply that he is matching the expectations and after we started this experience with him I think we are very, very happy now that it was the right moment to look ahead, look forward and I think that by renewing and extending is giving the right stability to the team as well.

“We know that our drivers are confirmed to the end of 2024 and we can build on it. At Ferrari, our main objective is try to really create the foundations for the future. And together with that line up, I think it’s the best we can do.”

Despite two major mistakes in consecutive race weekends for Sainz, Binotto says his driver will learn to handle the pressure of racing for a team that is in contention for victories and championships.

“[I] don’t think that there are issues. Certainly [he] needs to adapt,” said Binotto. “I think that he has done a couple of mistakes which are important but nevertheless, I think that he is improving himself, he is going faster and faster.

“If I look yesterday when he was driving, he was really driving fast and a shame because when he went off, I think it was not the right time to push to the limit. He knows very well.

“I think that’s a matter of managing the pressure. It may be the first time in his career that he’s got a car which is fast enough to compete for the best positions, and you simply need to get used to that. But he will do it very quick because I know how smart and how capable he is to manage the pressure.”