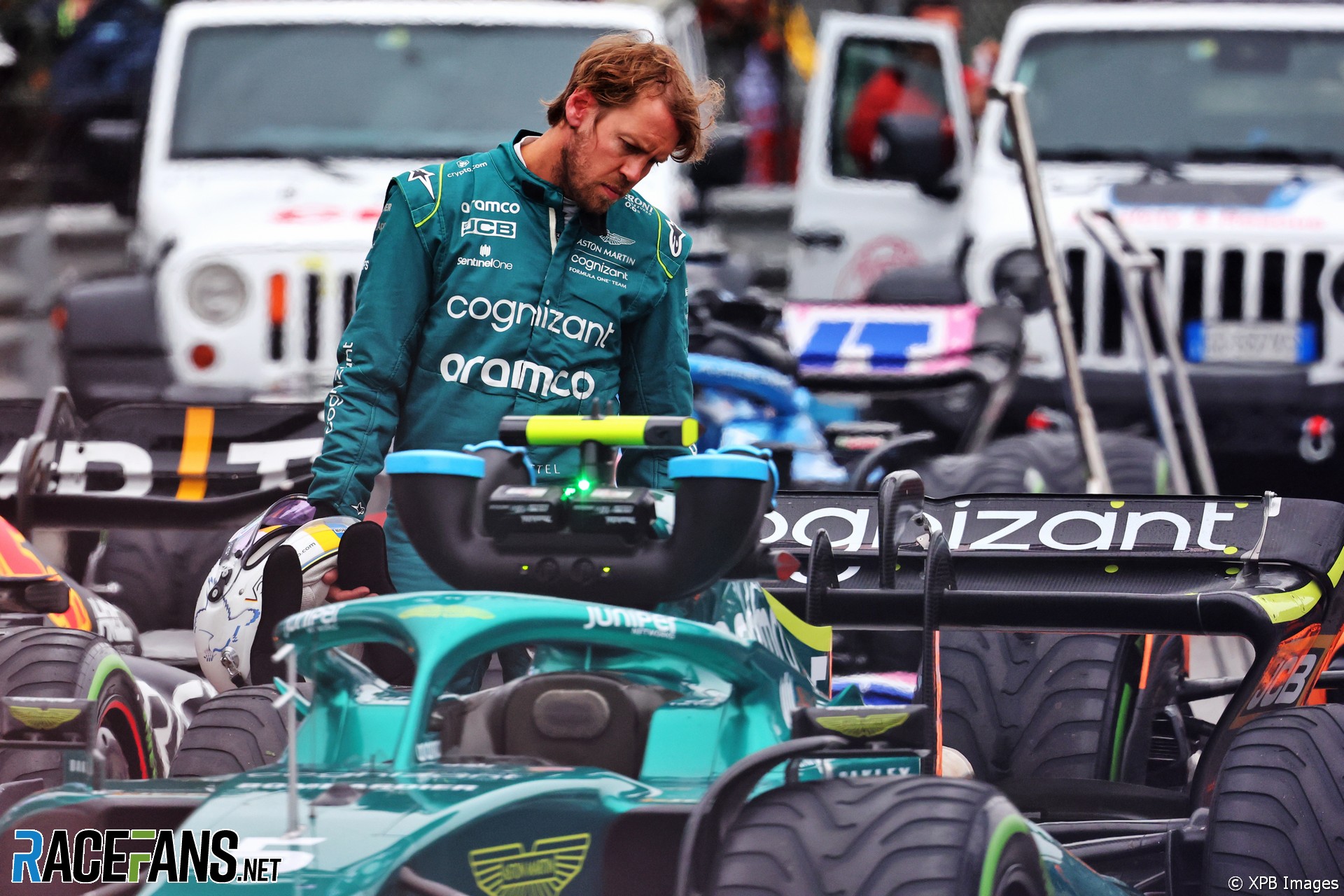 In the round-up: Sebastian Vettel admits he’s having to find new forms of motivation racing in the midfield

Vettel having to find “different sort of motivation” at Aston Martin

Sebastian Vettel admits he’s having to find new forms of motivation while racing in the midfield with Aston Martin.

Vettel joined Aston Martin from Ferrari and has only raced once this season, in Australia, where he retired. Vettel admits that racing has a “different taste” when not fighting for wins.

“In all honesty, I had an amazing 15 years or so looking back and I was in a position to win championships, win a lot of races, fight for positions, get a lot of podiums, and obviously the taste was great,” said Vettel.

“It’s not a secret that if you’re not in a position to be there that it’s a different taste. You need to find a different sort of motivation. But I think, ultimately, I’m willing to be tasting the same again. That’s the nature of the sport.”

Toto Wolff revealed that George Russell’s Mercedes suffered so severely from porpoising on the straight at Imola in practice that it broke a floor stay designed to increase the rigidity of the car’s floor.

Mercedes have struggled most visibly from the bouncing phenomenon experienced by 2022 ground effect F1 cars and are still developing solutions to the problem.

“We had George bouncing so much that he broke the stay, actually, on the floor,” Wolff explained to Sky. “You can’t drive here, you have to lift on the straight.”

Asked how the effect would impact on drivers Russell and Lewis Hamilton physically, Wolff said he did not know. “I don’t know, but I think they are trained,” he said.

“I have never experienced in my life bouncing like this, but it’s clearly not drive-able.”

“Everyone was panicking” before F2 qualifying, says polesitter Vips

“The most important thing on days like this is just to keep calm,” said Vips, describing the way sessions had been postponed, moved, rescheduled and red-flagged. “Two hours before qualifying, we had literally the full dry set up on the car because we didn’t expect any more rain.

“And then it started raining all of a sudden and everyone was panicking. We changed the set up immediately. If you go with a dry set up on a wet track, you just be last no matter how good of a job you do. So there was that factor.”

F2’s qualifying start was dependent on the end of Formula 1’s, which was significantly elongated by red flag periods.

“We didn’t know what the weather was going to do, maybe it was going to dry,” explained Vips. “There were a lot of questions, a lot of things that you can’t really predict, it’s out of your control.

“But you just have to make the best of the situation because in the end, the weather and all these other factors are just the same for everyone. So you just have to remain calm and do your job.”

Very pleased with the first pole of the season after an action packed day. Very tricky conditions on a track like this make it all the more exciting!

The points are on the rest of the weekend though so we keep pushing 👊 @redbullracing pic.twitter.com/VtXeEK169T

Well, that’s P2 for tomorrow’s sprint race ! A bit disappointed but it is the way it is. Still a long weekend ahead 💪
Grazie mille a tutti i tifosi per il sostegno e per essere venuti in pista anche se il tempo non era top 🤿❤️ pic.twitter.com/FTyiaQlJ7Q

WHOOOP!!! P4! Best qualifying for @HaasF1Team ever. The car was just phenomenal. It’s looking like it’s going to be dry tomorrow so we’ll just go and have fun and give it everything we’ve got like we did today. #F1 pic.twitter.com/cXfCTMwfFN

🇮🇹 There is little to say other than sorry to the entire team and every fan out there. The car surprised me with a snap and I couldn’t stop it before the wall. Weekend is not over yet. Difficult moment, but it’s time to focus on recovering.

Hi Jennie, its is not about "being unhappy with media time spend" , but suggesting a more efficient use of the time for the Media and the drivers. We in this together! Aiming for a better output and seeking the dialogue on what we think could be optimised. https://t.co/KyIFulxylW

Not even Ferrari could help get me out of this one (and believe me, some of the team tried 😂😂) #carparkchaos #F1 #ImolaGP pic.twitter.com/msXjSaR3Fe

"To have another opportunity with W Series is what I’ve wanted ever since I broke my back six months ago, so I’m relieved that all my hard work has paid off. I’m super excited to be back and hoping to get stronger as time goes on, but the tests and races I’ve done over the last few weeks have been promising and I’m looking forward to the first race in Miami."

"In the first segment of this week's show, Williams Racing Head of Creative Design, Ed Scott, and our Head of Guest Experience and Events, Ellie Matthews, give us a tour of our brand new motorhome."

"Drivers will start their engines for the last time Saturday at Palm Beach International Raceway as the park marks its bittersweet 'Last Lap' ahead of the property's sale to a warehouse developer."

" Earlier this week, I posted a frankly bad take about the locals who have been trying to sue the city and race organisers to prevent the Grand Prix from happening. I fell into the trap of traditional motorsport press, where my enjoyment of an event should take precedence over everything else — something I’ve actively tried to avoid. I was, frankly, ignorant."

After multiple drivers voiced unhappiness with the revised race weekend format for 2022, @bernasaurus sympathises with those unhappy at having to answer the same questions from multiple television broadcasters in a single sitting…

I’ve often thought this with F1. I know the drivers do try, but you can tell when they’re repeating what they’ve just said 20 seconds earlier. It often makes them appear insincere, or removed in some way. Presumably the interviewer hears them answer the same question, but sometimes there really is only one or two questions to ask, and you can’t really alter the wording of it.

I imagine after Lewis and Max came together at Monza, there is no real way for any interviewer to ask anything other than the obvious, and it can’t be fun for the drivers to walk around in a semi circle saying the same thing repeatedly.
@bernasaurus