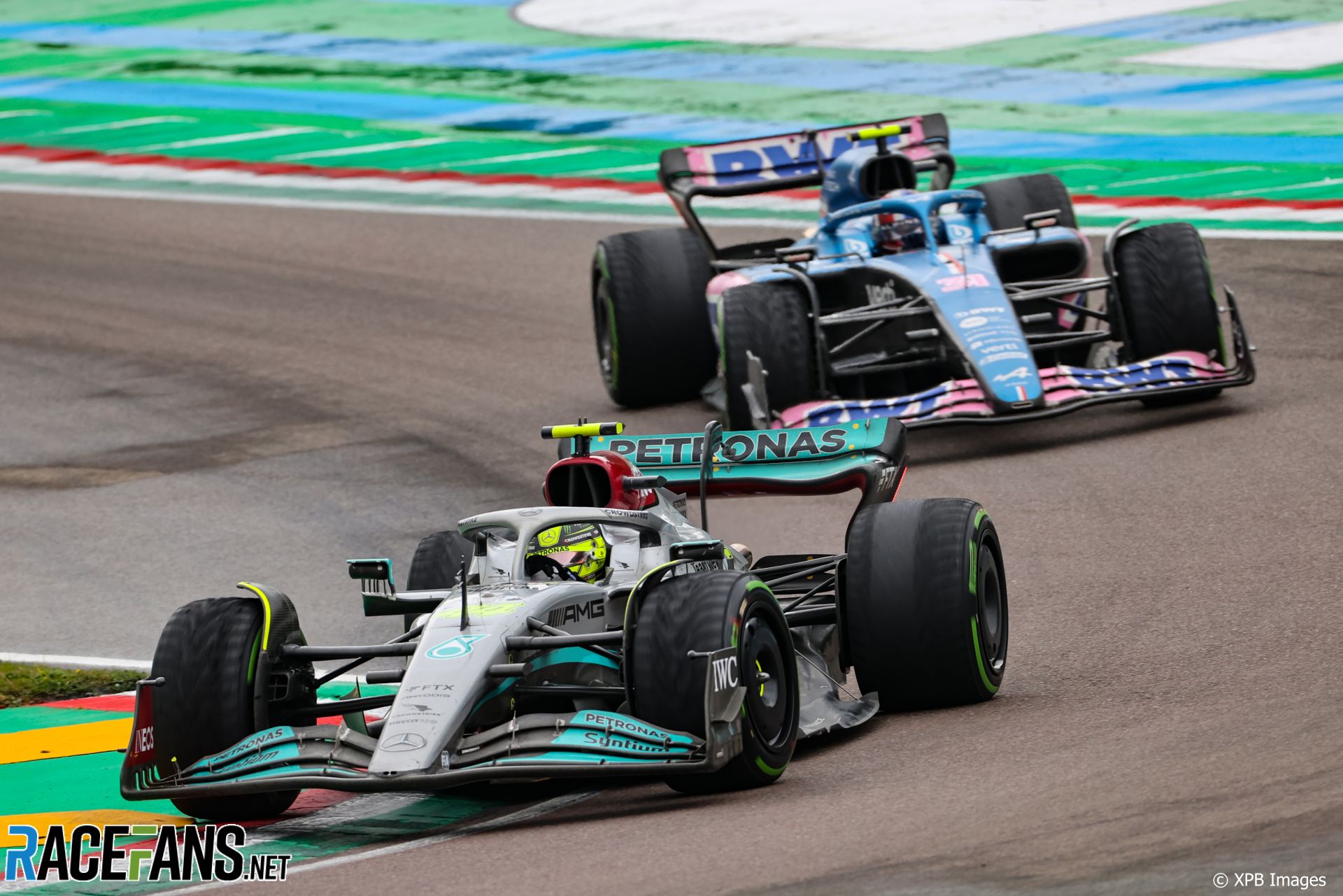 Lewis Hamilton deserves a better car than Mercedes have given him said team principal Toto Wolff.

After Hamilton finished 13th in today’s race Wolff spoke to him on the radio and apologised for his uncompetitive car.

“Sorry for what you have needed to drive today I know this is un-driveable and not what we deserve to score as a result,” Wolff told Hamilton. “So we move on from there but this was a terrible race.”

Mercedes have suffered problems with porpoising since the season began, which were particularly acute at Imola.

“Lewis deserves better from us. But we are a team, so we all need to do the utmost in order to provide him with a machine that is able to fight for front positions.”

George Russell finished nine places ahead of Hamilton in the other Mercedes, having gained places at the start and made his way past Kevin Magnussen. Meanwhile Hamilton was stuck in a queue of cars, each of which was using DRS, which Wolff said thwarted his efforts to make up places.

“You see that when there is a DRS train like we had yesterday in the sprint race none of them could overtake,” said Wolff. “So it’s really if you’re being boxed in a train of cars, it’s just almost impossible to overtake.

“I think Lewis had much more pace than Gasly or Albon or all the other guys in front of him. But there’s one DRS straight and if you haven’t got the straight-line speed, you can’t pass.”

While Hamilton apologised for failing to match his team mate’s points-scoring achievement, Wolff believes both are getting the most from their car.

“I think both drivers are doing the utmost and out-performing the car at the moment. We’ve seen that reaping the results for George, who did an outstanding race, a perfect start and then handled a car that was that wasn’t tuned optimally and Lewis was just stuck there in the back.”