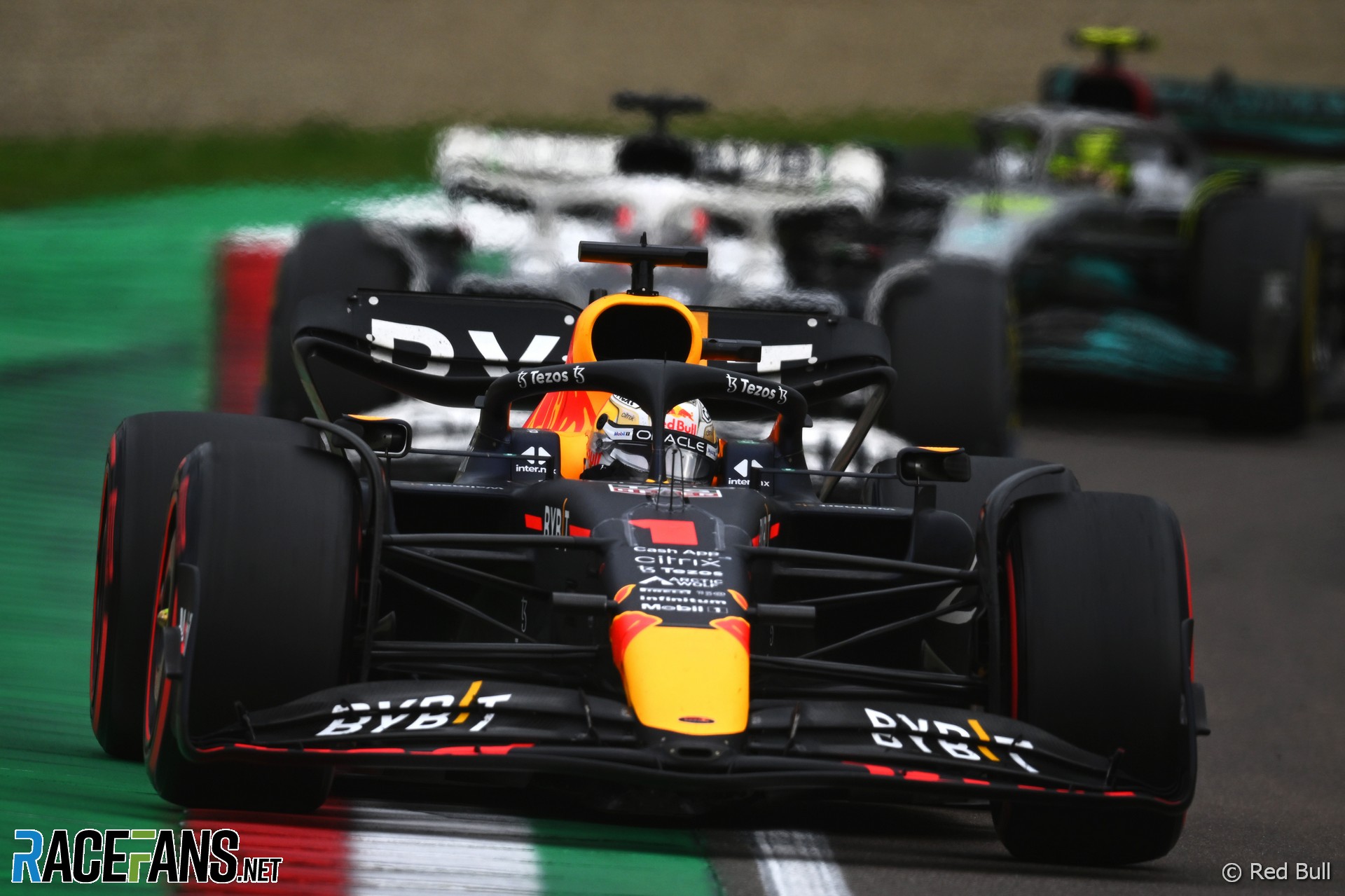 Max Verstappen says he wasn’t surprised to find himself lapping Lewis Hamilton during the Emilia-Romagna Grand Prix, given how poor Mercedes’ start to the season has been.

“They’ve been slow all year so it’s not really a surprise,” he said. Verstappen added he didn’t feel any particular satisfaction in putting his former championship rival a lap down. “It is what it is.”

Verstappen also had sympathetic words for his championship rival Charles Leclerc as well, saying the Ferrari driver’s crash which dropped him to sixth place was “easily done.”

“Of course, he was pushing hard to try and fight Checo. It is painful but I think he knows that himself, he doesn’t need to hear that from anyone in here.

“But it’s still such a long championship. You can still gain a lot of points.”

Having left the previous round sixth in the championship, Verstappen bounced back with grand prix and sprint race victories at Imola, helping towards a maximum haul of 34 points.

He now lies second in the championship, 27 points behind Leclerc. Verstappen praised his team after an “incredible” performance.

“Melbourne wasn’t great for us and the start of the season in general wasn’t amazing,” he reflected. “So we needed a good weekend.

“I didn’t expect it to be like this, but of course, when you have a weekend, at the end of the day, like this, that’s incredible. A one-two for the team, but also maximum points scored.”

Red Bull got little wrong over the course of the event, he said. “The way I think we handled the race, we didn’t really make any mistakes.

“We made the right calls with switching from the inters to the slicks, and from there onwards we just controlled the race. It probably seemed easy on the TV but you still have to be focused, especially also with backmarkers. It’s easy when you’re off-line to lock up or go through a wet patch and go off track, just manage that.

“But the car was handling really well. Of course, we saw that yesterday already in Sprint Qualifying that we had good pace in the car. And we could look after our tyres probably quite nicely. So, yeah, a very positive weekend.”

53 comments on “Lapping Hamilton was ‘not really a surprise, they’ve been slow all year’ – Verstappen”