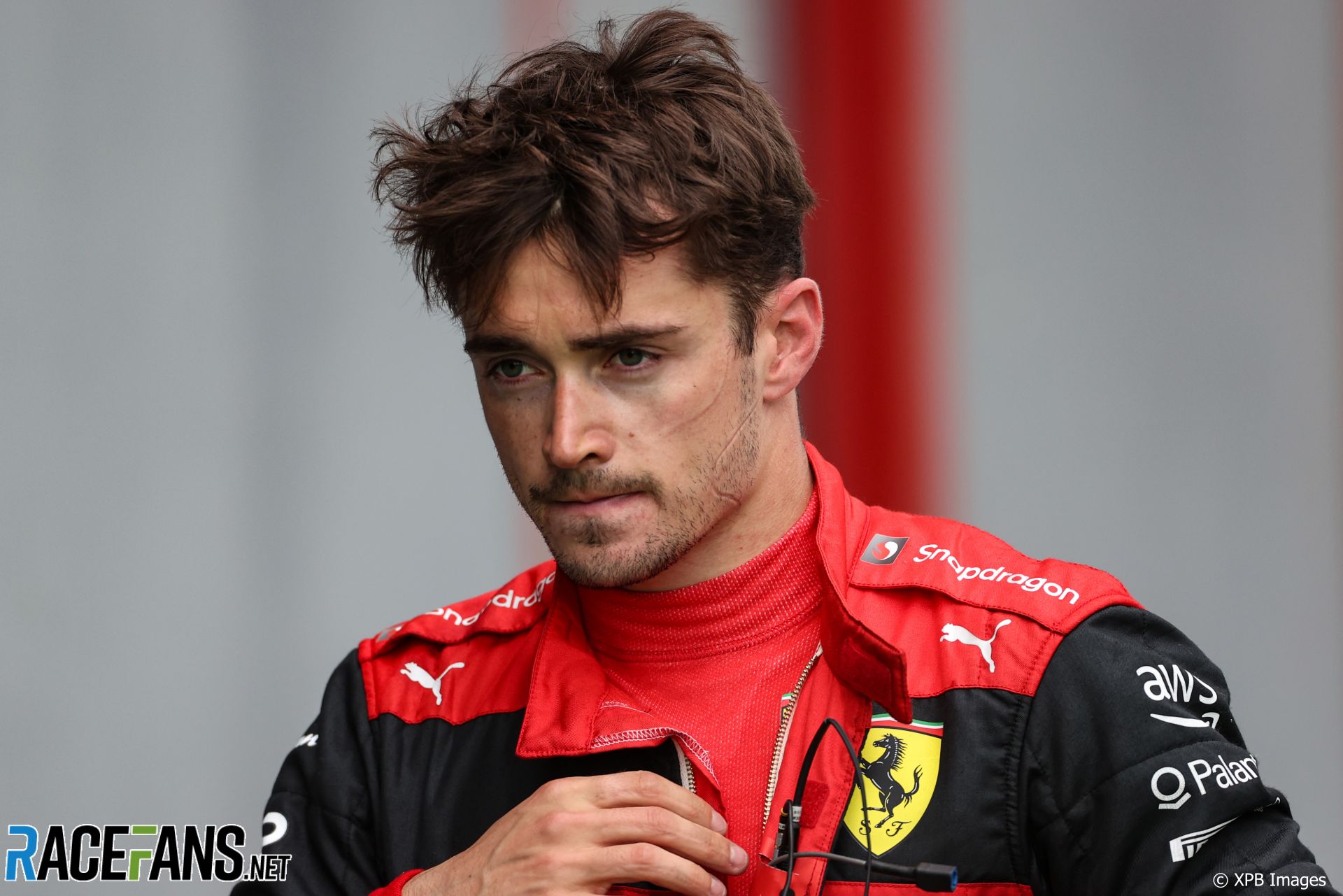 Charles Leclerc dismissed suggestions he succumbed to pressure when he spun into a barrier while chasing Sergio Perez during the Emilia-Romagna Grand Prix.

The Ferrari driver finished sixth after he damaged his car at the Variante Alta on lap 53. He arrived at his team’s home race with a 34-point lead in the championship but was already on course to lose ground to Max Verstappen when he went off.

However Leclerc doesn’t believe the pressure of the situation affected his driving. “Obviously, we’ve had pressure not only today but for the whole weekend and I don’t think I’ve done many mistakes before today,” he said.

“It was the mistake that cost me a lot and I’ll learn from it, but no, on my side there was no particular added pressure whatsoever.”

Leclerc went off after making an extra pit stop for a fresh set of tyres. He believed that gave him a chance to move up from third position.

“I saw the opportunity that before I didn’t think was there,” he said. “It was very clear to me that that today was the third place and that was what was possible. But I saw the opportunity and I still tried it. I went a bit quicker in turn 14-15, took too much kerb and spun.

“All points count and today I’ve put away seven points, against the 15 that we had if we were finishing third. So every points are important. I will learn from this for the future. It’s the way it is now, I’ve analysed the data, I know what I’ve done and I’ll move on.”

The Variante Alta chicane was a key point on the lap where the Ferrari could gain on the Red Bull, he explained.

“I was quick there and the car felt good there. Especially in the race today I felt like it was probably one of the corners where Checo was a bit less competitive than me.

“Obviously on that lap, I knew that there was an opportunity, so I tried to push a bit more and it was too much. But apart from that, I don’t think I’ve taken any unnecessary risk on the other laps during the weekend or whatsoever, everything was okay on that side.”