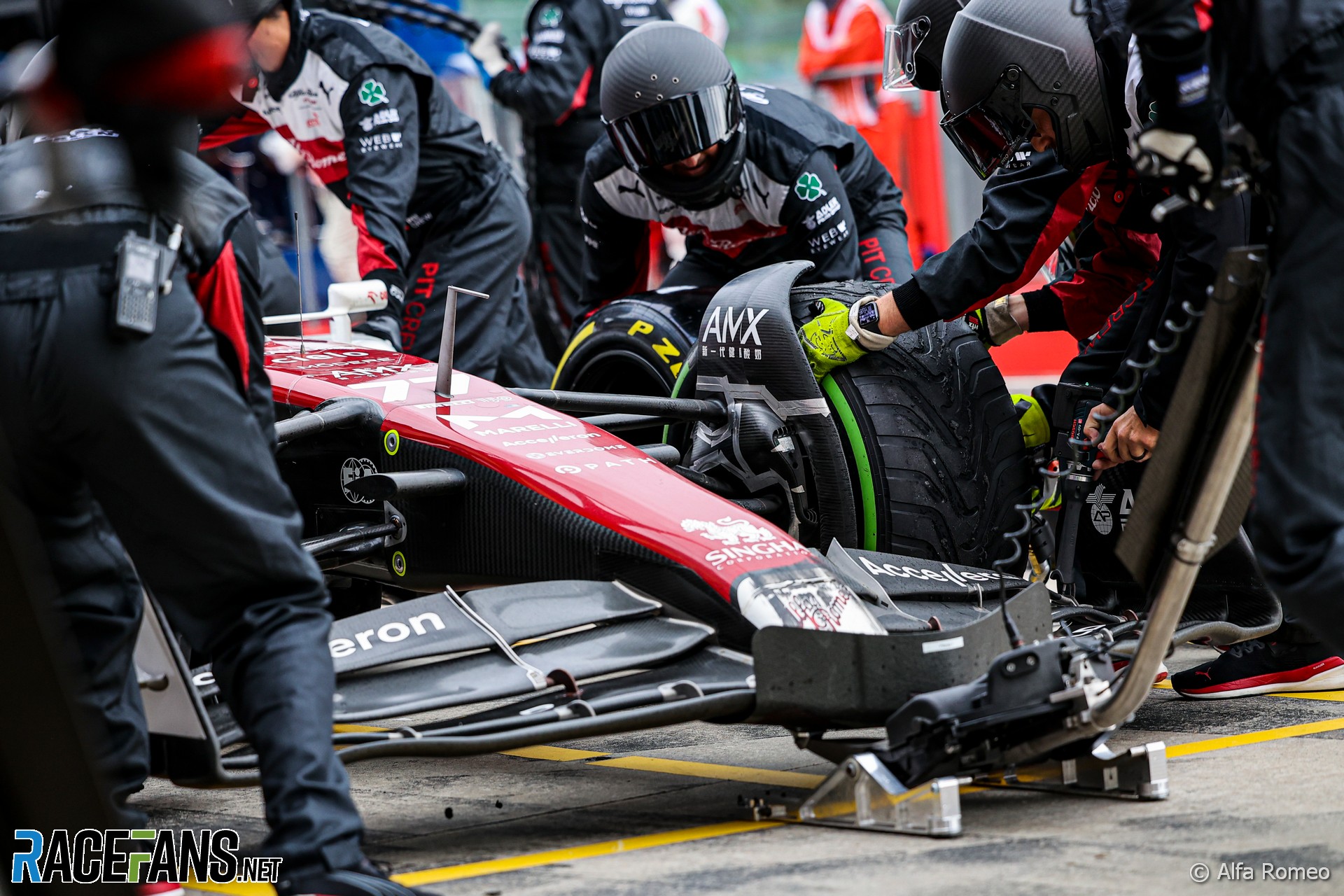 A cross-threaded right-front wheel nut halted Bottas’ second place run in Monaco last year while he was driving for Mercedes. The team was unable to remove it with conventional pit stop equipment, meaning his tyre couldn’t be swapped and he was forced to retire.

The same problem struck on the same corner of his car when Bottas made his sole pit stop at Imola yesterday. Fortunately for him, his Alfa Romeo team were able to correct it, though not without losing a significant amount of time.

“At the pit stop we had a problem with the right-front,” explained the team’s head of track engineering Xevi Pujolar. “Initially a cross-thread, but we could recover that and then we were able to secure the wheel nut properly. That cost 11, 12 seconds if we didn’t have that.”

The lost time was a mixed blessing, said Pujolar, as it allowed George Russell to pull further ahead of Bottas, but also allowed the Alfa Romeo driver to run in clear air for longer, which was better for his tyres.

“We didn’t lose any positions, but we lost the gap to Russell,” he said. “For sure we would have been closer to Russell and Norris, could have challenged him.

“The question mark is when you are in traffic then what happens with your right front [tyre]? Because he was in free air, we were very strong and we’re able to manage the tyres well, keeping a good pace. If you fight all the way, we could probably get a better position, you can also damage more the fronts.”

Bottas was also delayed at the start of the race when Carlos Sainz Jnr and Daniel Ricciardo collided. He was unable to avoid hitting the McLaren, which left the team worried about the state of his front wing.

“We had a big hit on the front wing, we thought that we would damage our front wing because it was a significant hit,” said Pujolar. “He mentioned that and then we had to look at all our data and, when the car was going past, a visual inspection and everything was okay.”