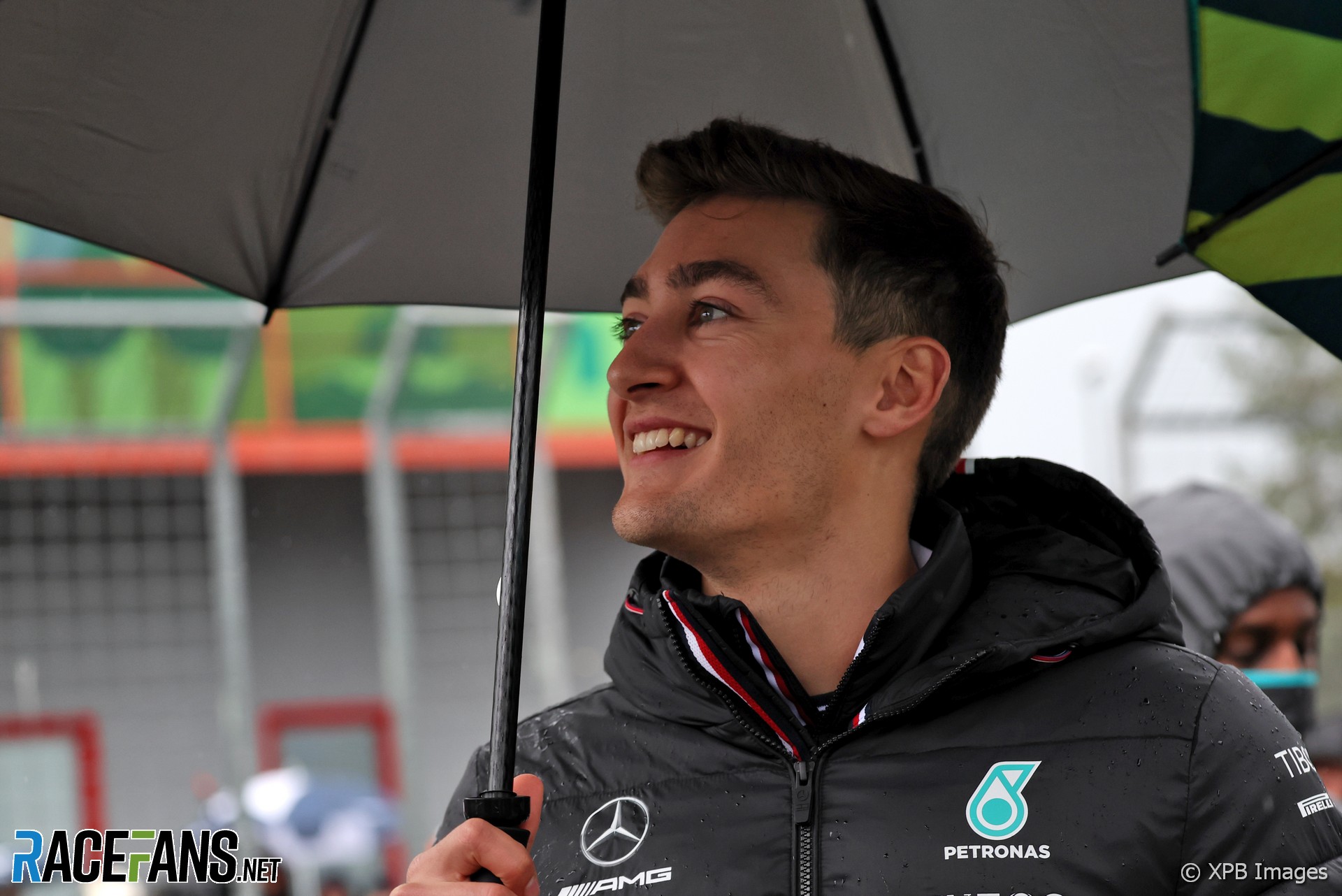 George Russell isn’t taking his position ahead of Lewis Hamilton for granted despite beating his illustrious team mate again at Imola.

While Hamilton struggled to 13th, Russell scored a surprise fourth, aided by a rapid start from 11th on the grid. Russell said the circumstances of the race explain why he was able to finish so far ahead of his championship-winning team mate.

“I think it’s just how things fall out, sometimes, in a race weekend,” said Russell. “I made a very strong start, I don’t know what happened to him at the start.”

After four races, Russell now leads Hamilton by 49 points to 28. Both drivers have similar problems with Mercedes’ W13, which porpoises excessively at high speeds, forcing them into set-up compromises.

“We are equally struggling when the car is so far out of bed and it’s not in the right window,” said Russell. “It didn’t really feel like a proper racing car to drive.

“Especially we’re struggling with the tyre warm-up. On Friday was 13 degrees and it was just a nightmare to drive.”

Russell has no doubt he will face a more competitive team mate over the remainder of the season. “I expect him to come back so strong,” he said. “The way he’s pushing and motivating the team is inspiring. I’m not getting comfortable in this position because I know what he’s capable of.”

However Russell admitted he may be at a slight advantage over Hamilton as he has driven uncompetitive cars in recent seasons.

“Perhaps with my struggles at Williams, driving very difficult cars, maybe that’s helped in some small regard,” said Russell. “Q1 and Q2 for us now is massively important, whereas previously for Mercedes, that was a breeze, almost like a build-up session getting ready for Q3.

“Lewis is going to come back incredibly strong I have no doubt and he’s definitely going to be pushing me all the way.”

Team principal Toto Wolff praised Russell’s contribution to the team since his arrival at Mercedes, saying it has been one of few bright spots in their difficult start to the season.

“I’m very impressed with how he’s settled in, how professional and analytically he helps to assess the situation,” he said. “The combination [of drivers], that’s the one of the very few highlights that I have at the moment on our journey here, how the two of them work together with no friction. On the contrary, very, very productive and positive for the team, and I couldn’t be happier with the driver line-up.

“But in that respect, I think we have the two best drivers or two of the maybe three best drivers, and they deserve a car and a power unit that makes them fight them in the front rather than being lapped. That’s not what any of them deserves.”

19 comments on “Russell ‘not getting comfortable’ ahead of Hamilton, ‘I know what he’s capable of’”