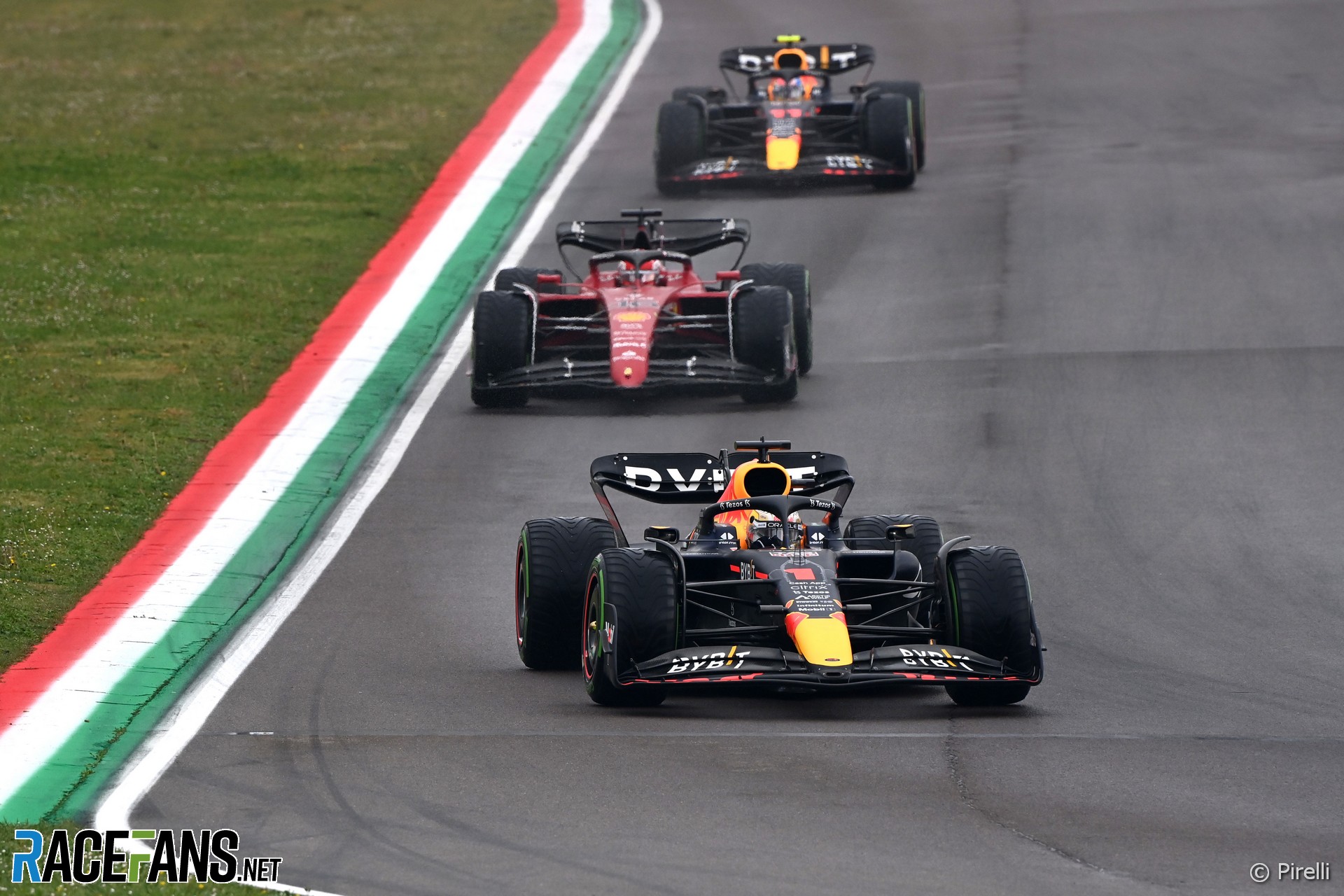 Red Bull team principal Christian Horner expects the balance of power between his team and Ferrari will be “swings and roundabouts” throughout the 2022 season.

Max Verstappen scored his second victory of the year last weekend at Imola. Horner said it was a fitting recovery for the team and engine supplier Honda Racing Corporation after Verstappen’s retirement from the Australian Grand Prix.

“It was a great response both in the factory, in Milton Keynes, and in Japan,” said Horner. “The best possible response was to come and achieve a maximum score, bar one point, across the two days of racing.”

Verstappen’s retirement in Australia was the team’s third from the first two races. His Imola victory allowed him to regain some of the ground he had lost to championship leader Charles Leclerc.

“The DNFs have been costly, particularly for Max,” said Horner. “But it’s a long, long season and I think we’ll take a lot of confidence out of this weekend.

“In the championship, obviously, it was important for us to take some points off Ferrari, which we’ve done in both championship tables. So we’ll take that out of this weekend and then try and build on it in Miami at an all-new circuit a couple of weeks time.”

Horner expects a strong challenge from Ferrari at the next race. “It’ll be, again, horses for courses,” he said. “Ferrari have got a great car, they got great drivers.

“They’ve been unlucky at this race. But for sure they’re going to be super-competitive in two weeks time. And I think it’ll be like that for the whole season.”

Red Bull triumphed in Imola partly because they managed to get the best out of their tyres in the damp and cool conditions, said Horner.

“As we saw in Melbourne, the tyres, there’s an operating window within them. I think the set-up this weekend, we got it right, and we could see that Charles was struggling a little bit more with the front tyres here than we were, both in [Saturday’s] race and starting to happen in the latter part of [the grand prix].

“So that just gave us the upper hand. I think Max was able to manage the race perfectly, Checo was able to build a gap to Charles and manage that gap. And at no point, other than one trip across the grass with Checo, did we really come under too much pressure.”

Horner added he is satisfied the team has solved the problem which caused Verstappen’s Melbourne stoppage, following their double retirement in Bahrain.

“But you can never say never. I think obviously it’s demonstrated that we’ve managed to get on top of the issue from Australia.”