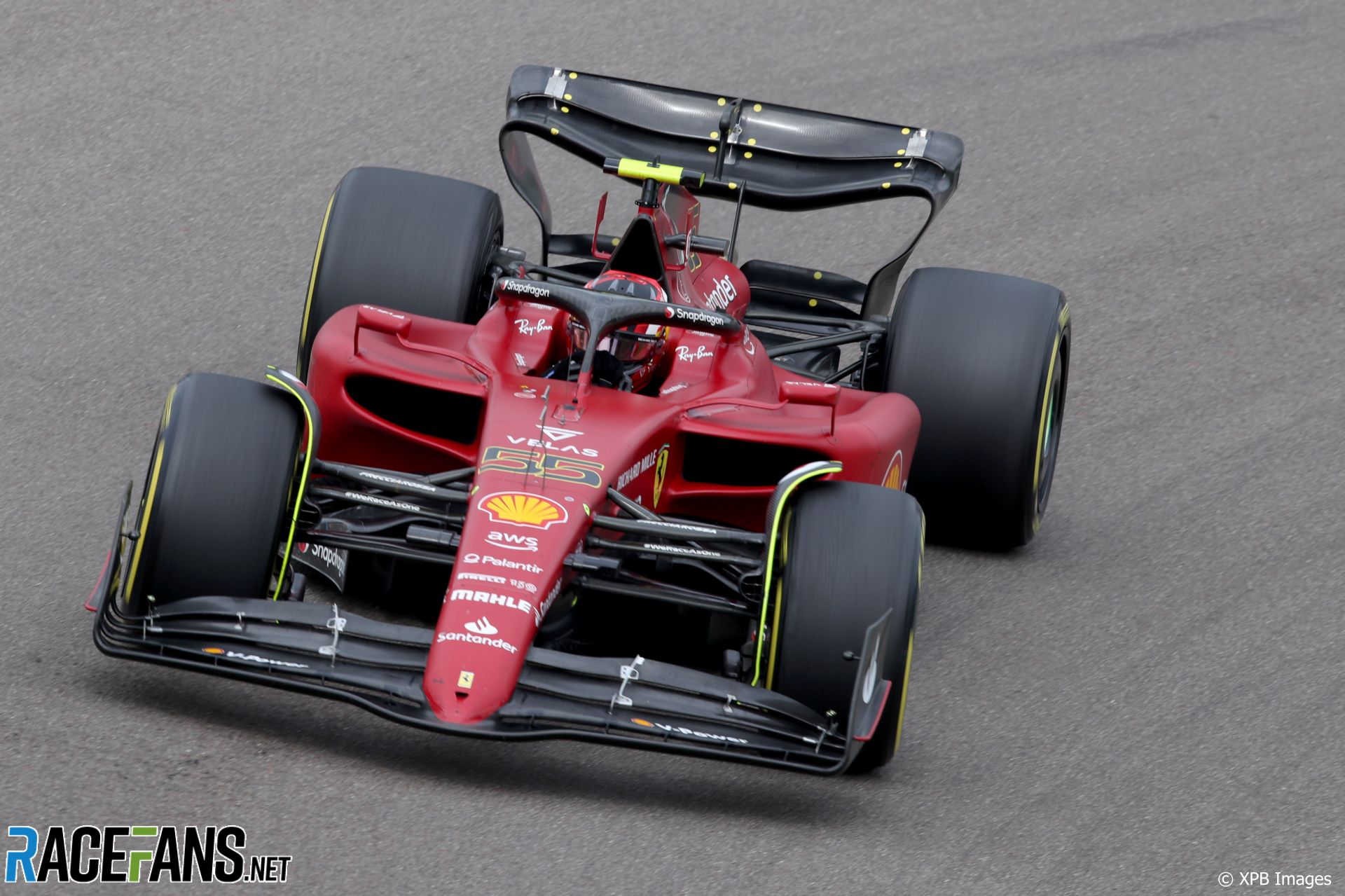 Ferrari will bring track-specific new parts to next week’s race in Miami followed by a more significant upgrade afterwards.

“We’ll have a few new parts on the car because first Miami is a high-speed circuit compared to the ones we’ve had so far,” said Binotto at Imola. “In terms of downforce, we will run something different compared to what we have here.

“Hopefully that level of downforce we bring to Miami, we are quite confident it’s quite an efficient one. But we know as well that got a good medium-low downforce package as well that will be competitive.

“It will be a completely new track, a new challenge. Quite interesting, I’m pretty curious to be there. So we will adapt our car in terms of downforce level, which is important.”

The team also has an eye on the superior behaviour of Red Bull’s RB18 at speed, which ‘porpoises’ less noticeably than the F1-75.

“We’re still working on the porpoising which as you see is quite visible,” said Binotto. “We’ve got it certainly more than the one of Red Bull and in there there’s some performance potential that we need to try to get.

“So this is the main one for Miami but let me say that the main upgrades will come soon after.”

Charles Leclerc said the two cars are so closely matched the balance of power between them is being dictated by how well they suit each track.

“So I still feel like we are there more or less and it’s track dependent who of the two are coming out on top. So I don’t think there are any significant differences yet. But yes, they were a bit stronger than we were this weekend.”