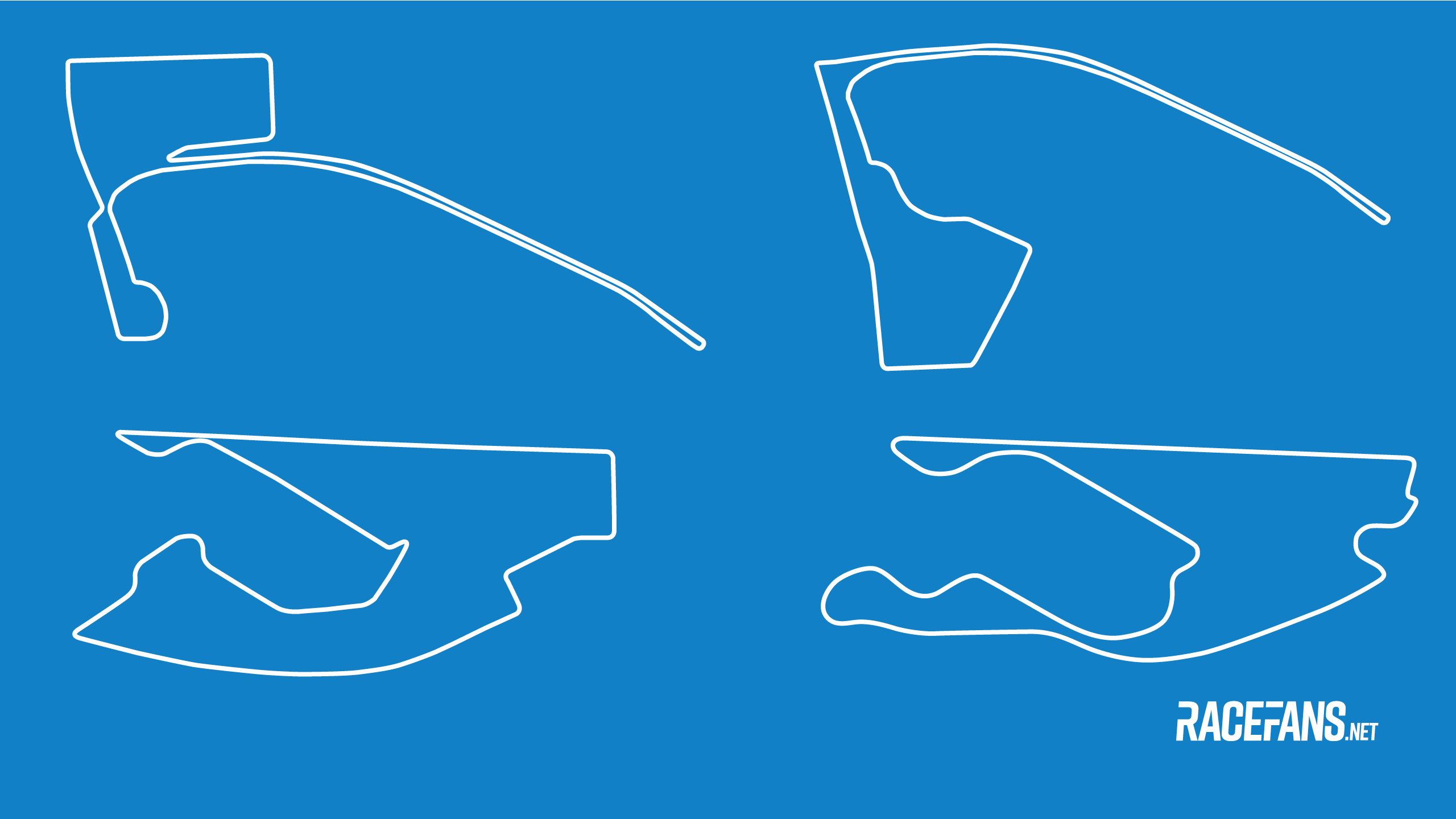 A grand prix in Miami has been a top target for Formula 1’s owners Liberty Media since they took over the sport five years ago.

But the route to this weekend’s inaugural grand prix has been far from smooth. Since the race was first mooted, when a radical route including an underground tunnel was considered, many different configurations have been proposed, amended and rejected.

The original venue for the race had to be abandoned due to local opposition. A new site was chosen, where the race will take place this weekend, but that layout too has been through many revisions.

Here’s how the final, 5.4-kilometre Miami International Autodrome which will hold this weekend’s Miami Grand Prix evolved from its predecessors.

F1’s first choice of location for its Miami race was on the waterfront overlooking Biscayne Bay. Single-seaters had raced there before, including the CART IndyCar series and Formula E, and the setting had an obvious appeal for the series.

Unfortunately the series did not hold the same appeal for the locals, which was why the race eventually had to move. But not before the promoters made several attempts to address concerns by modifying the course.

The original, anti-clockwise Miami track layout, including two long acceleration zones leading back and forth across PortMiami, was not a hit with the drivers either.

“Miami is a super-cool place and I was very excited to hear about it,” said Lewis Hamilton . “But when I saw the layout I was like… meh. I think it could be a lot more fun. You have got two of the longest straights, but maybe when you drive it, it will be fun.”

They never got to drive it, of course, though not due to a lack of effort on the promoters’ part.

The original Biscayne Bay track layout included a run around a sports arena known at the time as the American Airlines Arena. Formula E’s much shorter circuit followed part of the same route.

However this area of land fell within the jurisdiction of a commissioner who opposed its use for a race. This forced the promoters to redraw their route.

Their solution was to expand the track to the south into Bayfront Park, an area which had previously been used for races by other series, including IMSA.

Hopes the Miami Grand Prix would go ahead in 2019 were ultimately dashed despite further revisions to the track layout. This added further corners to the section of course on Dodge Island. A double chicane was inserted where the cars would have made their return bridge crossing and approached the final left-hander at high speed.

But the practical considerations of the track were secondary to the political opposition to the race, which finally forced the promoters to look elsewhere.

A key mover behind the Mimi race was Stephen Ross, who at one stage considered buying F1, before Liberty Media took over. Having abandoned his efforts to stage the grand prix on the scenic waterfront, Ross instead looked to a property he already owned: The Hard Rock Stadium, home to the Miami Dolphins NFL team, some 20 kilometres north of the original venue.

A plan was devised to construct a pit and paddock to the north-east of the stadium and lay out an anti-clockwise circuit using the car parks and roads surrounding it. The race finally had a venue, but political considerations forced further changes to the course.

The first sector of the track went through the most changes. The original configuration was quite slow and included a sharp left-handed hairpin leading to a long acceleration zone along 199th street to a couple of 90-degree turns.

This was later revise: The hairpin was replaced with a quicker corner which led to an extended acceleration zone, formed by creating a new, tighter section at the end of it.

Moving the race venue had not solved the problem of local opposition. Concerns were raised over the use of active roads, leading the promoters to shift the track off 199th street.

The basic configuration remained the same, though the acceleration zone along the south edge of the circuit had acquired new, flat-out bends.

“World-class racing without using 199th street and no racing during school hours,” proclaimed Miami Dophins CEO Tom Garfinkel when the revised track was revealed. “The F1 Miami Grand Prix will showcase Miami-Dade and Miami Gardens to the world.”

At this stage they still planned to construct the pit lane on the inside of track, as is common practice at most venues. This was the final change of note to take place.

Having moved to pits to the outside of the track, the opening sequences of bends was also amended. The new configuration resembles the first three turns at Brazil’s Interlagos, albeit reversed and flattened. Indeed, one inevitable consequence of the track’s location is it is largely flat.

After five years of effort and after going through many track variations, F1 finally has its Miami Grand Prix. The 19-turn course promises to be quick, with average lap speeds comparable to those seen at Imola.

Interest in F1 is rising rapidly in America. But the sport has been through more venues in this country than anywhere else: this is its 11th different home. It now falls to Miami to provide the kind of spectacle Liberty Media is eager to create in its home territory.

18 comments on “The evolution of Miami’s F1 track: Seven layouts which led to its final design”