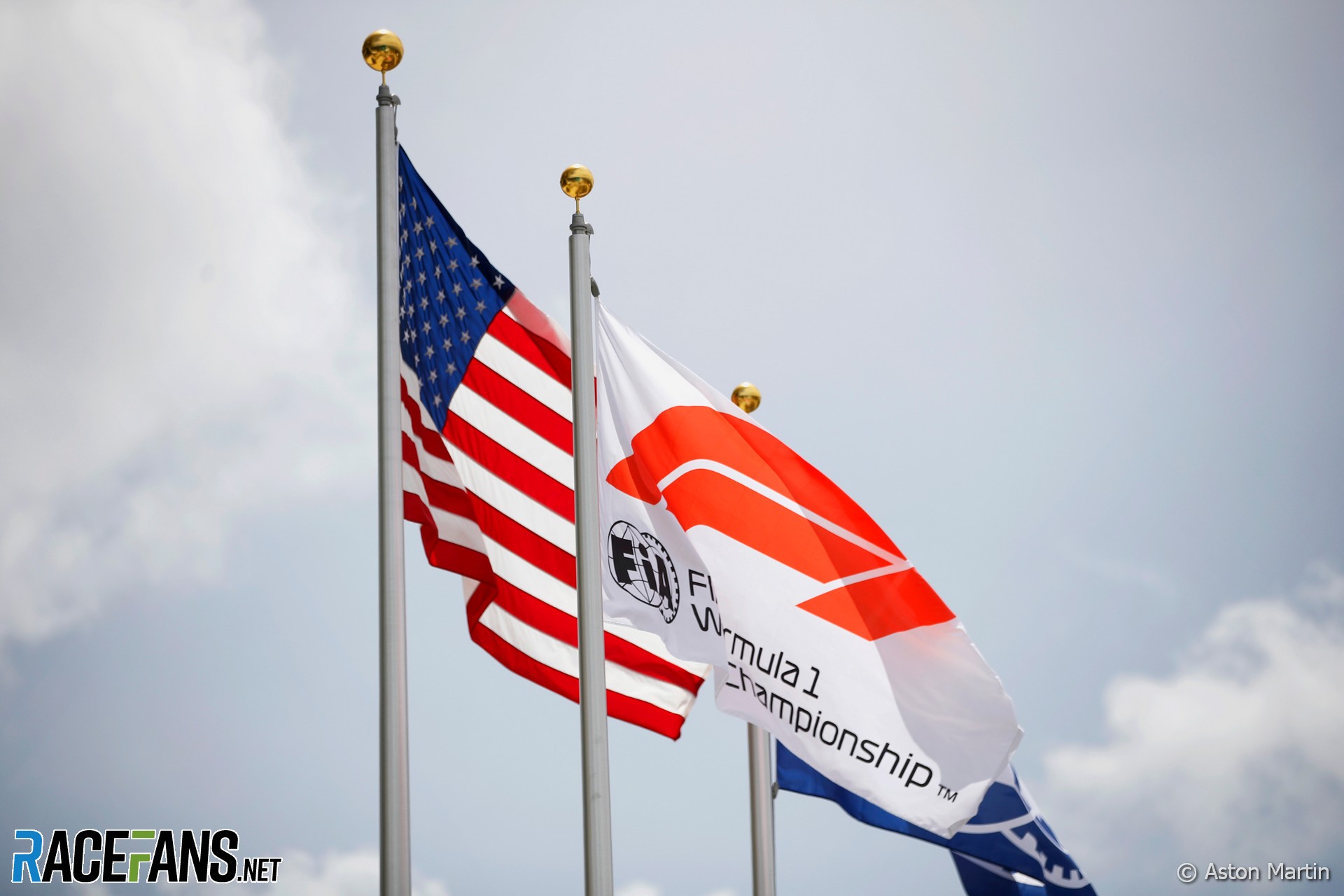 A sell-out crowd of 240,000 will attend this weekend’s inaugural Miami Grand Prix, with 82,500 filling the course around the Hard Rock Stadium on Sunday. The event promoters already plan to increase capacity for coming seasons.

It’s a major win for Formula 1 owners Liberty Media, who immediately latched onto the sport’s potential in their home country when they bought it. Liberty Media president and CEO Greg Maffei described F1’s American presence as “under-viewed, under-monetised, under-everything” in 2016.

The surge in F1’s US popularity since then has been largely driven by Netflix’s Drive to Survive series, which has shown the world a different side to the drivers (while exercising a fair bit of artistic licence). It was an instant hit which has been widely credit for driving the growth of the sport in America.

While some drivers, Red Bull’s Max Verstappen in particular, have not been happy with their portrayal in the show, most recognise its value.

Kevin Magnussen, who raced in America last year before returning to F1, understands its appeal. “It’s huge,” he said in response to a question from RaceFans at Imola. “I don’t particularly enjoy being on camera or being interviewed but I see the impact that it has on the general public and how good it is for Formula 1. I really feel like it’s a benefit to all of us, so I’m happily participating.”

The numbers speak for themselves. The 2021 grand prix at Austin had 400,000 fans in attendance, the highest figure across a weekend compared to the other races in 2021.

But there’s more than just the ‘Netflix effect’ at work here. “It’s really not just ‘Drive to Survive’,” F1’s director of media rights for F1 Ian Holmes told Front Office Sports. “I think the value proposition of Formula 1 in the US has clearly grown exponentially from the last time we did a [media] deal.”

And he’s not wrong. Social media has had a huge impact on the sport.

Bernie Ecclestone, F1 CEO before Liberty Media arrived, did not have any interest in social media. The sport’s online presence was not a focus compared to its lucrative broadcasting rights.

Since Liberty Media took over, the sport has been on an upwards trend online. F1 described itself as “the fastest-growing major sports league on the planet in terms of follower growth in 2021.” Clearly, the numbers were always going to grow once the championship began engaging online and creating content, but their digital strategy has played a major role in picking up more fans.

Mario Isola, head of motorsport for F1’s official tyre supplier Pirelli, also believes this is the case. “The new management is working a lot to promote this championship in new countries, new locations, new spectators,” he said.

“Netflix is a good example of this new approach from F1. Not only Netflix, but they are also a lot more open on social media websites. That means that you can catch more and different spectators in public compared to the past.

“We had discussions a few years ago about the fact that the average spectator of Formula 1 was becoming older and older, and they wanted to find a way to attract the younger people to Formula 1.

“I believe that was with Netflix, we had a lot of younger people that are now passionate about Formula 1 and I believe also because of the new drivers, because we have young drivers that are a lot more active on social media.”

The rise of Formula 1 in America is projected to continue to soar. Following Miami’s arrival on the calendar, a third US race is planned in Las Vegas next season.

F1’s growth isn’t confined to America. Last year’s season finale in Abu Dhabi last season saw a 29% increase in viewers, with 108.7 million tuning in. There were also significant rises in markets such as the Netherlands – inevitably linked to the rise of world champion Max Verstappen – plus France, Italy and the UK as well as the USA.

This growth has not gone unnoticed. In the week leading up to F1’s first race in Miami came news which will be music to the ears of those running the sport.

Volkswagen Group CEO Herbert Diess gave the clearest indication yet that two of its premium brands, Porsche and Audi, will grab the chance to enter F1 due to the rising popularity of the championship.

“Formula 1 is developing extremely positively worldwide, a lot,” said Diess. “In particular, Formula 1 has not been in the USA until now. [But] due to what is happening in marketing, Netflix, perhaps [you have] seen the series about Formula 1, which has led to Formula 1 now growing significantly among viewers in the USA, as well as young customer groups in Asia.”

The evidence is mounting that Liberty Media have done something special: They have finally cracked America.

It’s come at a vital time as the sport recovers from the financial blow of the pandemic. Its annual revenues fell by more than 40% from 2019 to 2020 to $1.1bn, due to the far shorter season of just 17 races. This resulted in an operating loss of $444m for Liberty Media.

While no US race took place in 2019, F1 made a triumphant and popular return to Austin last year. CEO Stefano Domenicali admitted he had his sights set on America to help F1 rebuild.

With three races in America next season, F1 bosses will inevitably face suggestions they are putting too great a focus on a single country, and putting some traditional venues at risk. That may be so, but its policy of prioritising growth in American has to be regarded as a success, and all eyes will be on Miami this weekend.