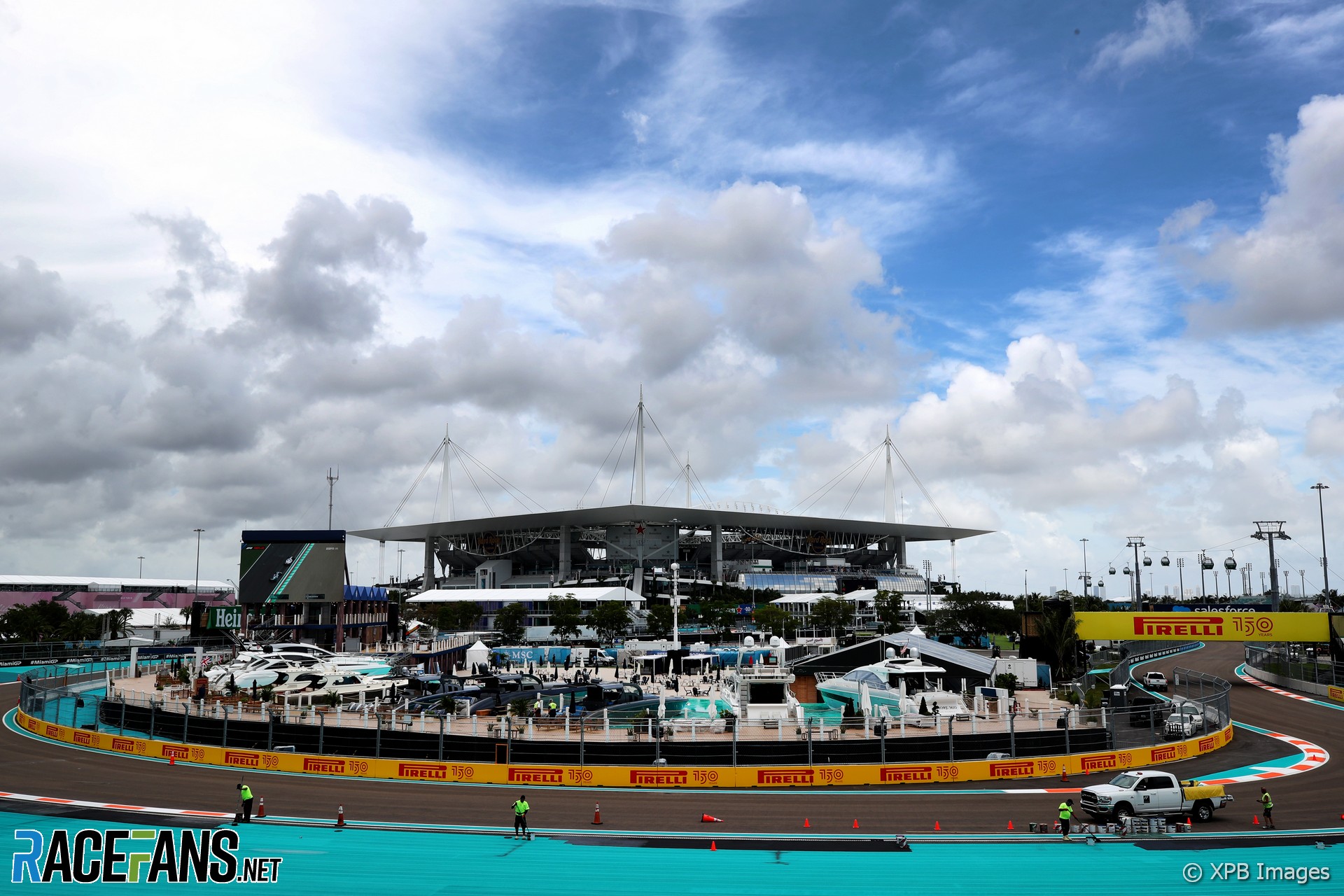 Pictures from the build-up to the 2022 Miami Grand Prix.

The Miami International Autodrome will hold its first round of the world championship this weekend. The 5.4 kilometre, 19-turn course is laid out on land surrounding the Hard Rock Stadium, home to the Miami Dolphins NFL team.

The track’s layout was created by Apex Circuit Design. Its construction began in April 2021 and the foundations of the pit building were laid the following September. The track’s final layer of asphalt was set in February.

Among the trackside attractions are an artificial Marina featuring several real yachts mounted on a hard surface painted to resemble water, on the inside of turns seven and eight. Later around the lap turns 11, 12 and 13 round an artificial beach.