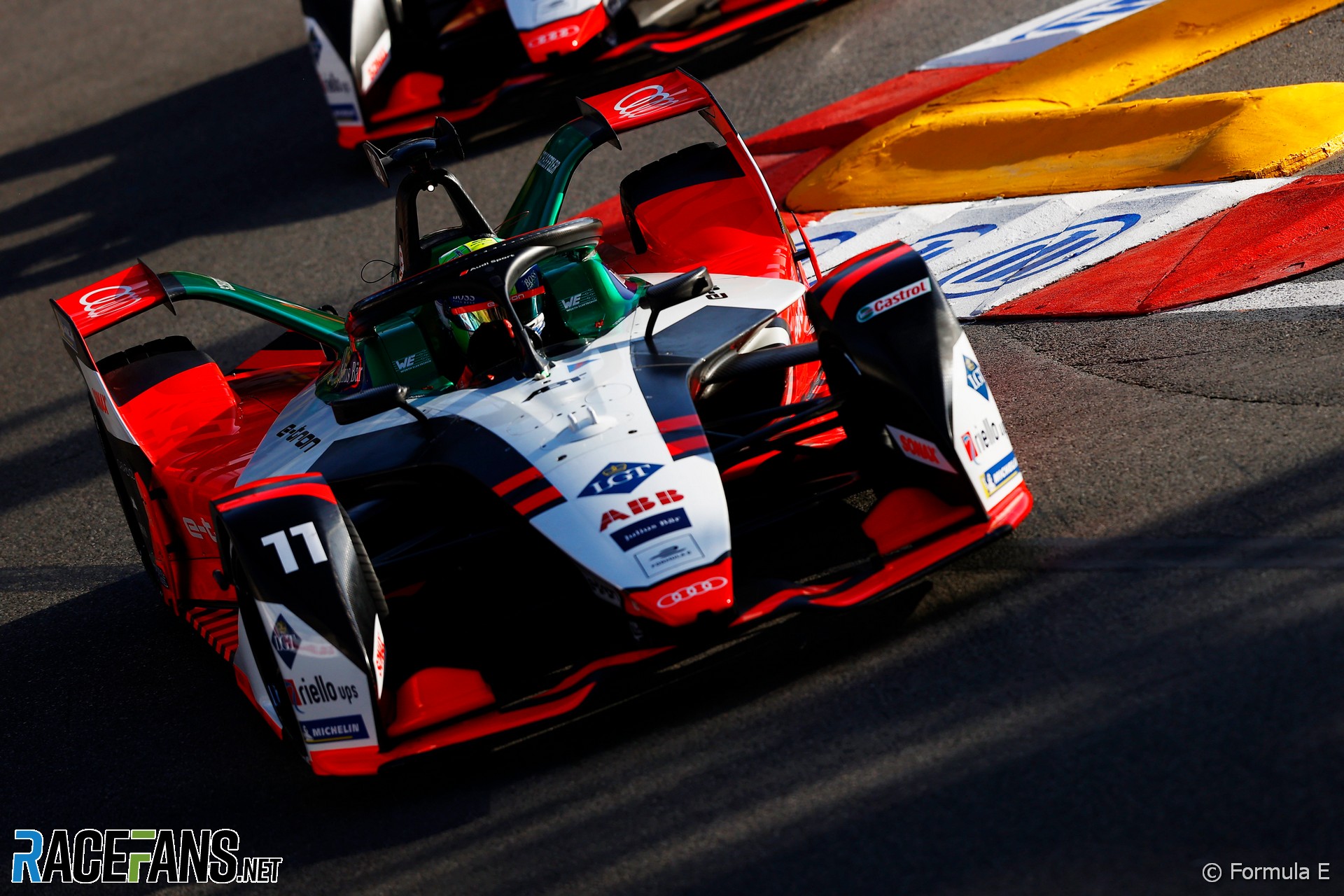 Abt has confirmed it will return to Formula E next season, following a one-year hiatus arising from Audi’s exit from the series.

The German squad has participated in the all-electric series since its launch in 2014. Lucas di Grassi won the series’ first ever race in Beijing with the team that year.

It entered with backing from Audi, which later took over the team, before withdrawing at the end of last season. Now Abt has confirmed it has applied to take up the 12th team licence for the ninth running of the series when its new, ‘Gen3’ cars will be introduced.

Abt has agreed terms with a power unit supplier, details of which it intends to announce soon, but is yet to confirm who will race for the team.

Long-term driver Di Grassi moved to Venturi this year, while his 2021 team mate Rene Rast is no longer in the series. Abt CEO Thomas Biermaier said the team “have very clear ideas” about who will drive for them. “We will probably [enter] as underdogs, unlike last time as a factory team.

“That’s why it’s all the more important that we have quick and clever drivers in the cockpit, who fit in well with us. The first talks are exciting and very positive, so I’m sure we’ll have our team together soon.”

Formula E CEO Jamie Reigle welcomed Abt back to the series.

“In season nine we will introduce two game-changing developments designed to enhance the appeal of racing in the ABB FIA Formula E World Championship,” he said. “First, we debut the Gen3 race car which will set the standard in performance, efficiency and sustainability. Second, we introduce new financial regulations to underpin competitive balance and financial sustainability for our teams.

“Together, they create an environment for competitive racing and long-term growth. We look forward to seeing Abt embrace these opportunities as they return to Formula E in Gen3.”