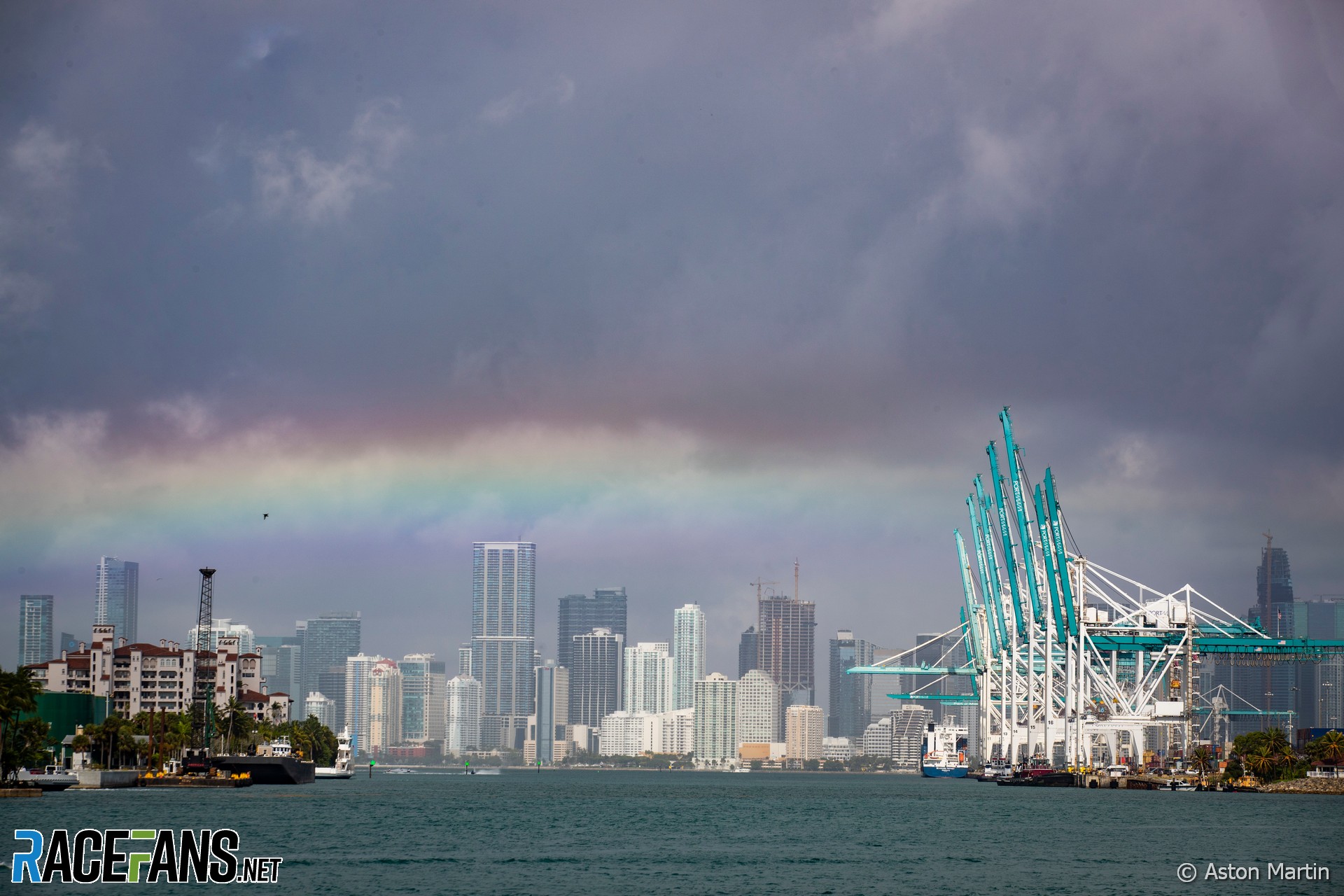 Formula 1 will race at a new venue this weekend, though the Miami Grand Prix is not the first time the world championship has visited the state of Florida.

Back in 1959 the season ended with a December race in Sebring. Holding the race that late in the year reduced the risk of experiencing the peaks of heat and precipitation that occur in the American state which lies closest to the equator.

Miami’s race takes place in early May for much the same reason. From this point on, the summer heat will begin to build, exacerbated by high humidity and punctuated by increasingly frequent thunderstorms.

However, early forecasts indicate F1 may not escape those this weekend. Above-average temperatures are expected as well as a slight risk of rain.

The first day of track action should see plenty of sunshine and very warm conditions, likely exceeding 30C. A light wind will offer little respite from the heat. The risk of rain will be low, but that is expected to rise over the following days.

The heat will continue to build on Saturday, potentially reaching 32C. However cloudier conditions are also expected and slightly stronger wind.

By Sunday, the risk of rain is estimated at 25-45%. Those forecasts will firm up over the coming days. However they are in agreement that the heat will remain – race day is likely to be as warm as the rest.