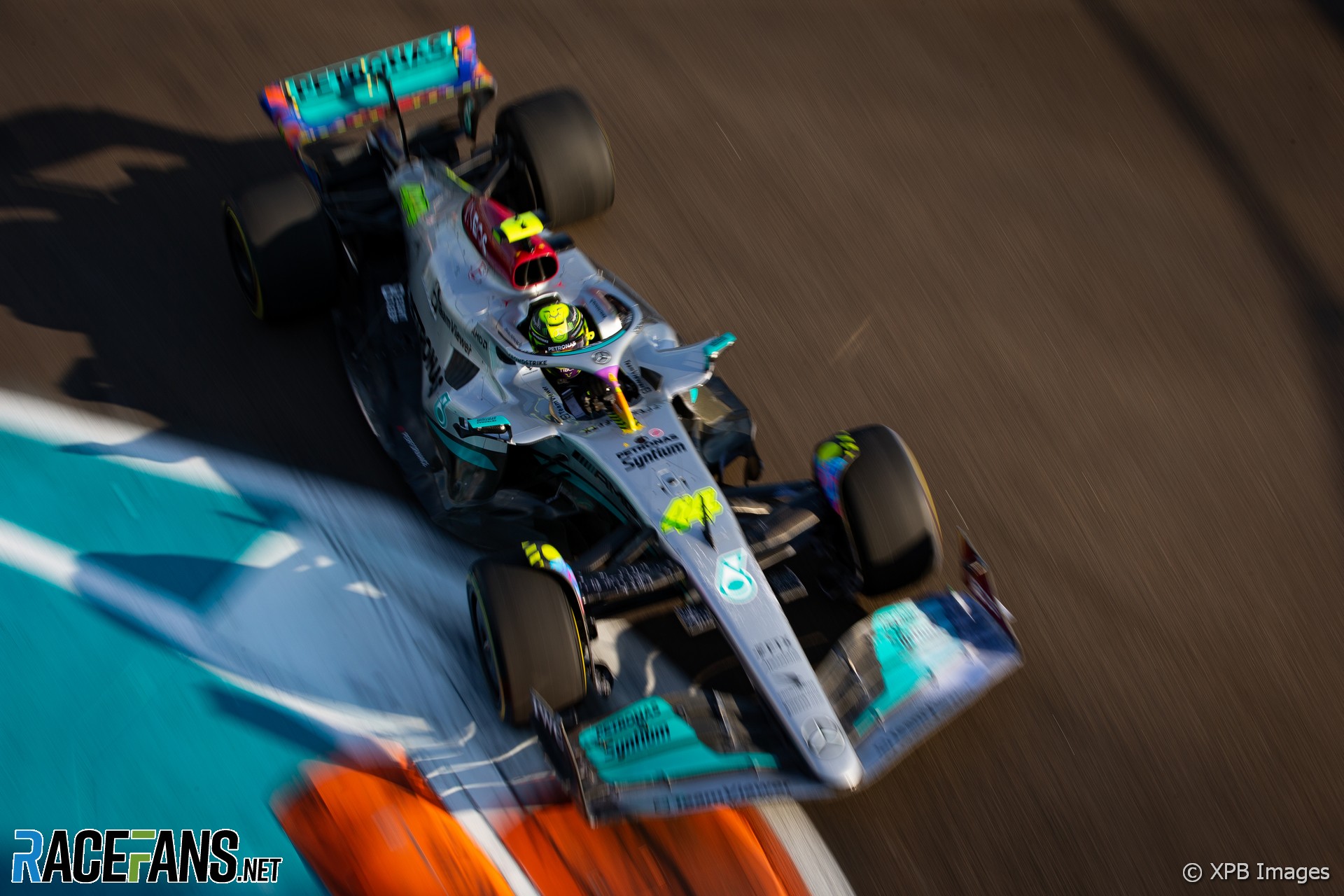 Lewis Hamilton believes Mercedes’ strong performance on Friday in Miami flattered their car after taking sixth on the grid for tomorrow’s race.

His team mate George Russell, who was quicker in second practice yesterday, failed to reach Q3 and will start from 12th on the grid.

“It’s a bit confusing with yesterday’s pace,” Hamilton admitted. “We don’t know why we were looking faster than we really were.

“Today was a bit of a surprise, to see us in P3, we were quite far back. So it was a bit nerve-wracking going into qualifying. We’ve not really taken a step forward or anything. We’ve just got to keep on working.”

Hamilton was at risk of being eliminated during Q1, but secured a place in the next stage on his final lap and went on to claim a third-row starting position.

“I’m generally really happy with the job that I did today,” he said. “I did the best I could with the car that I have. It’s a very hard car to drive.”

Mercedes brought revised front and rear wings this weekend aimed at reducing drag. Team principal Toto Wolff said these initially appeared to have improved the porpoising problem they have struggled with all season.

“It seemed yesterday that the low-downforce set-up worked and helped for the porpoising,” he said. “But obviously the track gripped up, there was more wind today and it looks like it didn’t cure the porpoising.”

Nonetheless Wolff believes the team saw the potential of the W13 on Friday. “Yesterday we had a glimpse of the performance that is in the car if we get [it] in the right spot,” he said.

“The main thing was again managing the porpoising. That was good yesterday and then we tried something that didn’t seem like a big change in and affected the car badly. We went all the way back and at the end in qualifying the drivers suffered again with the bouncing.

“The bouncing has such an effect on on the braking zones on what the tyres are doing. The consequence is that we are ending up sixth and 12th. The learning is exponential but exponentially tough at the moment. But we would have hoped for better today.”