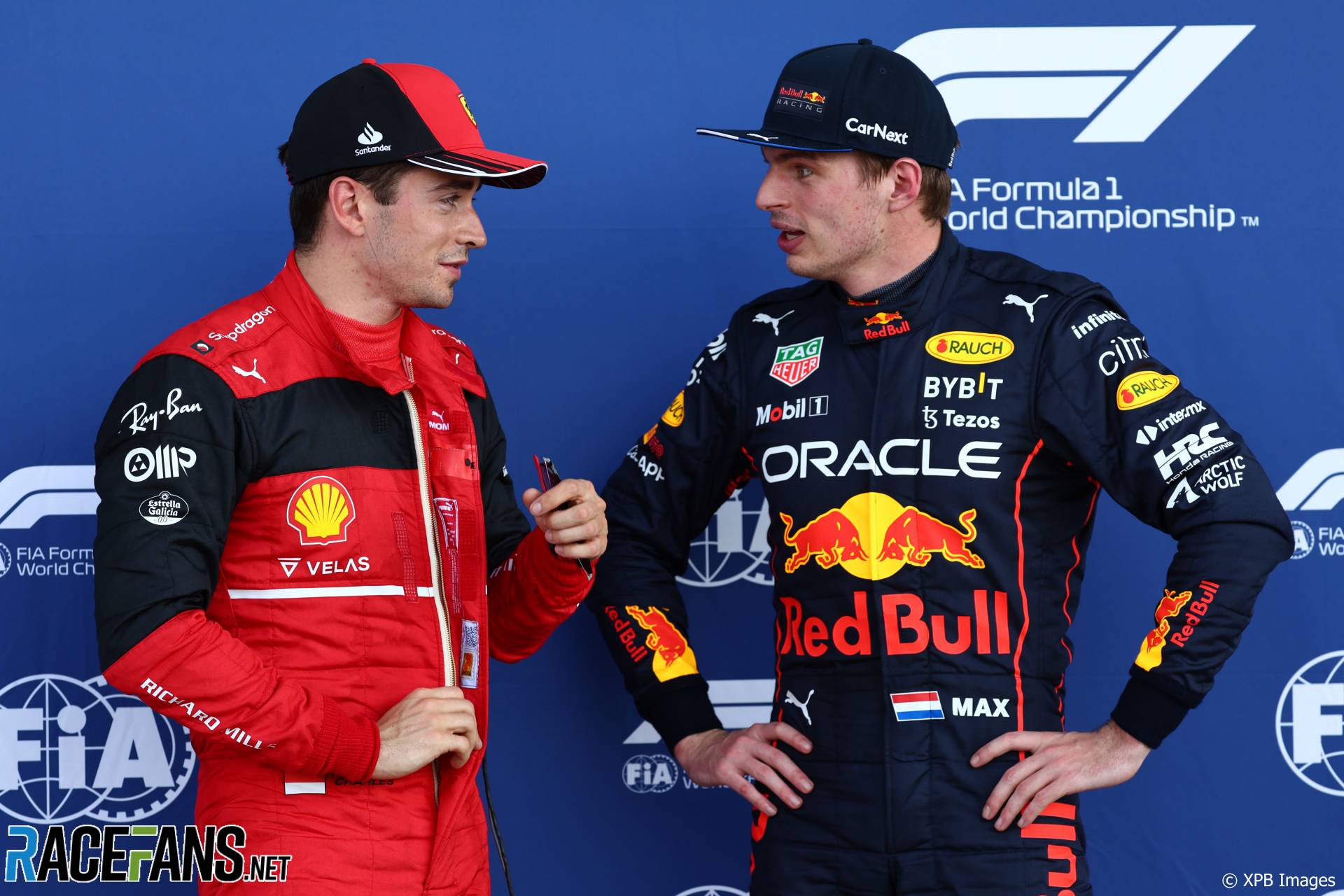 Charles Leclerc says he aims to “finish the job tomorrow” after taking pole position for the Miami Grand Prix, but admits he is concerned about the straight-line speed of rivals Red Bull.

The Ferrari driver took pole by just under two tenths, with team mate Carlos Sainz Jnr sealing the other front row place by five thousandths of a second faster from Max Verstappen.

After a frustrating weekend in Imola, Leclerc said taking pole in Miami represented an opportunity to reverse his fortunes. “The last weekend hasn’t been great for me, I did a mistake in the race, but today went well so we’re starting on pole and we finish the job tomorrow,” he said.

However, with Max Verstappen and Sergio Perez on the second row, Leclerc is wary of the potential threat from Red Bull.

“They are extremely quick in the straight lines, we are quick in the corners,” the Ferrari driver acknowledged. “It will be a tight challenge tomorrow and hopefully we’ll come out on top.”

Sainz agreed that the race would be difficult, in his case partly due to a loss of long running after a heavy crash in second practice. “Tomorrow it is going to be an interesting day with everything that’s been going on this weekend.

“I haven’t done any long runs yet, I haven’t put the fuel in the car on Friday so tomorrow after the grid will be the first time to have a feel, which could be quite challenging,” admitted Sainz.

“But at the same time I’m feeling confident with the car, the car is really good to drive around here so I think we an do a good job.”

He said it had been difficult to regain his confidence in the car after his heavy hit with the wall in second practice.

“I’m just building a bit from a pretty heavy crash yesterday. It wasn’t easy at all to get the confidence back in such a difficult circuit like this new one in Miami.

“But I kept it cool until Q3, I think I put down a couple of good laps. Not quite enough for pole position but given where I was coming from yesterday, I will take it.”