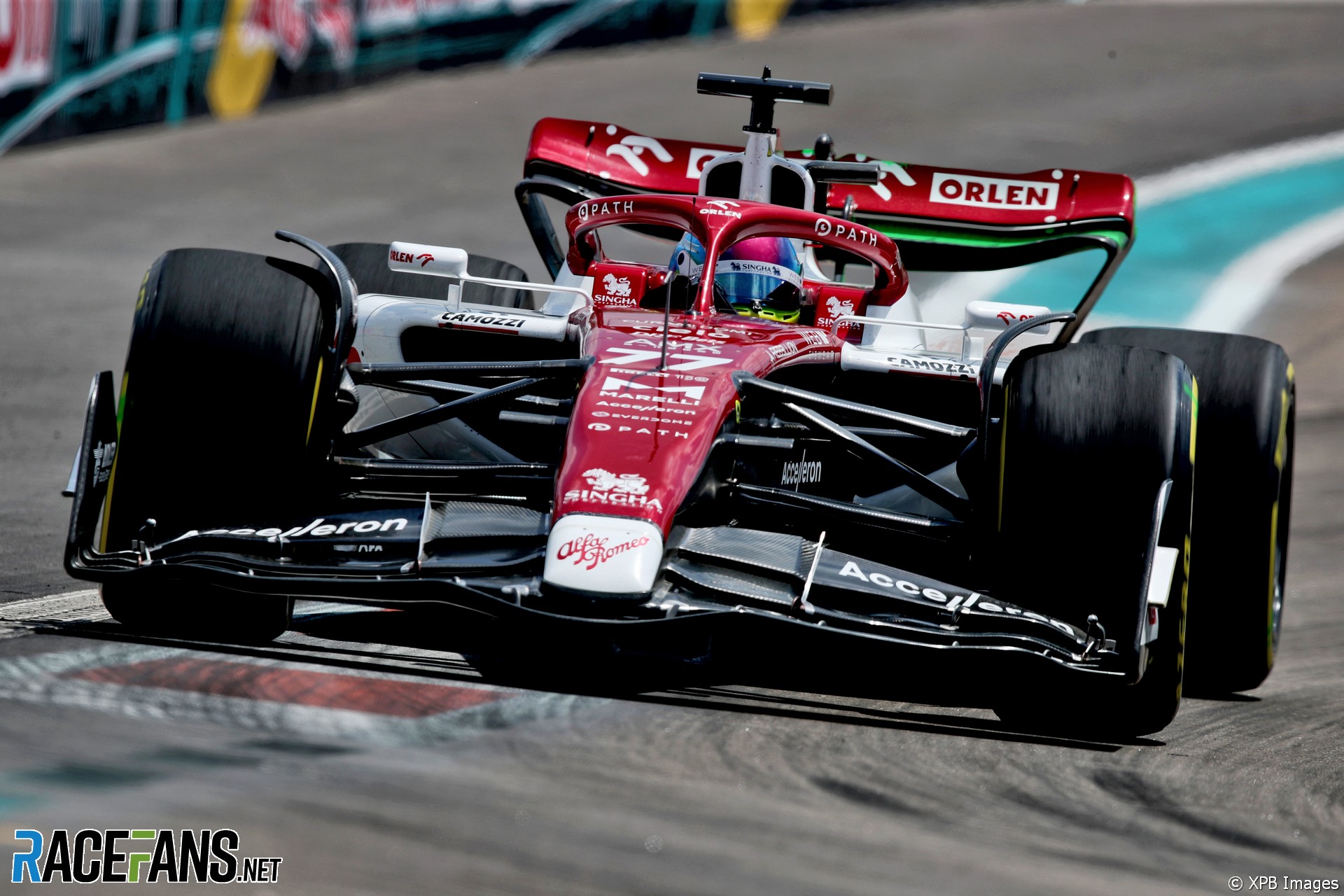 Valtteri Bottas feels he has ‘paid back’ his Alfa Romeo team by qualifying fifth for the Miami Grand Prix after crashing in practice.

Bottas spun at turn seven during Friday’s opening practice session, skidding into the barriers and causing severe damage to the rear of his car. The impact meant he was unable to do any running in the second practice session as the Alfa Romeo mechanics had to rebuild his car.

Despite the loss of track time at a new circuit, Bottas managed to secure a season-best qualifying result of fifth on the grid, the first car behind the two Ferraris and two Red Bulls. Bottas says the result marked a “great recovery” after his difficult Friday.

“I felt I had like an obligation to pay back the team with a good result,” Bottas said.

“We can be pleased with the recovery from yesterday because I missed so much running and we had a good third practice, just really focussed on priorities and getting the set-up right and then it was really up to me to find a rhythm. Lap-by-lap I could find things here and there because I did have catching up to do compared to other drivers. So I’m pleased with how it ended up and I had the best of my weekend so far in Q3.”

Asked if Saturday was the best his car had felt in qualifying so far this season, Bottas said “yes, I think absolutely.

“Coming here, I knew that this track layout would be quite okay,” Bottas said. “I think we proved that we still have a good car in slower speed corners and we’re pretty good on the straights as well.”

Alfa Romeo’s pace around the Miami Grand Prix circuit is “not surprising,” says Bottas, and will he will target a top five finish in today’s race.

“Now we’re in our best prospected scenario – behind the Ferrari and Red Bulls – we know that, realistically, fighting them will be difficult,” he said.

“But this is racing, so you never know what is going to happen. We just need to focus on our race and, if there are opportunities, take them. [Sunday] will be a challenge, it will be hot for the car, the tyres and the driver – a hot and sweaty race. We have a good race car, so we can fight to be in front of the midfield. A top five finish has to be our minimum target.”