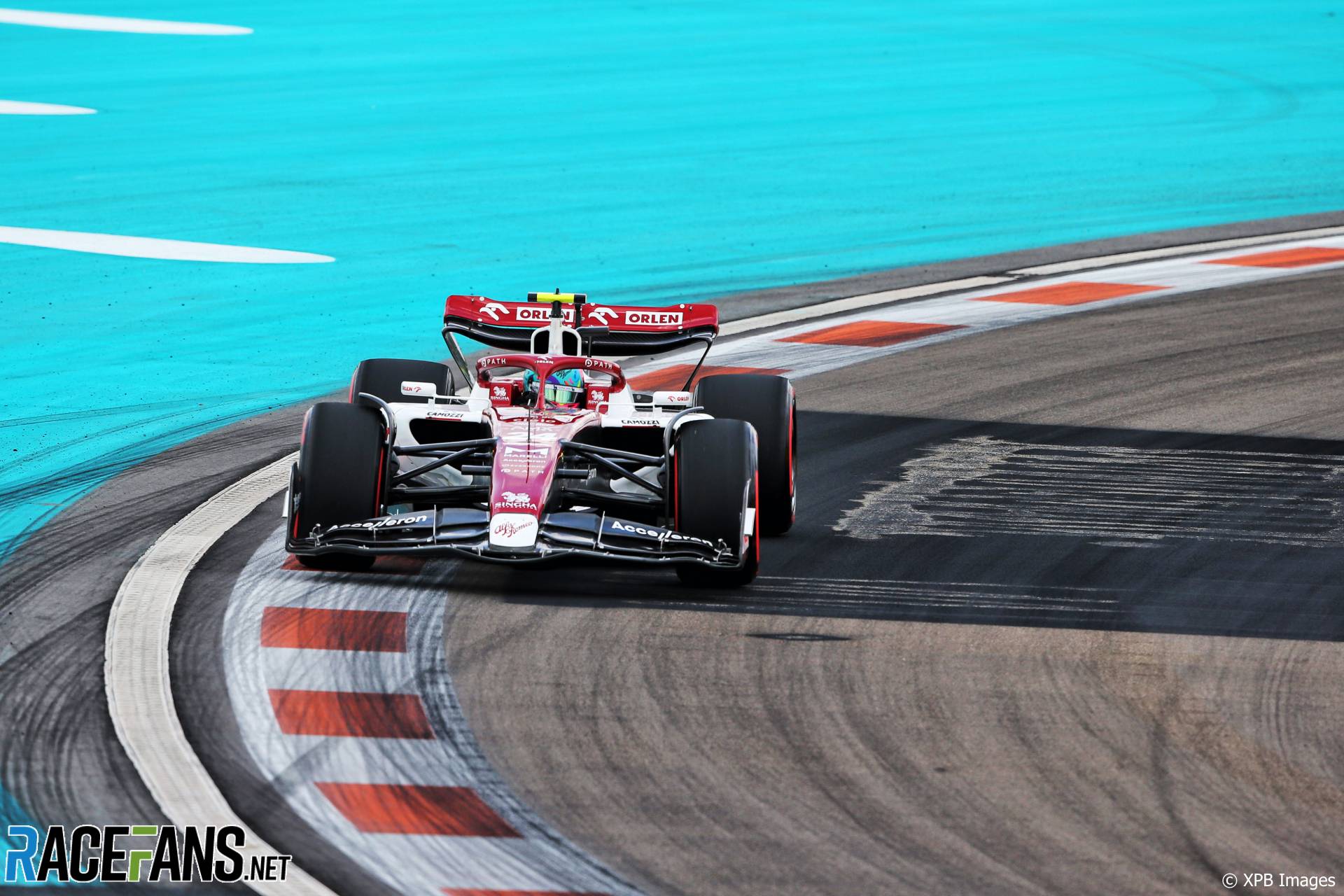 A machine which was being used to clean the Miami International Autodrome track damaged its surface in two places.

The track was patched at turns seven and 17 before F1’s practice sessions began at the track on Friday. Further repair work was performed at the turn 17 hairpin ahead of final practice yesterday.

“Unfortunately, ironically, the cleaning machine that was used to clean the track spilled a load of hydraulic fluid onto the surface and that damaged the bitumen,” Formula 1 motorsport director Ross Brawn told the official F1 channel.

“It only happened in two areas so it’s a very specific problem that I think we’re on top of.”

Pirelli motorsport director Mario Isola said the race promoters had used a water jet to clean the circuit. “On this circuit they made the usual treatment with a high-pressure water jet,” he explained. “Basically it’s going to remove the bitumen on top and expose this stones. With this treatment, you increase the level of grip.”

However the difference in grip levels on and off-line around the entire circuit remains a cause for concern among many drivers.

Carlos Sainz Jnr hopes the lack of grip will not prevent drivers being able to pass during today’s race.

“I think overtaking is possible with all these three long straights,” he said, “but at the same time, all drivers complained about the lack of grip that there is off-line.

“So if you’re going to make a pass, you need to make it stick fairly early into the braking. If not, I struggle to see ourselves doing any late moves or lunges from far behind, because there’s very little grip. Even at the start it could be very tricky on that inside line, and that outside line of turn one.”

The drivers had asked for the circuit to be cleaned again before the race. Water jets have been used at Istanbul and Singapore in previous years.

“From here, I think we’ve asked the FIA to make sure that the track is as clean as possible for that start because we could see mistakes coming from drivers that really have no blame from it – because it’s basically like driving on a dry line and out of the line is feels like it’s wet – so we need a bit of help there from the race direction to help us.