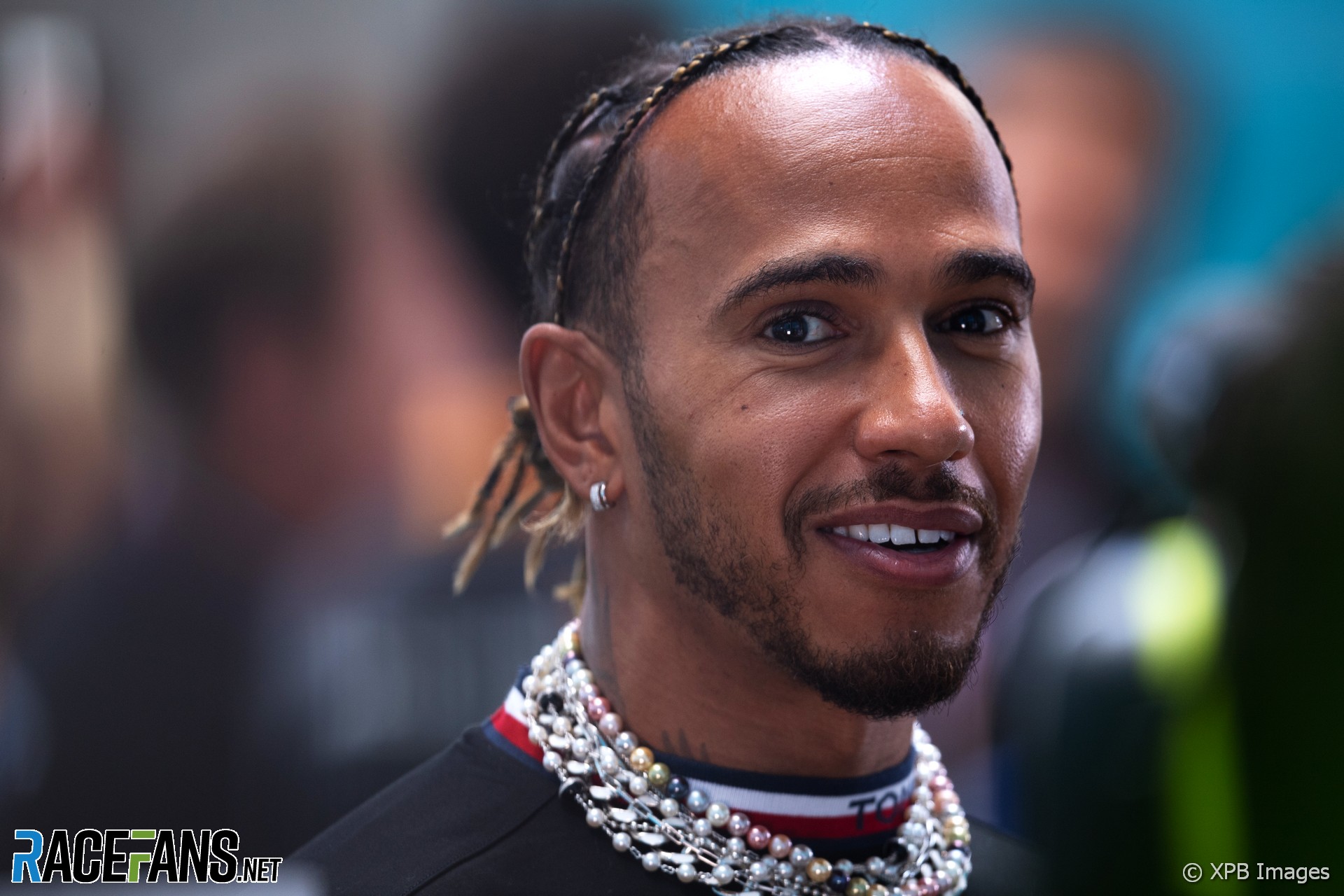 Lewis Hamilton denied he has backed down in his row with the FIA over the wearing of jewellery during races.

The seven-times world champion confirmed he has been given an exemption to wear certain items of jewellery this weekend. This follows FIA Formula 1 race director Niels Wittich’s decision to require teams to affirm their drivers will abide by rules forbidding them from wearing jewellery during races.

Before practice began at the circuit on Friday the FIA initially stated Mercedes had not given the required confirmation regarding Hamilton in their pre-race scrutineering declaration. Shortly before the session began the FIA announced the required paperwork had been completed.

“I got an exemption here,” Hamilton explained after today’s qualifying session. He made it clear he does not intend this to be a temporary arrangement, adding: “I’ll get [an] exemption for the rest of the year.”

“Wedding rings are allowed,” he added. Hamilton also pointed out he began wearing jewellery many years earlier and the FIA had not previously stopped him.

“This whole safety thing, when they told me about the jewellery they were saying ‘well, safety is everything’. I said ‘well, what’s happened the last 16 years?'”

“I’ve had jewellery over 16 years so was safety not an issue back then?” he added, laughing.

The Mercedes driver showed up to the pre-race press conference wearing a large assortment of earrings and chains plus three watches. He joked he’ll “wear four watches next time!”

“I think what was needed was a dialogue between Lewis and Mohammed,” he said. “It is clear that regulations are here to protect the drivers. On the other side we need to keep the possibility on diversity and the means of expression and expressing yourself and we know that this is important for Lewis.

“Yesterday, without going into detail where the piercing stayed and were not… I’m sure they will come to a good resolution.”