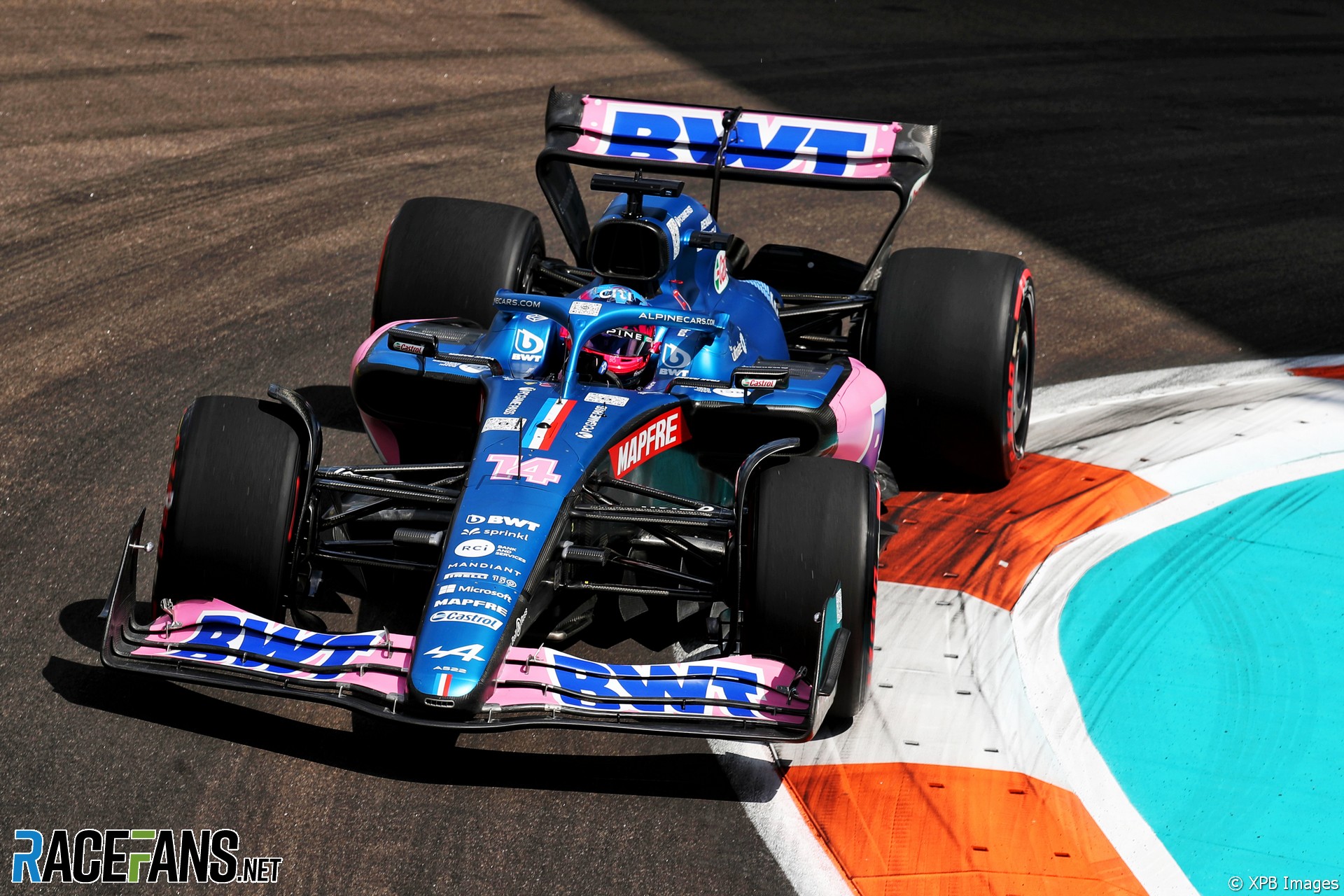 Formula 1 drivers have given a mixed reception to the series’ newest circuit in Miami after two unexpectedly heavy crashes and problems with its surface.

The drivers’ biggest concerns regard the track surface. The cars are lifting small stones from the asphalt which are being scattered away from the racing line.

This has prompted fears overtaking will be difficult in the race, and drivers could make many mistakes.

“Most importantly the circuit surface is a joke,” said Sergio Perez after qualifying. “The racing is going to be difficult. You’re going to have drivers making mistakes because we’ve been put in this situation.”

Fernando Alonso said drivers made it clear to the FIA F1 race director on Friday they expect the track to be resurfaced before F1 returns next year.

“It’s still very difficult to go off-line,” he said. “There is like gravel out of line. So it’s going to be difficult.

“We said yesterday that the track, the Tarmac is not F1 standards. There’s nothing we can do, I think this weekend we need to put [on] a show. But this has to change for next year, it’s very difficult to race like this.”

Drivers also sharply criticised the safety standards at one point on the track. Carlos Sainz Jnr and Esteban Ocon suffered heavy impacts with a concrete barrier at turn 14.

Lando Norris was unhappy no changes were made to the corner after drivers, including Lance Stroll, raised concerns about it on Friday.

“It’s a joke,” he said. “Carlos brought it up yesterday and I think there’s some things that we understand and we know better than maybe what they can see, because we know where a few more risks are and where the car’s on the limit and things like that so.

“Considering it got brought up and it’s a safety thing and something that we gave advice on and nothing was done then I think it was the same as what Lance said.”

However the layout of the 5.4-kilometre circuit was largely praised, aside from the slow chicane where the two crashes occured.

“I think the track’s awesome,” said Lewis Hamilton. “It’s a different characteristic. It’s not the same as every other one.

“There’s a couple of bumps that we could probably fix. The chicane, we should probably get rid of the chicane. But otherwise it’s great.”

“But then after I really like the high-speed section also. You can crash cars over the kerbs and carry quite a lot of speed there, it’s quite nice.

“I’m not a massive fan of that Formula E chicane, that very tight chicane. I prefer high-speed corners, especially with the car that we have. But overall, I must say it’s a really cool track to try to drive on.”

6 comments on “Miami track ‘really cool’ but surface ‘must change for next year’, F1 drivers say”