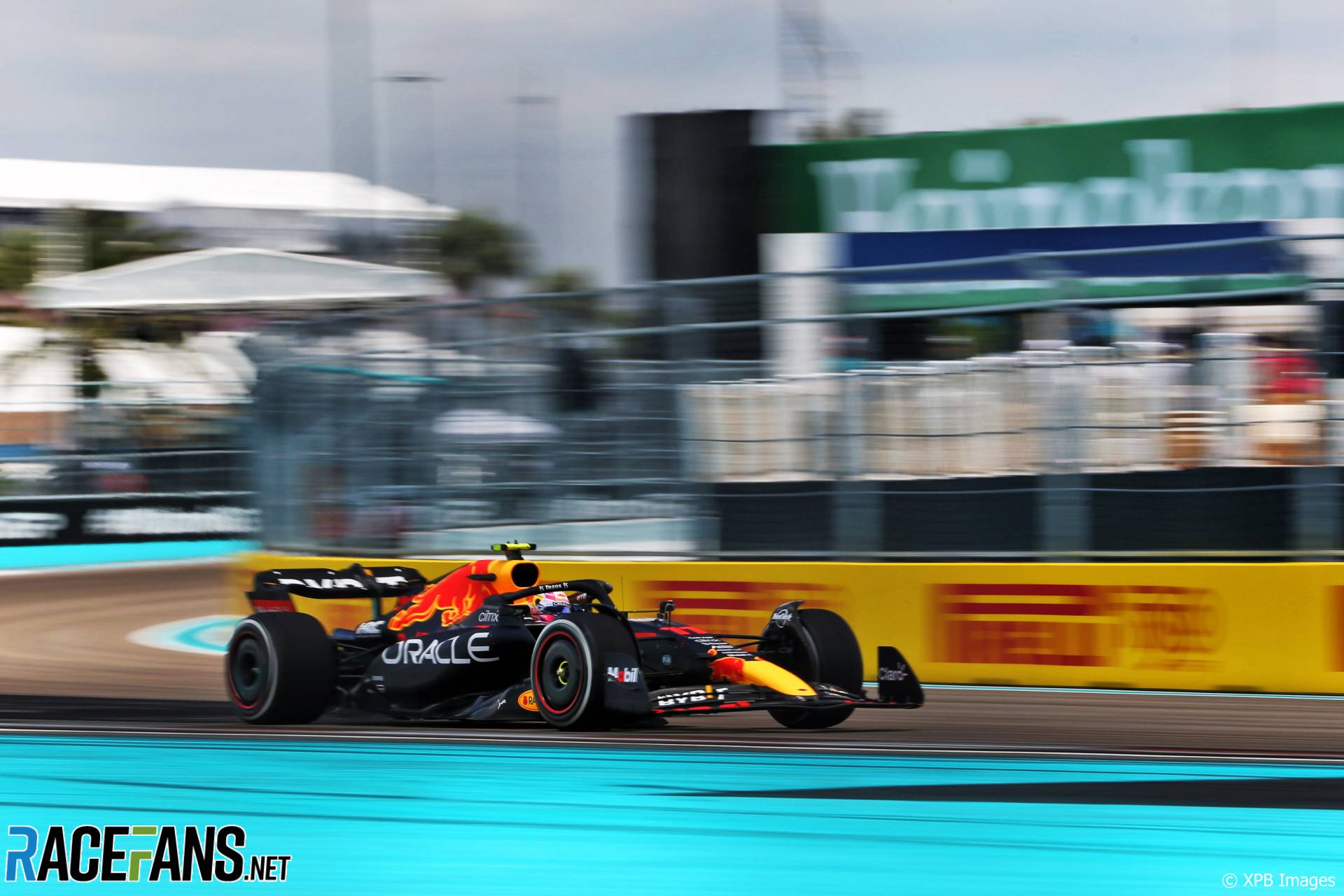 Red Bull say Sergio Perez was fortunate to finish the Miami Grand Prix after a sensor fault on his Red Bull caused a loss of power.

He was chasing Carlos Sainz Jnr for third place when the fault struck.

“I think it was a sensor issue that we had,” Perez explained. “It was working well but then when we had the sensor issue we lost like seven seconds in two laps. And then it was just a poor race.”

A Safety Car period later in the race allowed Perez to close up on Sainz. He made an unsuccessful attempt to pass the Ferrari driver at turn one, then fell back and finished fourth.

“Even with the DRS I couldn’t get close to Carlos,” he said. “The deficit on the straight line was quite hard.

“I was pushing really hard to stay close to him on the corners. My tyres were overheating so as soon as I had an opportunity, I went for it. It was too dirty off-line. After that I just couldn’t get close.”

Red Bull have already suffered three retirements this year due to technical faults. Perez is concerned the team is continuing to encounter different problems.

“We need to keep working hard because every time we’re fighting different issues,” he said. “Luckily we managed to finish the race. I think at one point it was really close to be over.”

Team principal Christian Horner said Perez had been “very close” to retirement at one stage. “He had an issue with a sensor on one of the cylinders,” he explained. “So he lost a lot of track time.

“The guys managed to move the sensors around and he was down probably 20 kilowatts in power as a result. So even with the advantage of the new tyre he had, he was probably half a second off what the car was capable off in straight-line speed. I think without that he would have probably even been P2 today.”

“It’s something we’ll work closely with HRC [Honda Racing Corporation] to try and understand and ensure it doesn’t happen in the future,” Horner added.